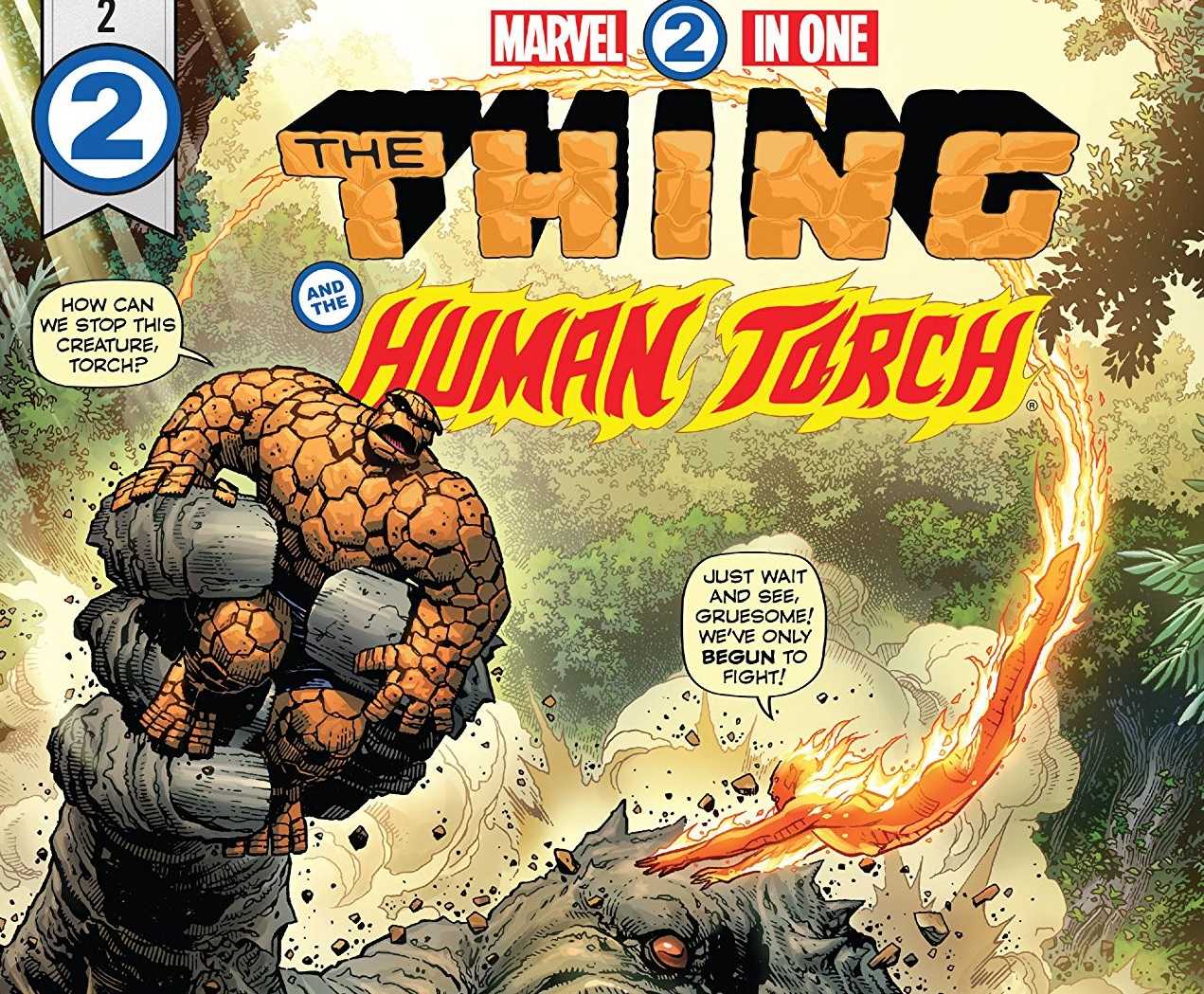 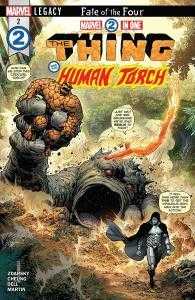 The Thing and The Human Torch are on a mission to find Reed’s device that he has hidden in the location of their first adventure – leading them to Monster Island! Meanwhile Doctor Doom is hot on their heels in search of the multiplane, can he outsmart the two remaining members of the Fantastic Four and find the tool first?

Ben and Johnny are finally on an adventure together, just like the old days, in search of the device Reed has left them to possibly help find the lost Richards family. The two find themselves battling creatures on Monster Island, but Johnny’s power seems to be a real issue for him, leading Doctor Doom to save the two and become the new ruler of the island! The search for the item continues, leading them to a the college from Reed, Ben and Victor’s past…

This issue is a real blast and is packed full of fun, adventure and real nostalgia featuring some fantastic flashbacks. I absolutely loved the earlier panels with Ben and Johnny travelling to and battling the creatures on Monster Island as Zdarsky has brilliantly captured their relationship. I loved Johnny irritating Ben and Ben playfully insulting Johnny! You can tell the two love being back on a mission together, fighting monsters side by side “just like the old days”. It’s also great to see Doctor Doom’s utter annoyance for the two even though he’s supposedly a hero now! The college flashbacks were also a really nice touch, reminding you how much of an arrogant douche Victor was.

The art continues to be absolutely phenomenal with such detail in each of the characters, really bringing 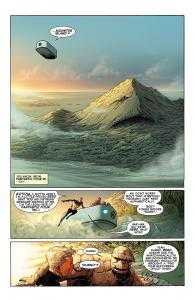 them to life! The action scenes were also a highlight as it was so great to see The Thing, The Human Torch and Doctor Doom fighting together, with Johnny’s flame and Doctor Doom’s green energy once again bringing a brilliant burst of colour to the issue. The final splash panel is also a real treat from Frank Martin!

Marvel Two-In-One #2 is another fun read and a very strong second installment that Fantastic Four fans have been waiting so long for! The ending left me so excited for the next issue, possibly setting up some interdimensional adventures for Ben and Johnny. Please for the sake of the broken Johnny let them reunite the Richards family, I’m not sure I could deal with him finding out that Ben has lied to him!