Following the release of his The Sparks Brothers documentary earlier this year, Edgar Wright returns to the realm of fiction with his latest outing – Last Night In Soho.

The film follows an aspiring fashion designer called Eloise (Thomasin McKenzie) who moves to London to study at the London College of Fashion. After moving into a bedsit, she begins to dream about moments from the 1960s and live the experiences of a wannabe singer, Sandie (Anya Taylor-Joy). Sandie attracts the attention of a man named Jack (Matt Smith), who vows to help her achieve her dream, but soon Eloise’s dreams of the past begin to turn into nightmares.

First and foremost, Last Night in Soho is brimming with spellbinding world-building and gripping storytelling that will absorb you into its experience just as easily as Eloise becomes enthralled and enticed by her fantasies. Wright effectively subverts and reinvents not only the psychological horror genre, but also his own filmography, in interesting ways. Whilst maintaining an infectious zeal for comedy, life and fantastical elements, this entry is infinitely more dark and dramatic than its predecessors. Therefore, it would be best advised to view this film with a blank slate, having no pre-conceptions of structure or tone based on Wright’s previous endeavours. It is, however, understandable that some Wright fans may not appreciate this latest piece to the same degree as a result.

Nonetheless, Wright’s comic sensibility and passion for all things music, fashion and film is wonderfully captured in every element of production. Last Night in Soho blends the slick, precise editing of Baby Driver with the chaotic energy, colourful characters and otherworldliness of Scott Pilgrim vs. The World. At once a horror, a comedy, a thriller, a mystery, a romance and a coming-of-age story, every progression and tone works to form a complementary and well-crafted mosaic.

Thomasin McKenzie and Anya Taylor-Joy are a pair who I would contend are yet to give a single bad performance between them and both give compelling, knockout performances that command attention. Women have had prominent roles in some of Wright’s previous work, but none more so than here, where two powerhouse turns are very much front and centre. The first Wright film to feature a female co-writer in Krysty Wilson-Cairns, the women feel thoughtfully written and each capture signs of strength and vulnerability in different ways.

Opposite McKenzie and Taylor-Joy is Matt Smith, who convincingly morphs into a seductive philanderer whose charming veneer all too quickly flakes away, revealing the undoubtedly rotten wood beneath. As dreams descend into nightmares, like with Smith’s portrayal of Jack, the very facade of London itself quickly peels away in a way that suggests it may not have been as glamorous as nostalgia dictates.

The film perfectly captures the authenticity of so much, from the macro of 1960s London, its aesthetic and all its glory as well as its gloom, to the micro of the modern day university student experience. It explores how some things are universal and eternal, from dancing and music, whilst others may change but be cyclical in nature, such as fashion or violence.

Change can be scary. Some people want things to stay the same forever. And yet perhaps the most frightening thing of all is how, despite everything, there are some things that unfortunately never seem to change at all.

As with all of his work, Edgar Wright acquires access to a fantastic soundtrack that breathes so much life into the film. But here, the music is woven directly into the fabric of the film itself, creating a mood and an atmosphere all of its own. The clever writing and integration of the music almost manages to trick you into believing that these iconic songs were somehow actually written for this film, each one perfectly placed.

The production design by Marcus Rowland, who has worked with Wright on all of his narrative features, is once again enchanting. Meanwhile, the makeup – courtesy of Elizabeth Yianni-Georgiou and Karen Cohen – and the costume design – from Odile Dicks-Mireaux and Alex Watherston – feel so authentic, creating believable atmospheres in the two time periods. The costume design in particular needs to be strong (and is), since it is such a fundamental component given Eloise’s fixation with fashion and clothing design.

Much of the concept hinges so crucially on visual language. From the direct visual shifts between Eloise and Sandie in their seemingly symbiotic existence during the former’s dreams and visions, to parallel motifs that call back to previous showings, the cinematography and editing are captivating. Credit naturally goes to cinematographer Jeong Jeong-hun (It, The Handmaiden, Oldboy, Zombieland: Double Tap) and editor Paul Machliss. The latter worked on Baby Driver and Scott Pilgrim, the more obviously action-heavy films amongst Wright’s filmography, so it is not surprising to see him return here. Indeed, Last Night In Soho features some of the best editing of the year so far. Visual effects are masterfully incorporated, whilst one particularly impressive editing feat revolves around seamlessly combining footage of Eloise and Sandie dancing with Jack between screen wipes. The attention to detail from a directorial and acting standpoint do not go unnoticed, of course.

Parallel imagery and dialogue is a frequent occurrence. Wright deftly integrates reused flashback footage and dialogue, plus more subtle callbacks, into the narrative in a way that truly resembles a reflection of a given character’s mindset, rather than simply serving as an amateurish reminder for the casual viewer.

Many lines of Sandie’s dialogue are later repeated by Eloise in her attempts of emulation and these add to the sense of humour running throughout the movie. Where the film does border on mundane repetition is in the third act, where the physical manifestations of the ominous threats that Eloise comes to face can feel slightly over-employed.

In retrospect, when it comes to discussion of parallels, it is almost impossible not to make a connection to another drama-thriller with a horror tinge. The use of mirror images and a woman’s desire for greatness in an intensely competitive and female dominant industry certainly evokes, on some level, 2011’s Black Swan. However, unlike Aronofsky’s piece, where mirrors are used to create frightening terror and represent an emerging dark ego, they serve a slightly different purpose here.

Mirrors mark an interesting choice for the screenplay. They serve as a source of personal reflection and reflect the “truth”. But whilst the images they display are reflection of free-willed, agentic individuals, the actions of the reflections themselves are ironically bound, inherently and inevitably, to the actions of their “real” counterpart. Such an observation invariably parallels one of the central aspects of the plot – that throughout history, women have often been subjugated into being passive, bound and dependent observers of their own experience, lacking autonomy and the ability to break free.

The screenplay is exquisite. It touches so effortlessly on many important and timely social issues, including but not limited to mental health, female abuse, misogyny, toxic masculinity, grief, trauma, imposter syndrome, ancestral legacy, and the perceived but sometimes nonexistent familial pressures of the contemporary era.

Wright and Wilson-Cairns are able to perfectly balance the sheer terror and unsettling mystery with the pure delight and humour. There are an abundance of genuine laugh out loud moments that in the hands of other filmmakers could easily border on insensitivity to the subject matters. Yet under Wright’s careful watch, these further enhance the world-building and character development, fleshing out the core characters and giving them a life and a vibrancy all of their own. Each character comes across as an idiosyncratic individual, both multifaceted and distinct.

In turn, we are compelled to care for and sympathise with these characters in what is a very natural development. Such effortlessness is testament to Wright’s direction, the screenplay and the strong performances.

By the time the final credits roll, you are left with the unshakable feeling that you will want to watch this film again on the silver screen. Speaking of credits, dispersed throughout them is a series of nighttime clips taken of London during the pandemic lockdown. This footage that flashes up on screen works surprisingly well, serving as a brilliant conclusion of the film’s themes and narrative of the past and the present, legacy, the emptiness and hollowness of entering a new city by yourself, and the subsequent desire to escape. The depiction of a literal ghost town versus the film’s metaphorical and metaphysical ghost town works surprisingly well.

A few issues, particularly in the slight messiness and exaggerated nature of the third act, can be forgiven. This is otherwise a genuine masterpiece, guided by impeccable direction from Wright in what is very nearly his best film to date. 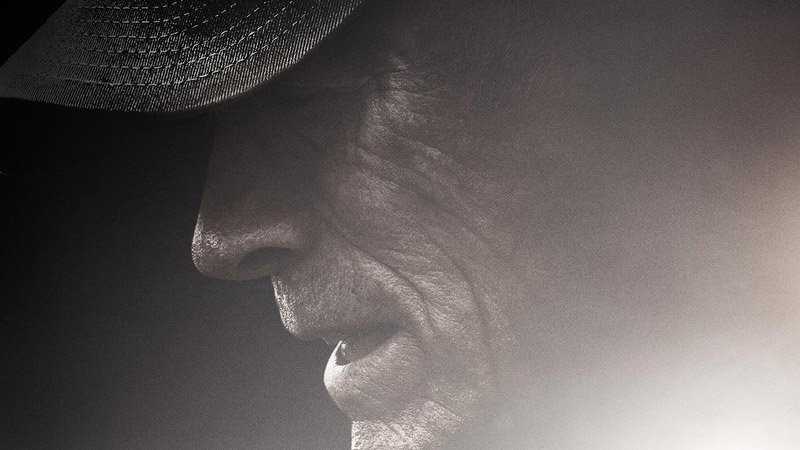 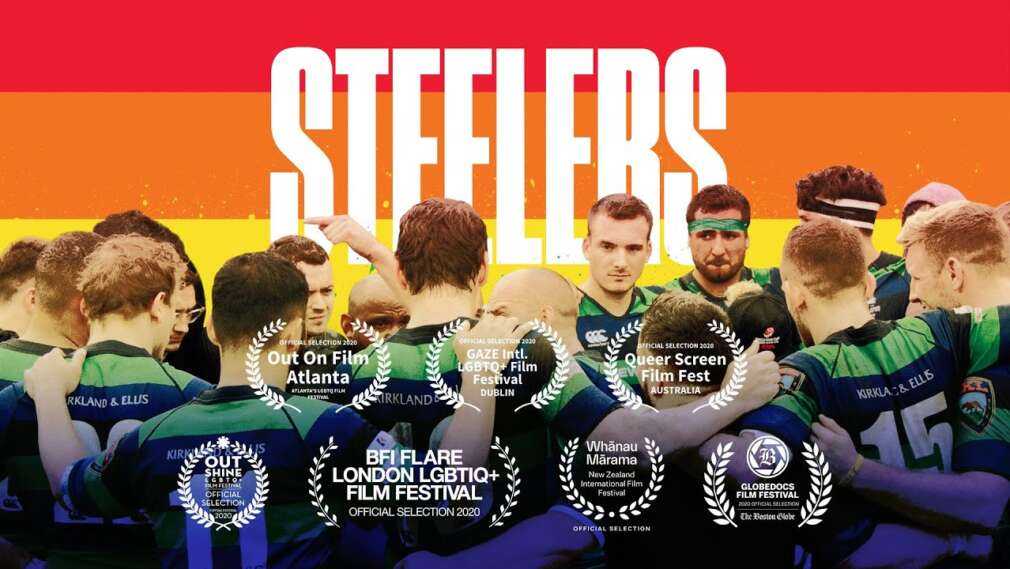