I have a confession to make; I’m a sucker for Christmas rom coms. Not the terribly cheesy Hallmark Christmas offerings, although given enough wine and mince pies I’m sure they’ll be my cup of tea, but the typically sappy and endearing British variety. Yes Love Actually, The Holiday and (technically) Bridget Jones’s Diary are always at the top of my rewatch list. So when I saw the trailer for the Richard Curtis-esque Last Christmas; a rom com set in London written by Emma Thompson and based around George Michael’s music, I couldn’t help but get excited. And despite the plot holes and predictable ending, I actually enjoyed the hell out of this delightfully charming festive romp!

Directed by Paul Feig, Last Christmas centres on Kate (Game of Thrones’ Emilia Clarke), a twenty six year old boozy, hot mess who works as an elf in an all-year-round Christmas store. Struggling with chasing her dream of singing full-time following a past illness, she’s spiralling out of control; her self-destructive behaviour is straining her close friendships, leaving her technically homeless and dangerously close to losing her job. That’s until her meet poop with dreamy part-time cycle courier Tom (Henry Golding), a constantly optimistic soul who urges her to “look up” at the London skyline, as she’s missing the hidden beauty of the city. The more time the two spend together exploring the quirky wonders of London, the more he helps her heal; inspiring her to volunteer at a nearby homeless shelter and reconnect with her estranged family. But as Kate starts falling for Tom, he seemingly becomes harder and harder to contact – is he really as perfect as he seems?

Yes the film is pretty darn predictable; if you’ve seen the trailer you’ve probably already worked out the twist, but there’s also a lot to like about this festive offering, particularly the surprising choice to opt for more of a scrooge arc than a rom com. Yes this approach might not be for everyone, especially those who thought this was going to be an all out fuzzy feels film (including yours truly), but the subversion of our expectations (and the genre) was actually quite refreshing. This film is much more about Kate’s moving journey to self acceptance; working through her pain and trauma to progress from the nihilistic and at times selfish outlook, to learning to love life again. At times Thompson’s script also shines a light on the current topical quandaries such as Brexit, homelessness and the worries of coming out, but with the short runtime, doesn’t really explore them all that effectively. 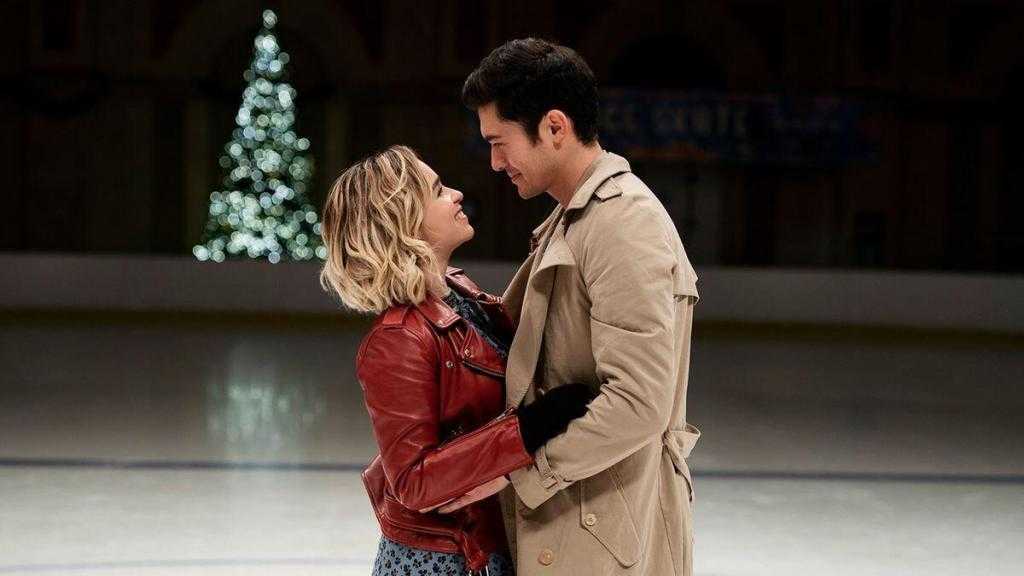 However my biggest gripe with Last Christmas is the apprehension to actually dive below the surface level on a lot of Kate’s central issues; there’s a definite over-reliance on mentioning how awful something is, but then a total avoidance to actually explain or demonstrate why. Take for example Kate’s strained relationship with her dysfunctional family, especially with her mother and sister, which all seems a bit Fleabag-esque. We’re told that their mother is terrible and that their father works all the time to avoid her, but why?! There’s also an all too fleeting glimpse of Kate’s pain behind her sarcastic persona and smudged eyeliner, as she opens up about her illness with Tom in one of the film’s more tender and raw scenes. But most bizarre of all is the much talked about twist in the third act, which has left me with so many unanswered questions!

Twist aside, this film is hard to resist, mostly thanks to Emilia Clarke’s very likeable turn as the awfully Bridget Jones-esque Kate. I tend to find her performances outside of Game of Thrones particularly hit and miss, but with Last Christmas Clarke clearly revels in the role. Oh and did I mention the strange fact that she’s dressed as an elf for pretty much the entire film?! On swoon duties is Crazy Rich Asian‘s Henry Golding as the charming but mysterious Tom, and together the pair are definitely a great match, but unfortunately there’s just not enough shared screen time for the central chemistry to truly blossom. On supporting duties is Star Trek Discovery’s fantastic Michelle Yeoh as Santa, Kate’s utterly exasperated manager who, for some crazy reason, really does care for her. Thompson meanwhile turns up the hammyness as Kate’s Yugoslavian mother and there’s also a particularly bonkers reoccurrence of a random police duo that keep popping up!

Despite the rom-com shortcomings, Last Christmas is a sweet tale of redemption that features enough heart and festive aesthetics to kick off your Christmas rewatches. Love Actually, anyone?