The latest entry to the Marvel Cinematic Universe, Captain Marvel, continues to break box office records as fans continue to rewatch the film in the run up to Avengers: Endgame. Brie Larson’s origin tale has seen an increase in its box office gross this Easter, with a reported $9.1 million taken this weekend!

We loved the film here at We Have a Hulk, particularly the strong empowering message, so when we were offered the chance to talk to a star of the film, we jumped at the chance! In our latest interview we chat with Sharon Blynn, the actor who played Skrull Soren, on her experience working on a Marvel film, what it was like working with Samuel L Jackson and Ben Mendelsohn and what Goose the cat is really like!

NA: So how are you doing, are you super busy after your Marvel breakthrough? How crazy is that!

SB: It’s pretty crazy and yes I am busy for a lot of reasons, but definitely filled with/brimming with excitement and buzzing about it all still! I don’t think that’s ever going to go away for the rest of my life frankly!

NA: So how did you first get involved with the film and Marvel?

SB: Oh, just a good old-fashioned audition situation. My reps sent me out for an audition, a little bit unusual in that it had no lines, so it was just a couple of sentences describing a scenario and I had to create that in the room by myself. They actually did have a reader, which was cool, but I was ready to do it with just the cold eye of the camera – but it was very secretive! I think they are notorious for that, so I didn’t really have any information, no storyline, no background or context, just a generic description of a scenario to create and then I just had to sort of make it up!

NA: So you said it was super top-secret, so when you first heard the project was Marvel, were you a big fan of those films and comic books beforehand?

SB: Yes, I’ve been a Marvel fan since childhood; Stan Lee, comic books – all of it! I used to hang out with some neighbourhood friends of mine, a friend of my brother had boxes of comic books in the sleeves and everything, organized alphabetically and we would spend many hours every afternoon after school just in the garage, leafing through them. And then I’m a big toon head, so cartoons, not just Marvel cartoons, but Looney Tunes and all that classic stuff too, so yeah it’s in my blood.

NA: So how did you celebrate when you actually found out it was a Marvel film?

SB: Oh my gosh, in the moment I was completely frozen and I think I was on the phone with my rep, Kat, when she called me and we’re both fans actually, so we’ve both been kind of geeking out about it the whole time! But when she called me she said, “okay I need you to sit down – are you sitting down?” and I was kind of like oh my gosh, this could be horrible news or really incredible news, so I sat down and I was just waiting for the word. She said you booked it, and I just lept out out the chair and I was pacing back and forth just like oh my God, oh my God, is this real, are you sure it is real? You sure it’s not going to go away, right? She’s like, no, it’s not going away, you’re in, you’re booked – and it was like 20 minutes of pretty much laughing, crying and total joy. 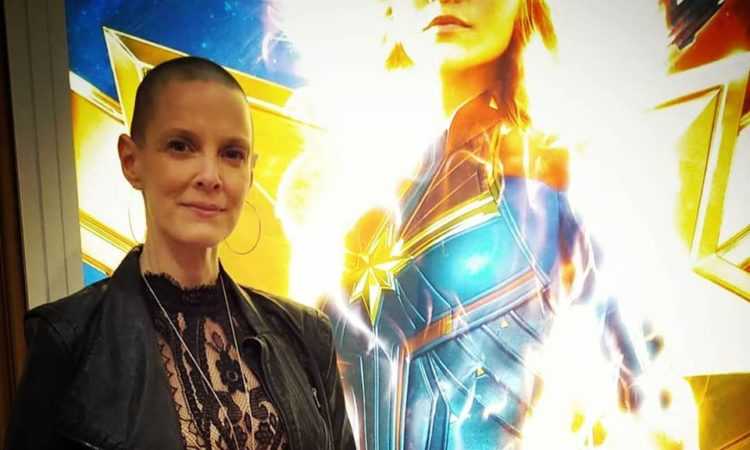 NA: So you play Soren, a Skull, in the film. How long did it take to do the makeup and get into costume?

SB: The prosthetics application was about two hours, the first time was a little longer just to get us used to it and I had two make up guys, Chris and Mike, they were a team, and they were awesome and so they kind of got their flow and rhythm, together, and I think by the last shoot days we had it down to like 90 minutes or so. But yeah, not too bad.

NA: So moving on to something completely different, I was a huge fan of Goose the cat, what was the cat like in real life?!

SB: Oh my gosh, you know the funny thing is, I’ve seen cats in commercials and I did not realise they could be trained that way, I always think of dogs like that. So it was totally intriguing just to watch the animal trainer on set, I’ve never worked with an animal on set like that, so that was so fascinating. They had this clicker and of course there’s food as a reward type of thing, and then they had special different coloured dots that they laid down to get the cat to go to his mark.

So yeah, cats are naturally a little bit finicky, I think I was a cat in a previous life! But it was amazing – they would come in and especially in the scenes where there were a lot of us in the room, we had to be totally quiet and still, when they were kind of doing the set up and the trainer was trying to basically run to the blocking for the cat. And some ways it was also kind of funny as a human watching as it was kind of what directors do with us but we just don’t get the food rewards every time we do something right! So it was really awesome to watch, and they also had a stuffed animal version, so they had both the live cat and then just a doll version to use for different scenes where it didn’t require the cat to take action, and that looked just as real – it was a trip! Yeah I’ve never seen that before.

He was adorable by the way, he’s sweet and I was going to say sweet in person, but he’s sweet in cat too!

NA: So you worked with a cat and a kid at the same time?!

NA: So was there a particular moment in the film where you knew you working on something special? Because when I’ve been to see this film there was a little girl running around like a superhero afterwards and it’s just so nice to see children being inspired.

SB: Yeah, I just think the energy on the set too, obviously knowing that it’s Captain Marvel, I was already really excited. And then working with Anna Boden and Ryan Fleck, the directing team, who I’d just met before learning I booked it, we just kind of sat in a room and talked too, which I’d never done before, and working with a directing team. There’s a lot of firsts for me in the movie! But just being on the set, I think there was a combination of probably the energy of what the story is and the female-lead superhero aspect, and then also having a female director and there were also women in other positions in the crew that were normally dominated by men, so I think it sort of permeated the whole set and everyone was in this kind of energy and spirit of, hey we’re doing something really special here. And it felt that way just from the moment I stepped on the sound stage for the first time.

NA: Nice! So what was it like working with such amazing actors like Samuel L Jackson – that must have been pretty special?!

SB: Oh my gosh, yes! He is such a character and Ben Mendelsohn too – I got to be married to be Ben Mendelsohn for like a short period of time! I thought it would maybe be a little intimidating at first, just because of who they are and kind of who I am, I’m like well little old me, Sharon Blynn, hey big acting people, thanks for letting me join in the party! But there were no vibe in terms of there was no kind of energy of looking down like who is this little person – they were immediately inclusive and welcoming. And working with Ben, he’s very open and present, so just from the first time we met, we immediately just had a great vibe and connection and he’s very grounded and focused when he’s in the work and then off in between sets, he’s a total goofball like me, so he’s playing music and goofing around and dancing, and I was like, okay I can get with that! 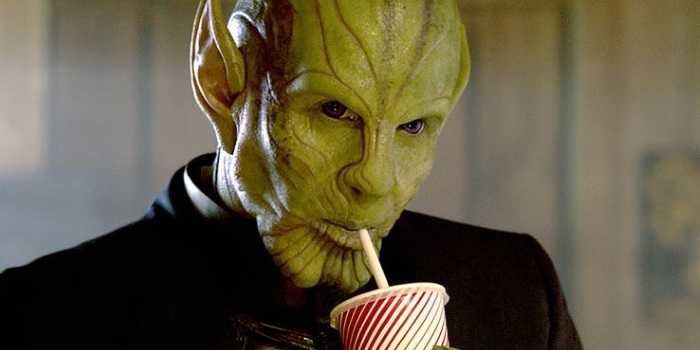 NA: Nice! So are you looking forward to Avengers: End Game?

SB: Yeah, yeah, I’m very excited to see that! I’m trying to avoid everything but there’s all these articles and even in the previews in the movie theater and it’s like I don’t wanna know anything! And there’s articles that are coming up that are talking about spoilers that if you read, then they already gave this or that away and I’m like, just stop posting it on my feed, I don’t wanna know anything! I want to see it the theater with everybody else, but yeah very excited to see how Captain Marvel fits in to the story, as she was teased in the Infinity War post credit scene with her logo on the bleeper. So we’ve seen her origin movie, and this is the bridge between those two movies, so now it’s sort of like the trilogy coming together now and her whole story. So yeah, really exciting!

NA: Is there anything else you’re working on that you can tell us about?

SB: Nothing to speak about in detail, but if people wanna follow me on social media and stay tuned, I’ll obviously let people know as things are coming in and happening. My website is www.baldisbeautiful.org, my Instagram is @bald.is.beautiful, and I’m at @sharonblynn on Twitter! 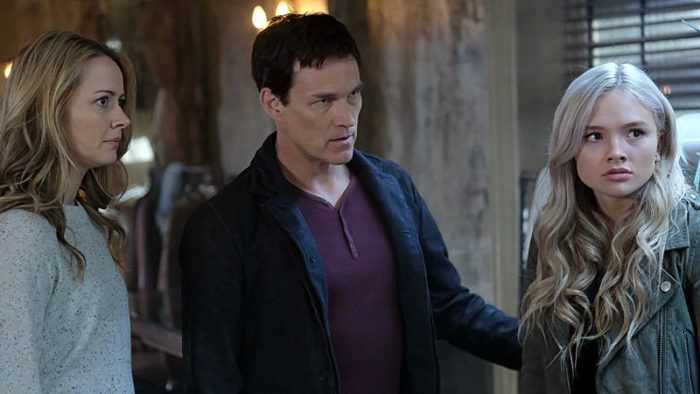 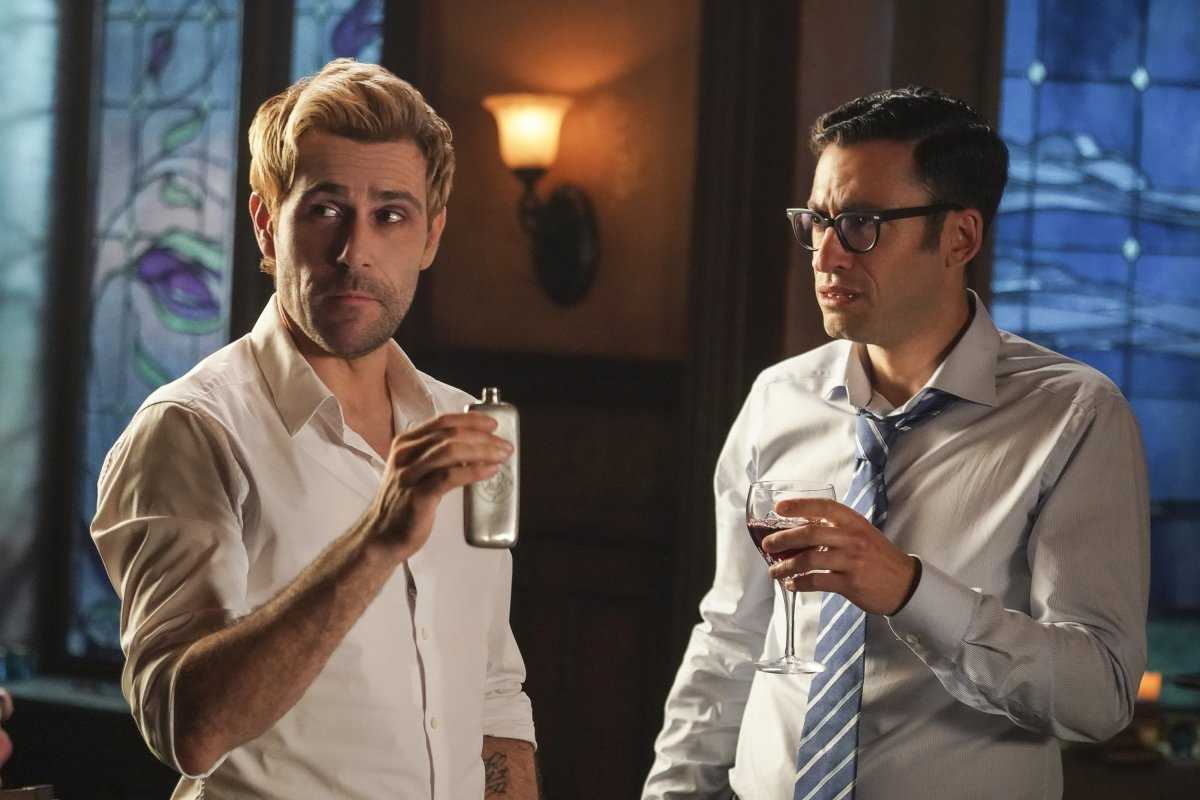