Director Malgorzata Szumowska is back in the UK with her latest film Mug (Twarz), a based-on-a-true-story satirical drama that follows Jacek, a young construction worker in Poland who undergoes a succesful face transplant following a grisly accident at work. Following the return to his provincial hometown, Jacek struggles with his identity and fitting back in with the community as he’s met with fear and contempt. Following the film’s success on the festival circuit, especially at the Berlin Film Festival, the BFI have now premiered the film in the UK, and we had the chance to sit down with the director to discuss the film and its reception.

So you’re about just to show Mug at the BFI in London and you’ve previously shown it at the Berlin Film Festival – how excited are you to show your new film to a new audience?

MS: I’m very excited and happy that I can share my film with a UK audience, because I think the reaction of UK journalists at The Berlin Film Festival, especially the Guardian, was very enthusiastic. And what I’ve noticed is that the UK journalists catch the black humour and the irony in my film and they’ve read this exactly the way I would love to be written, so yes, I’m very excited. And there’s also one sentimental story with my first film called ‘Happy Man’ when I was 25, I was taken by BFI too because Jeff Andrew, the UK film critic, he had chosen me with my film to be distributed in BFI theaters, and I was so young and it was so interesting to me, and now I’m coming back with MUG after many years!

Could you tell us a little bit more about Mug and the inspiration behind the film?

MS:MUG was inspired by the real life events where a man damaged his face in a work accident and a very famous Polish Surgeon operated and gave him a transplant. But, I avoided making a realistic film based on the facts, as we built a completely new story which is a sort of fairy tale/fantasy movie. I also featured grotesque elements and a satire on society.

I absolutely love the opening scene of the film with people stripping for the TV sale. Is this an actual event in Poland? And can you tell us more about this?

MS:In Poland this is a big tradition, you can even watch it on YouTube, but in this case they don’t actually get naked! It’s a fairytale/fantasty part I would say, but yes, the people in Poland, we have a long tradition when it’s a special sale or discount where people are almost fighting over these goods which they consider as very cheap, especially before Christmas time! But to me this scene is kind of a metaphor for 1989 when communism fell in Poland and suddenly we had everything in the shops which before were completely empty, and people get completely crazy about material things. 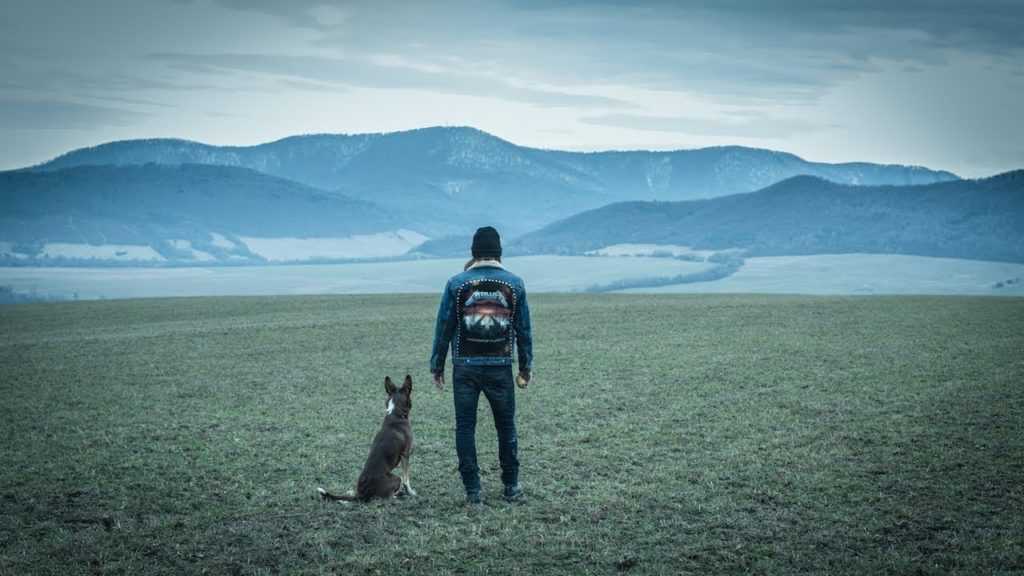 So this film explores identity as well as faith – how much would you say Poland’s identity and values have changed since capitalism?

MS:Yeah, I think we have to face the idea of losing faith and having a new faith because the film is about identity and also about Polish identity. Polish identity is very difficult – we have a very brutal, very difficult history and martyrology is very huge. I think we have a lot of problems with identity because Poland didn’t exist on the map, then it was occupied in the second word, and then it was operated by a communist government. It’s a very complicated story with our identity, and also I think even now, we are a central country – we are not Eastern and we are not Western. Some people identify with Eastern more, some with Western more, and their Polish identity is a very complex and complicated issue, in my opinion.

So following the main characters face transplant, that was pretty impressive makeup with the new face. How long did that take to do each day?

MS:Oh my God, it took like four hours each day! The makeup artist, Waldemar Pokromski, he’s very famous and doing a lot of international stuff, he actually brought the mask, the original face mask from London. He spoke with English make-up artists and they said the longest a British actor has stayed in the mask was six/seven hours and it was really too much, whereas Polish actors have stayed in it for 12 hours! I think it shows how strong a nation we are!

So what was it like filming that crazy exorcism scene?

MS:To film it, it was very crazy! We were all improvising! At the beginning, people were ashamed that they had to do such strange things infront of the camera, but after an hour they really got crazy, all of them – and in editing we even had to cut some moments. But yeah, it’s a kind of joke but at the same time, it’s no joke, because in Poland there are still many, many exorcisms each year for different reasons! And in Italy too…In Catholic countries they are still doing this.

Wow! So what was the reaction to this film in Poland?

MS:It wasn’t a huge success, I would say, as most of the people rejected it saying that it’s not a comedy. We used the quote from the Independent film critic on the poster mentioning a black comedy and they just didn’t get it! People thought that I was making rude jokes about the country, they unfortunately didn’t read the tenderness in the jokes and that they didn’t read the irony. It was kind of frustrating the reaction in Poland as it was such a different reaction then Berlin or in other countries, it was such an opposite reaction. 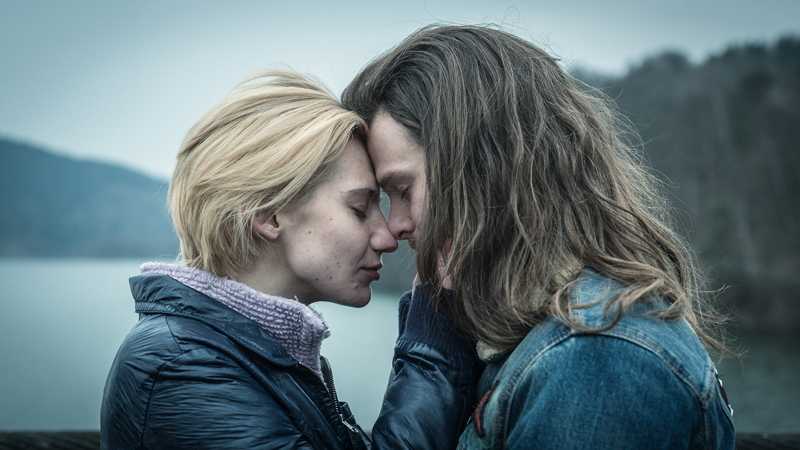 That is surprising, because here in the UK we actually quite like self-deprecating humour!

MS:There was something in this film which maybe made people uncomfortable – but maybe that’s not a bad thing! And also, I’m not complaining because it’s very very often that these kind of themes are not recognizable in my country of origin I would say.

Throughout the film you used a really interesting camera technique, what was the inspiration behind that?

MS:We decided with cinematographer Michal Englert, who was at the same time a co-writer, which is a very unique combination. We decided to use swift lenses to lead the audience into which part of the frame to watch, because we were deciding which part is and isn’t in focus. Through this we can show that the word he’s leaving is a deformed world, it’s a fairytale and its fantasy, but at the same time, when he’s losing faith, he’s also losing focus. So we are seeing with him and we see the world through his eyes. But in general this world is a deformed world.

Can you tell us more about Christ the King statue in Poland because it beat Brazil’s statue didn’t it!

MS:It’s very funny! The statue is located in Swiebodzin and is the biggest statue in the World of Jesus Christ, bigger than the one in Rio de Janeiro! It was funded by the donations of the local people. I think it shows a little bit how much we are crazy about being the best, being the biggest, being the most important and being the most powerful. And it’s absurd because somewhere in the empty, flat landscape there is a huge statue. We actually had to create the statue in the film, it was partly CGI and partly created by set designers, because we weren’t actually allowed to film the real statue because they would immediately think that it’s going to be a joke!

So after the MUG press tour, what’s next for you?

MS:I have a few projects on the go – I have one English-speaking project, but let’s see if it’s going to happen! This is a genre movie – first time in my life! Then I have a black comedy about the Polish middle class and I also have an experimental Polish/Moroccan film – I have like 3 films to do.

Mug is currently being shown in select cinemas across the UK. 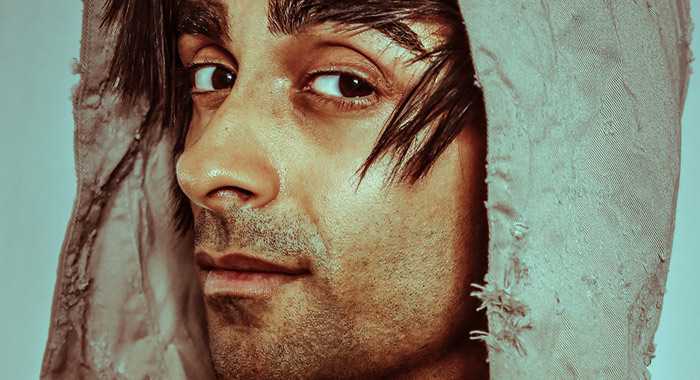 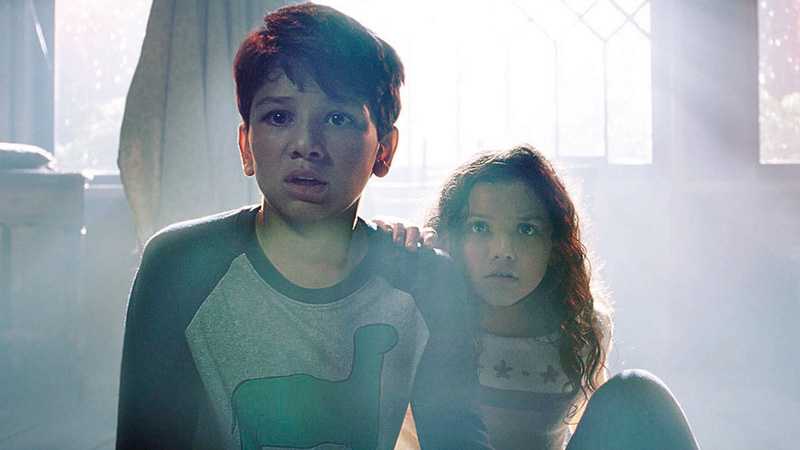 Interview: Roman Christou on ‘The Curse of La Llorona’