by Nicola Austin November 12, 2021
HomeAll Posts...Disney+ Day: All of the Disney reveals

In celebration of Disney+ Day, the second anniversary of the streaming platform, Disney+ unveiled more than 17 new pieces of content, but also debuted dozens of first looks, new trailers, and exclusive clips from The Walt Disney Company’s world-class studios that showcase the incredible breadth of content coming to the service in the years ahead.

Today’s Disney announcements, which are heading to streaming service Disney+, include:

Announced last December, the series focuses on the Big Hero 6 star and his adventures with his family in San Fransokyo, as he attempts to help anyone and everyone, even if that means covering the Lucky Cat Cafe when he can’t even put on a coffee cup lid!

Stars Amy Adams and Patrick Dempsey share that Disenchanted, the sequel to the hit film Enchanted, will stream exclusively on Disney+ in Autumn 2022.

Check out a brand new video from the stars below:

Amy Adams and @PatrickDempsey are sharing a bit of magic straight from Andalasia! #DisneyPlusDay #Disenchanted pic.twitter.com/gOdflzQWWs

View the first-look image below:

Go back to the fast-paced mammal metropolis of Zootopia with new art from Walt Disney Animation Studios’ “Zootopia+,” a new short-form series coming to Disney+ in 2022.

View the first-look image below:

Go back to the fast-paced mammal metropolis of Zootopia in Zootopia+.
The new short-form series coming to Disney+ in 2022! #DisneyPlusDay pic.twitter.com/qmUY5kXUcM

Walt Disney Animation Studios announced that Stella Meghie (“The Photograph”) will be director and writer of the new long-form musical series, “Tiana,” coming to Disney+ in 2023. In the series, Tiana sets off for a grand new adventure as the newly crowned Princess of Maldonia, but a calling to her New Orleans past isn’t far behind.

#Tiana, the new long-form musical series, directed and written by Stella Meghie, comes to Disney+ in 2023.
The series follows newly crowned Princess of Maldonia on a new adventure, but her New Orleans past isn’t far behind.👑 #disneyplusday pic.twitter.com/bRWmsoaXtS

Cheaper by the Dozen:

Gabrielle Union and Zach Braff announce that their reimagining of the hit family comedy “Cheaper by the Dozen” will be coming to Disney+ in March 2022.

View the announcement below:

.@ItsGabrielleU and @ZachBraff are giving you a dozen reasons to be excited this #DisneyPlusDay. pic.twitter.com/r8Sr0nQmQ7

Diary of a Wimpy Kid:

The Beatles: Get Back:

Watch a new clip from Peter Jackson’s upcoming docuseries, “The Beatles: Get Back,” showing the legendary band performing “I’ve Got a Feeling.” The three-night event starts streaming on Disney+ on November 25, 2021.

View the clip below:

Better Nate Than Ever:

Based on the book by Tim Federle, “Better Nate Than Ever” will premiere on Disney+ in Spring 2022. The comedy adventure stars Aria Brooks, Joshua Bassett, Michelle Federer and introduces Rueby Wood as Nate, with Norbert Leo Butz and Lisa Kudrow.

Simon Pegg is back as Buck in “The Ice Age Adventures of Buck Wild,” an all-new movie, premiering January 28, 2022 on Disney+.

View the teaser trailer that features Buck, Crash & Eddieand a few new friends as they go on a prehistoric mission to save the Lost World from dinosaur domination below:

❄️ @IceAge is back, and it’s coming to #DisneyPlus! Get ready for a wild prehistoric adventure! Check out the teaser trailer for The Ice Age Adventures of Buck Wild, streaming January 28. #DisneyPlusDay pic.twitter.com/KKGe0EUQTP

Lace up and dream big with the new trailer for the Disney+ Original Movie “Sneakerella.” Set in the avant-garde street-sneaker subculture of New York City, the high-energy, music-driven movie puts a gender-flipped twist on the “Cinderella” fairy tale. “Sneakerella” premieres exclusively on Disney+ on February 18, 2022.

View the trailer below:

The classic fairy tale with new heart and sole. 👟 Stream #Sneakerella, an Original Movie, February 18 only on #DisneyPlus. #DisneyPlusDay pic.twitter.com/VThDtORcTS

The Proud Family: Louder and Prouder:

It’s time to get loud with the Prouds in the trailer debut for “The Proud Family: Louder and Prouder.” The new series, based on the Disney Channel series from the 2000s, starts streaming February 2022.

View the trailer below:

They’re 🗣louder🗣 and 🗣prouder🗣 – and on their way! #TheProudFamilyLouderAndProuder, an Original Series, starts streaming February 2022 only on #DisneyPlus. #DisneyPlusDay pic.twitter.com/5nVUiiCVif

Love is an open door outside the halls of East High. Season three of the show will follow its characters to sleepaway camp for a summer of campfires, romances, and curfew-free nights.

Disney+ announced a new live-action series, “The Spiderwick Chronicles,” a modern coming-of-age story combined with fantasy adventure from Paramount Television Studios and 20th Television, one of the Disney Television Studios. The series, based on the beloved, best-selling books, follows the Grace Family—twin brothers Jared and Simon, their sister Mallory and mother Helen—as they move into their dilapidated ancestral home. They begin to unravel a dark mystery about their great-great Uncle who once discovered the secret and sometimes dangerous faerie world.

Your field guide to a world of fantasy. #TheSpiderwickChronicles, a new live-action Original Series based on the best-selling books, is coming to #DisneyPlus. #DisneyPlusDay pic.twitter.com/AbDkEPntZV 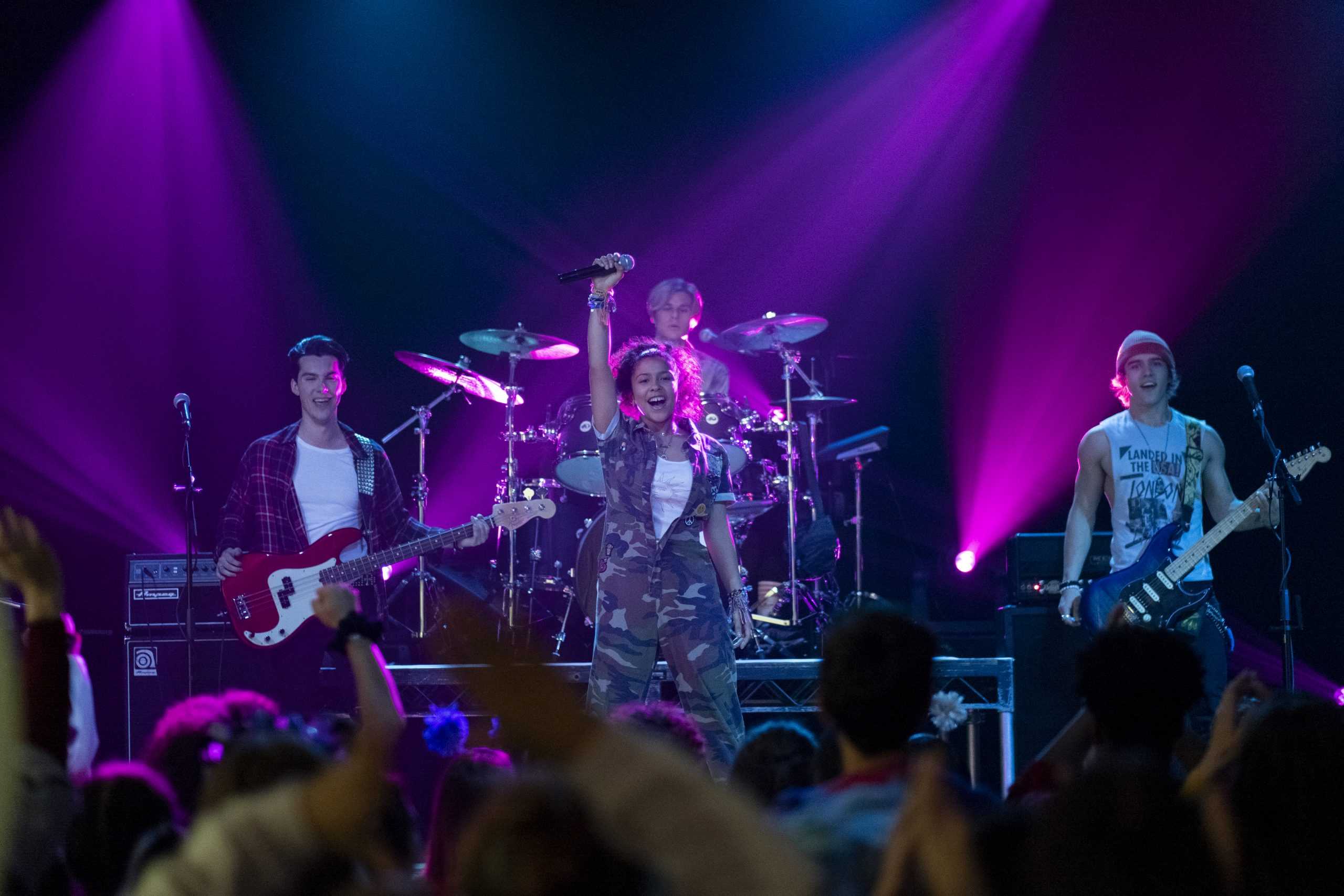 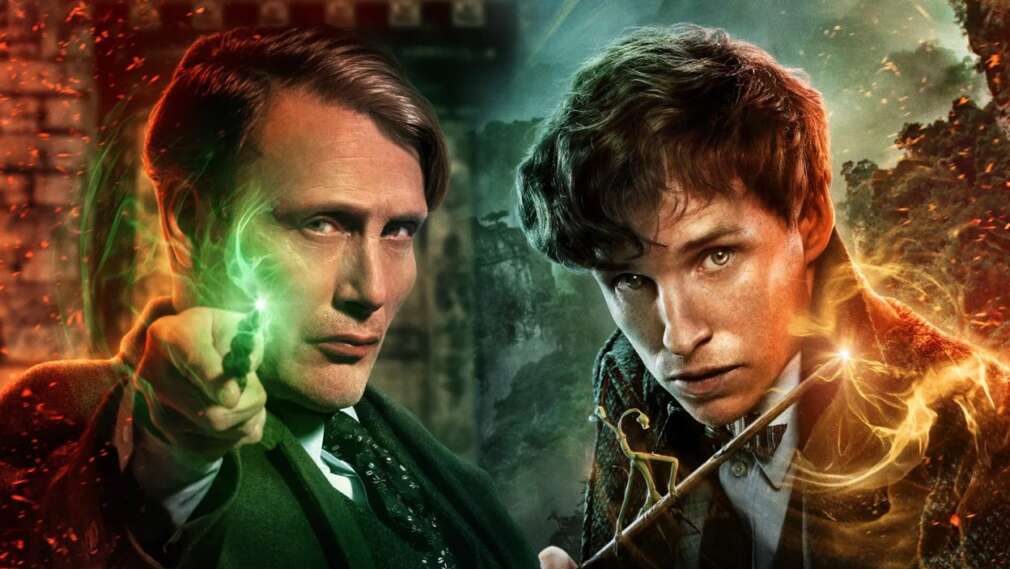