If, like me, you used to race home from school to stick on CITV and catch the latest episode of Sabrina the Teenage Witch, then you’re probably going to be surprised by the deliciously dark nature of the latest Netflix remake! From the creative team behind Riverdale, the Chilling Adventures of Sabrina is a visually striking series that balances high school teen drama with straight up horror – think Harry Potter meets Buffy the Vampire Slayer! At first I was pretty shocked at how dark the series is, which took a while to get used to, but once I embraced the shift in tone I quickly became fully immersed in the show. Netflix really does have a binge worthy show on their hands with Sabrina, proving a perfect watch for the Halloween weekend!

The series once again centres on Sabrina Spellman (Kiernan Shipka), a half-witch, half-mortal teen about to turn sweet sixteen. But unlike most teenagers, Sabrina must choose between living a mortal life with her boyfriend, Harvey Kinkle (Ross Lynch) and best friends at school, or go down the darker route and take her place in the Church of Night with her family; witches aunt Zelda (Miranda Otto) and Hilda (Lucy Davis) and her warlock cousin Ambrose (Chance Perdomo). To do this she must go through with her dark baptism and sign her name (in blood) in the Dark Lord’s Book, after which she’ll join the Academy of Unseen Arts to study witchcraft. But what makes this show much more interesting than any other teen drama is the fact that Sabrina tries to forge her own way in the world, and doesn’t want to be bound by a path set out of for her. 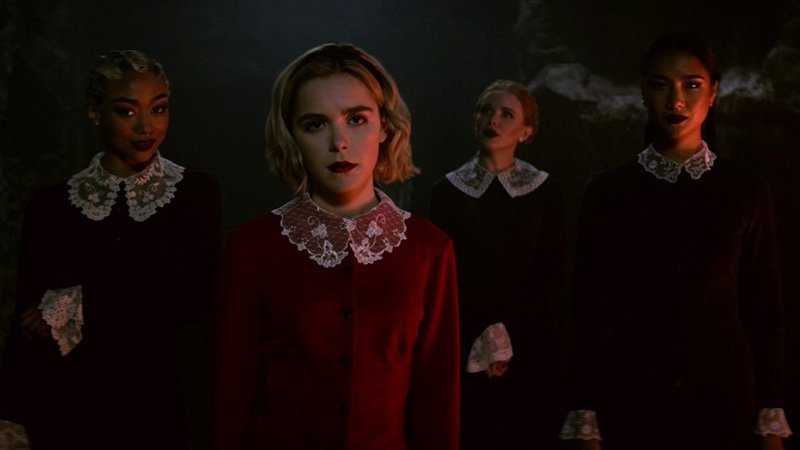 The cast of the show are also a true delight. Mad Men’s Kiernan Shipka is tremendous as Sabrina, successfully bringing to life a smart and strong young female who actively challenges the questionable authority of both the Church of the Night and her high school principle. Shipka balances the kind side of Sabrina who will do anything for those she loves, with the side who dabbles in the darkness. Following her stand out role as Missy in Doctor Who, Michelle Gomez once again proves delightfully zany as Mary Wardell, bringing her own brand of bonkers to the show. Another personal highlight is the bizarre but loving relationship between aunt Hilda (Lucy Davis) and Zelda (Miranda Otto) – much like her role in Wonder Woman, Davis excels as a hilarious, endearing and loveable aunt Hilda, while Otto’s Zelda revels in the darker side of things. One thing that I was a little disappointed with however, was the lack of Salem the cat, as I absolutely loved his sassiness in the 90’s show!

The Chilling Adventures of Sabrina is brought to life by a mix of impressive practical effects, stylish cinematography and gothic aesthetics. The show is beautifully shot with most scenes, particularly in the woods, featuring an almost dreamlike filter captured by a shallow depth of field. There’s also plenty of supernatural aspects weaved into the sets, with numerous pentagrams, candles, creepy dolls and satanic rituals. Most of the darker elements of the show are impressively conjured using practical effects rather than VFX, giving a nostalgic feel to the show, reminiscent of 70s horror.  Sabrina also isn’t afraid to shy away from the gore, in some episodes it almost revels in it – there’s a number of scenes I watched from behind my hands!

Overall the Chilling Adventures of Sabrina is a refreshing new take on the teen drama genre, mixing in horror and comedy aspects. It really is hard to find fault with this show – it’s fun yet dark, gothic yet modern, stylish, and features one of the strongest willed female leads since Buffy. I’m definitely looking forward to an inevitable crossover with sister show Riverdale, maybe in the form of Afterlife with Archie?

The first season of Chilling Adventures of Sabrina‘s is released in full on Netflix on Friday, October 26th. 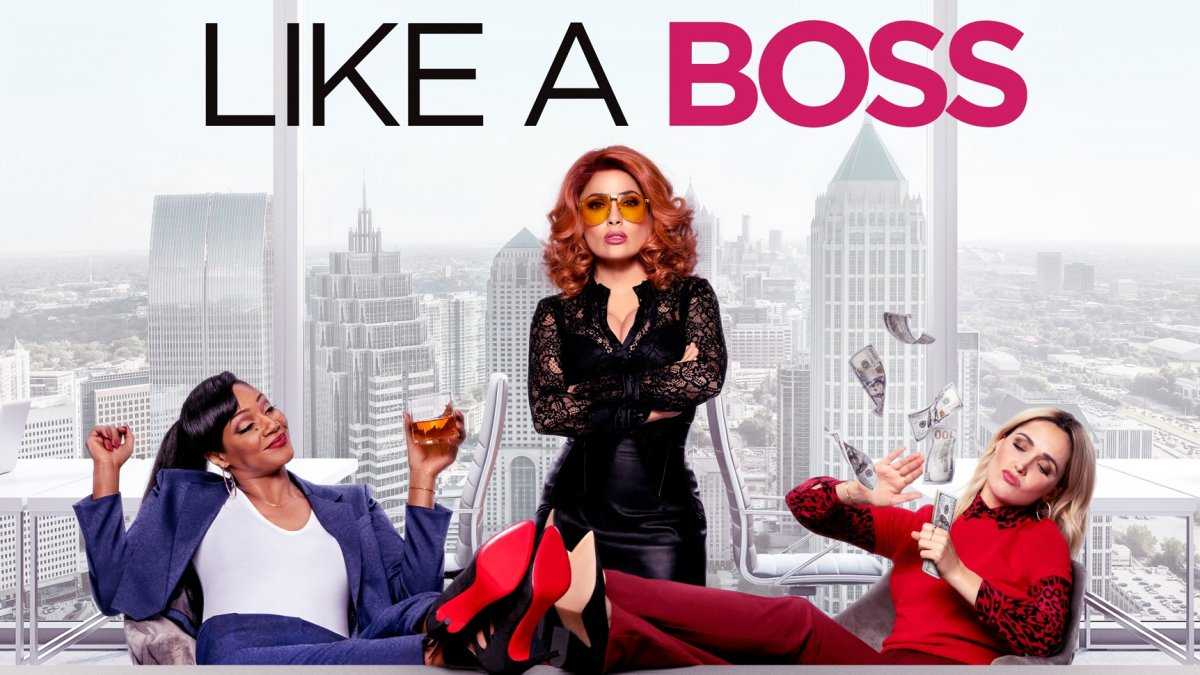 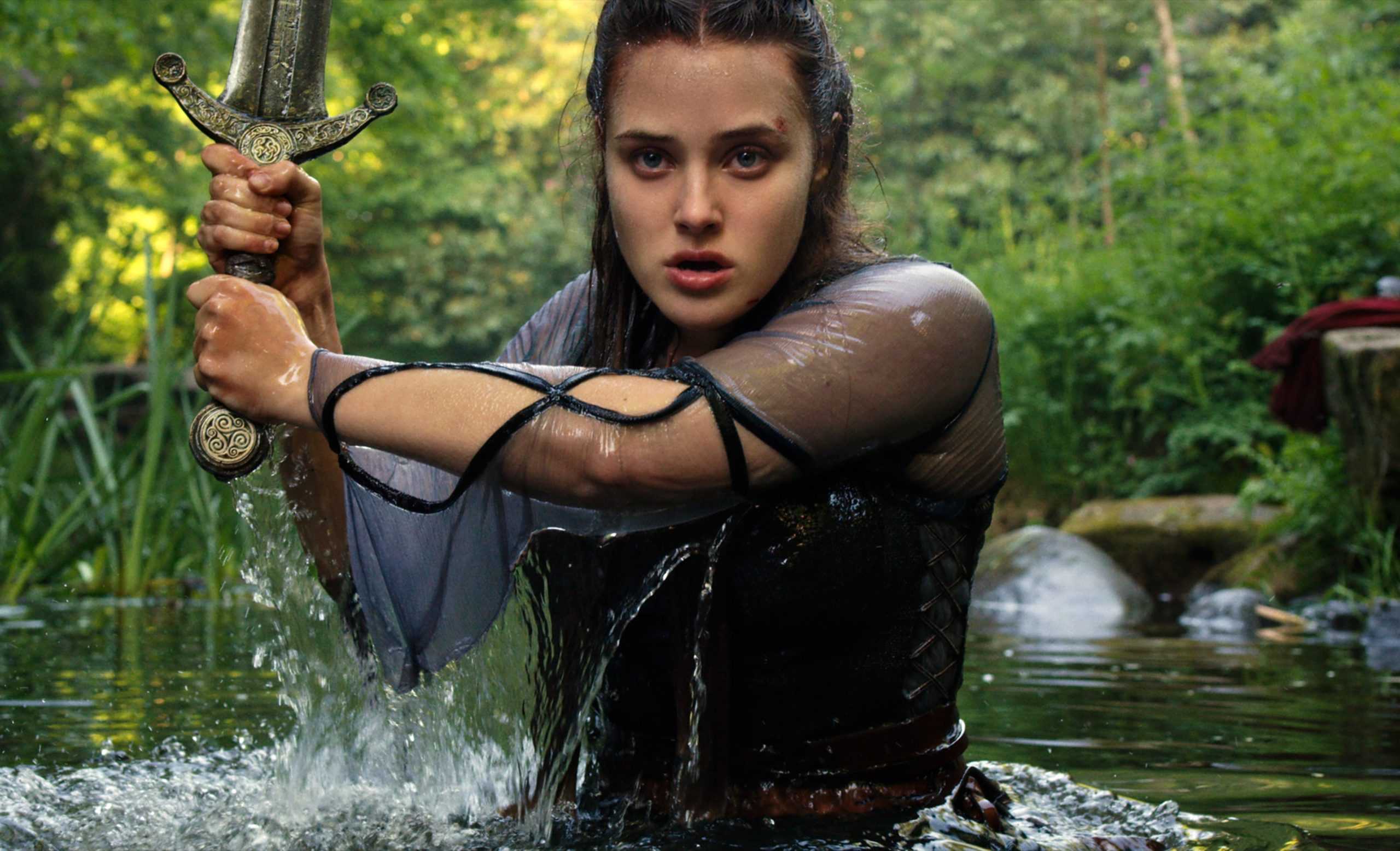