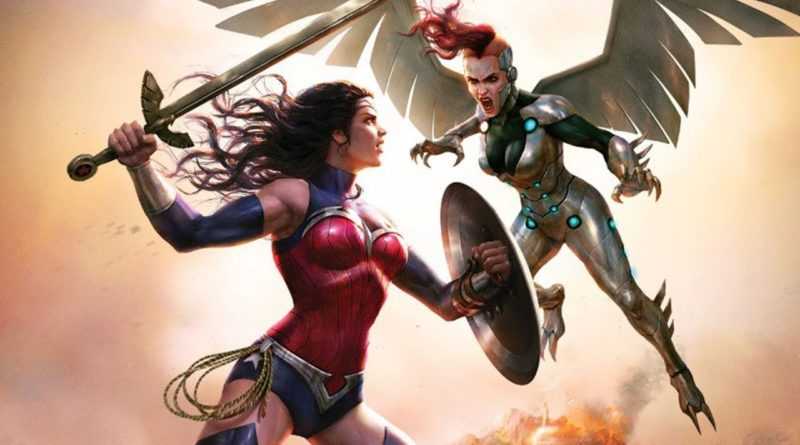 Wonder Woman: Bloodlines marks the release of the 13th feature-length film in the much loved animated DC Universe, following the somewhat mixed Batman Hush early this year. Ten years after Keri Russell’s turn as the Princess of the Amazons, Bloodlines is the long overdue second animated solo feature that delves into Wonder Woman’s rich mythology and the New 52-inspired continuity established in Justice League: War for a decent, if somewhat familiar outing.

Directed by Justin Copeland and Sam Liu, Bloodlines opens with a flashback to Diana’s origins; pilot Steve Trevor (Jeffrey Donovan) crashes on Themyscira and subsequently becomes imprisoned, with Wonder Woman (Rosario Dawson) renouncing her title to help him escape and travel back to the World of men. Once in Washington, Etta Candy (Adrienne C. Moore) introduces Dianna to archeo-anthropologist Julia Kapatelis (Nia Vardalos) and her teenage daughter Vanessa (Marie Avgeropoulos), with the following years resulting in the young girl forming a complicated relationship with the titular hero.

When a run in with Dr Poison (Courtenay Taylor) and Giganta (Kimberly Brooks) results in a tragedy for Vanessa, the troubled teenager turns from friend to foe, holding Diana responsible for what happened. In result, she teams up with her rogue gallery and becomes Silver Swan, joining Cheetah (Kimberly Brooks), Dr. Cyber (Mozhan Marno) and the rest of Villains Inc. in their plans to take down the Amazon champion with the help of a mysterious enhancement serum. 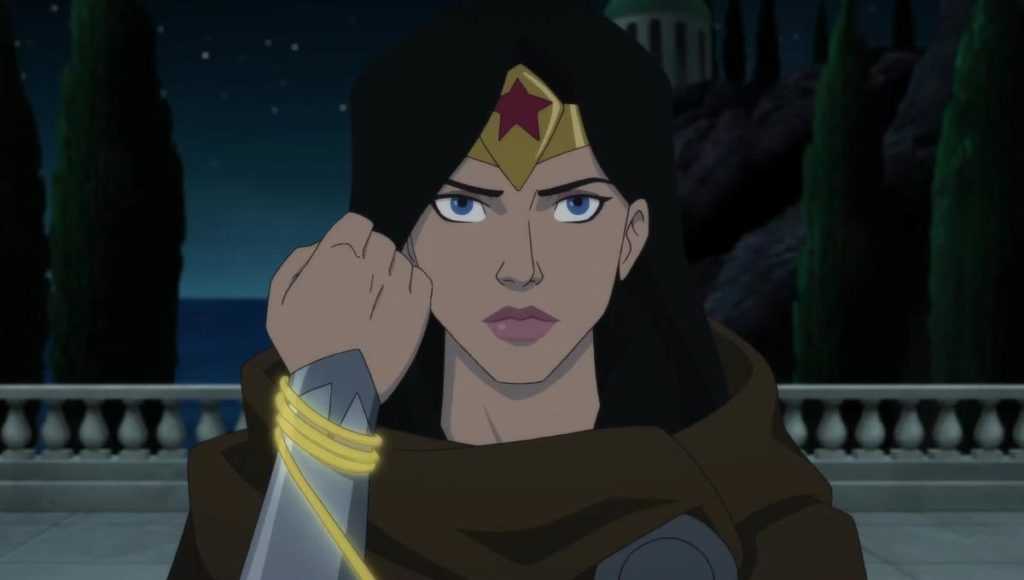 It’s so good to see another outing for the often overlooked female hero of the DC trinity (yes I said it!), and there’s definitely a lot to like about it. Though the pacing is pretty slow to start as to develop the primary antagonist, there’s plenty of action-packed battles and trials that leads to an impressive showdown in the final act. The film also wonderfully highlights Diana’s humanity and compassion with her most personal battle yet, as well as featuring a moving central tale bringing to life two complicated and estranged mother and daughter relationships. Make sure you hang around for an intriguing pre-credit scene too!

While surprisingly quite dark in places, Bloodlines works best with the fun dynamic of Diana, Steve and Eta front and centre. The voice cast really is stellar, with Rosario Dawson shining once again as Wonder Woman/Princess Diana, demonstrating a fantastic chemistry with Jeffrey Donovan’s charming Steve Trevor. Unfortunately the film just isn’t as funny as more recent offerings such as Teen Titans go vs Teen Titans. DC fans will also enjoy the many references to the larger universe interwoven into the film, as well as a deeper look at the lore and mythology of the character.

There’s so many great things to like about Bloodlines, particularly the impressively talented voice cast and action, but unfortunately the stakes are simply just not that high and it feels somewhat familiar, retreading ground that we’ve seen before.

Wonder Woman: Bloodlines is out now on Digital Download and on Blu-ray™ and DVD October 21.