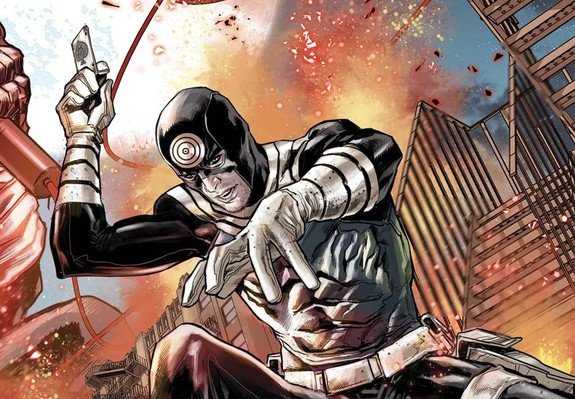 Well it looks like another one of Daredevil‘s big villains is set to join the series, as a new report suggests that Wilson Bethel will play the deadly assassin Bullseye!

When Bethel was first cast in the third series, he was supposedly playing “Steve” and according to his character breakdown is described as “an awkward FBI agent that needed the structure of the bureau to keep the darkness inside him subdued” – which lead to many guessing he would play a version of the Sin-Eater in the show.

This adds another fantastic element to what looks like a very exciting third series, as we know that the fantastic Vincent D’Onofrio’s is returning as Wilson Fisk/Kingpin and the series is set to be based on the popular comic book run ‘Born Again’.