Valiant has debuted the official animated trailer and an extended look inside for A&A: THE ADVENTURES OF ARCHER & ARMSTRONG #1 – the FIRST ISSUE of the ALL-NEW ONGOING SERIES from red-hot writer Rafer Roberts (Plastic Farm, Shutter) and Valiant-exclusive superstar David Lafuente (Ultimate Spider-Man)! On March 16th, get smashed or be smashed when Valiant’s award-winning adventurers go “IN THE BAG” for an insane rescue mission pitting Archer into the mind-bending maze of lost treasures and historical oddities that awaits inside Armstrong’s magical satchel!  (Oh yeah, and there are some ninja-nuns, a talking fish-man, and a Greek god with a thirst for revenge too… It’s starting to get pretty rowdy in there!)

MEET ARMSTRONG: Since the ancient city of Ur, this immortal adventurer has spent the last 7,000 years drinking and carousing his way through history alongside some of the greatest merrymakers the world has ever known.

MEET ARCHER: A sheltered teenage martial arts master and expert marksman who was raised for a single purpose – to kill the devil incarnate. Little did he know that this undying evil was actually Armstrong (he’s actually a pretty good guy…once you get to know him) and, since hitting the road together, these two have become great friends and even better partners.

NOW: Archer is about to set off on his most dangerous mission yet – a quest into the mystic reaches of Armstrong’s bottomless satchel to liberate his friend and comrade from the clutches of the mad god Bacchus! Imprisoned in Armstrong’s satchel for centuries, Bacchus now commands a legion of monsters, goblins and golems bent on escaping back into the world of man and enacting revenge on their captor… Can Archer single-handedly combat the godly embodiment of intoxication himself – and rescue his best buddy – without becoming lost amongst Armstrong’s endless repository of bizarre artifacts and historical oddities in the process?

“Bacchus has…actually been trapped inside Armstrong’s satchel for thousands of years — a very, very long time, and he was put there by Armstrong, who was “joking around” and forgot that he had done it. [Laughs] There is a long backstory, but it’s basically an old friendship gone bad, and now Bacchus has great desire to get revenge,” writer Rafer Roberts told Comic Book Resources. “It’s really all about the mistakes that you made back in the day when you drank too much booze. Just because you don’t remember doing it doesn’t mean that you didn’t do something bad.”

All this…plus the return of Mary-Maria and the Sisters of Perpetual Darkness! The landmark first appearance of Davey the Mackerel! Fleabag motels! A taste of the world’s greatest whiskey! And surprises galore! Take two aspirin and call us in the morning because, on March 16th, Valiant’s history-smashing heroes are going “IN THE BAG” for A&A: THE ADVENTURES OF ARCHER & ARMSTRONG #1 – featuring covers by David Lafuente (Patsy Walker: Hellcat), Kano (Swamp Thing),Trevor Hairsine (DIVINITY), Clayton Henry (HARBINGER WARS), Rafer Roberts (Carpool Buddies of Doom), and Phil Jimenez (Infinite Crisis)! 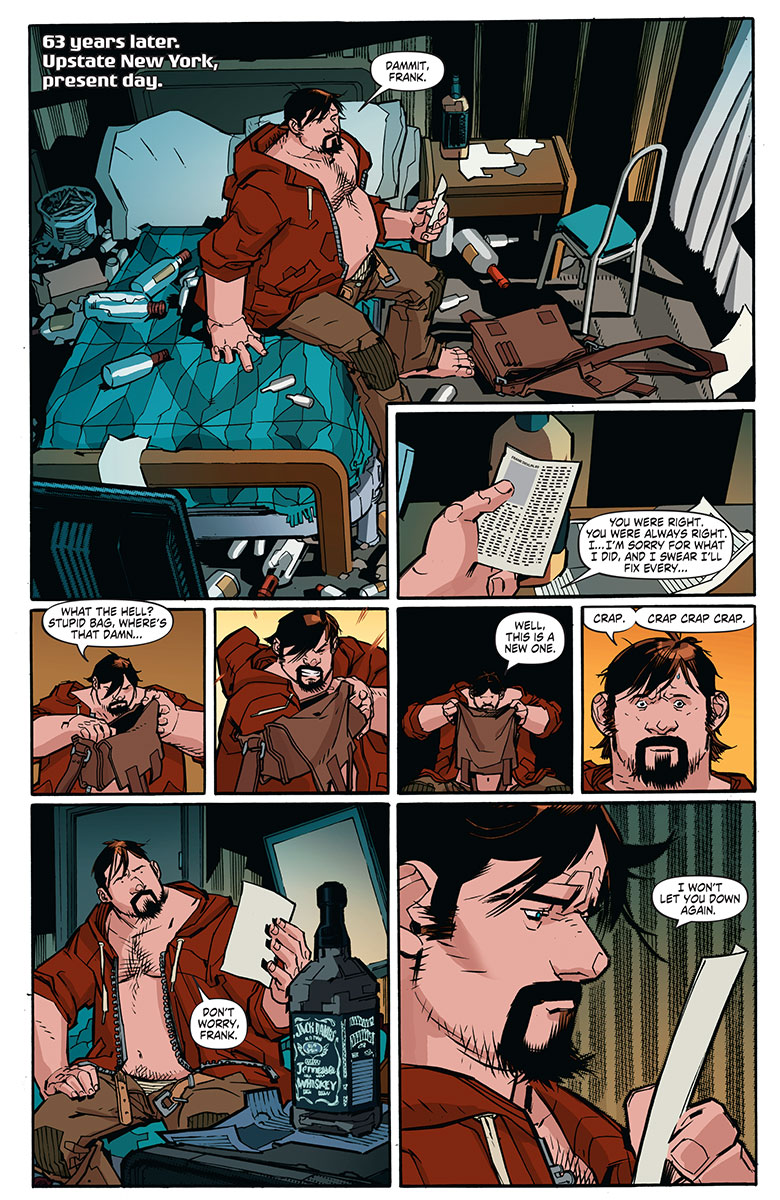 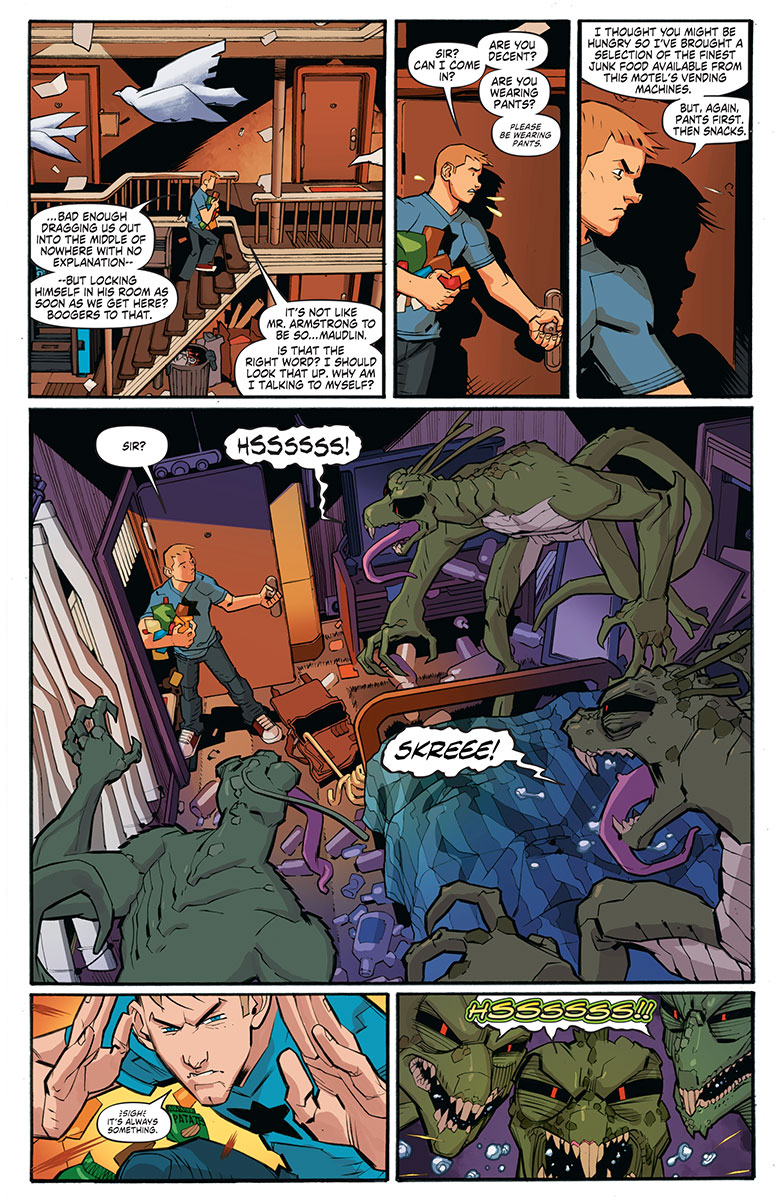 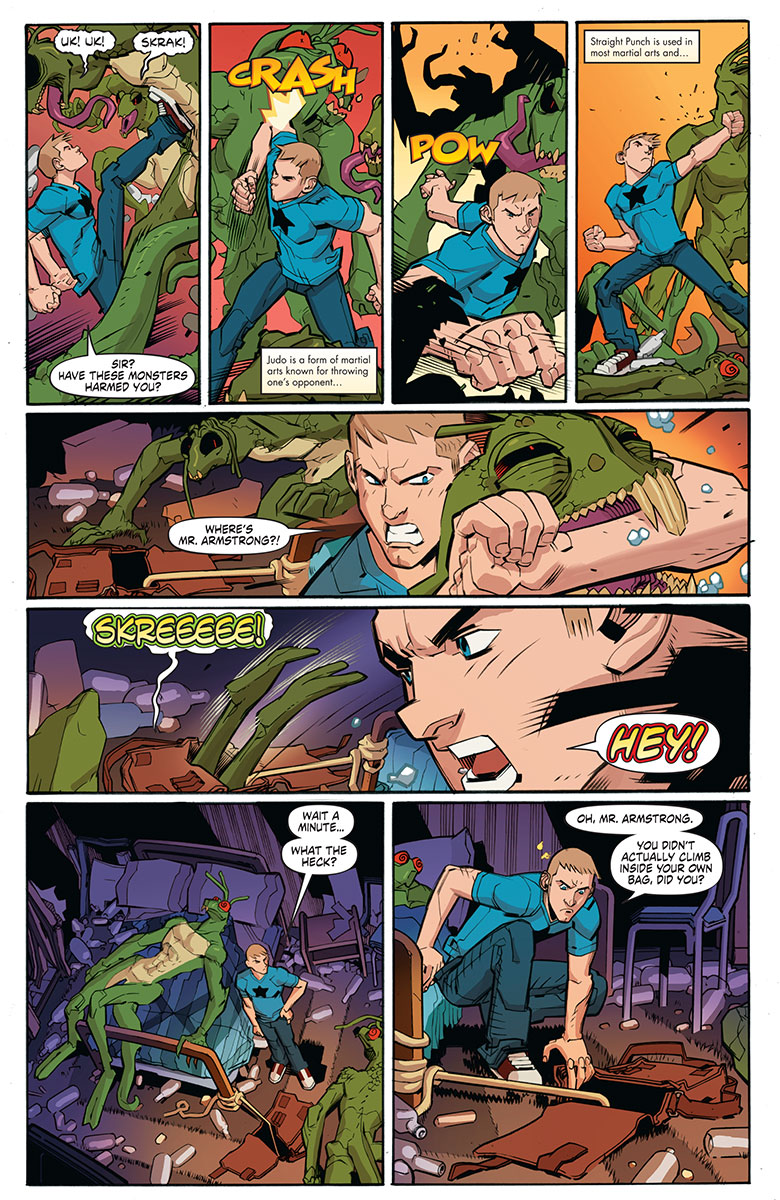 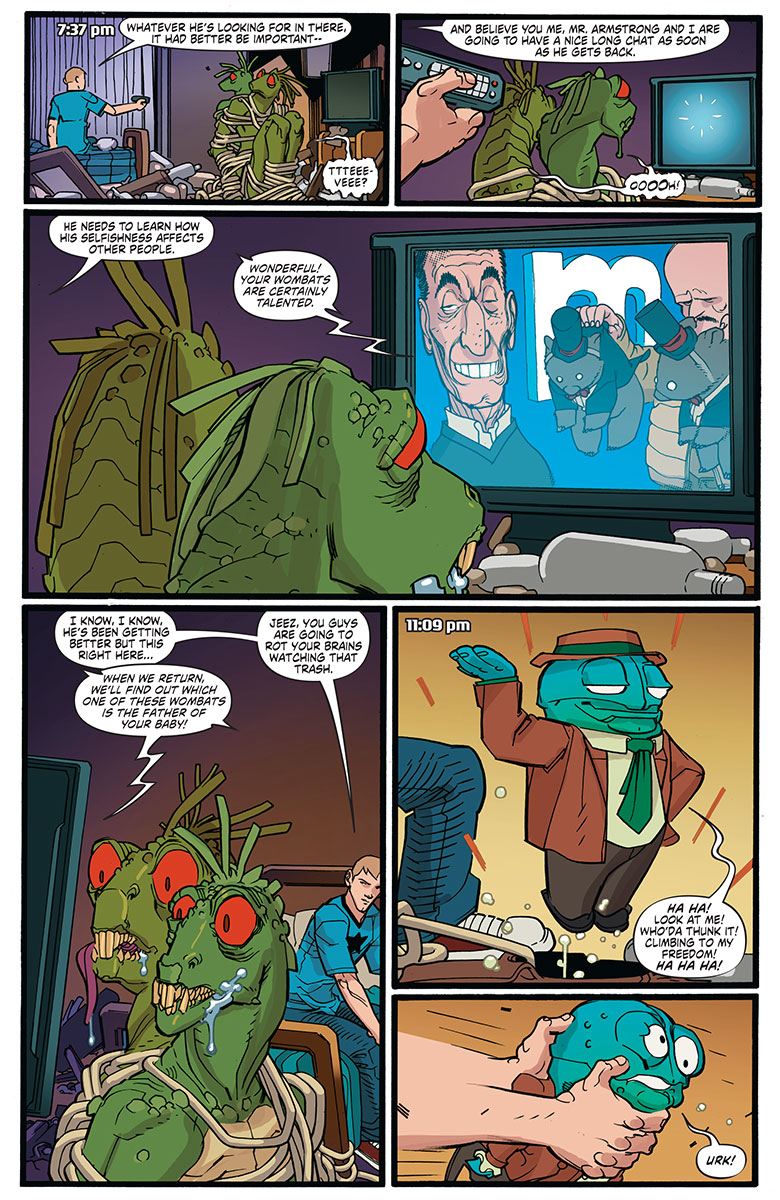 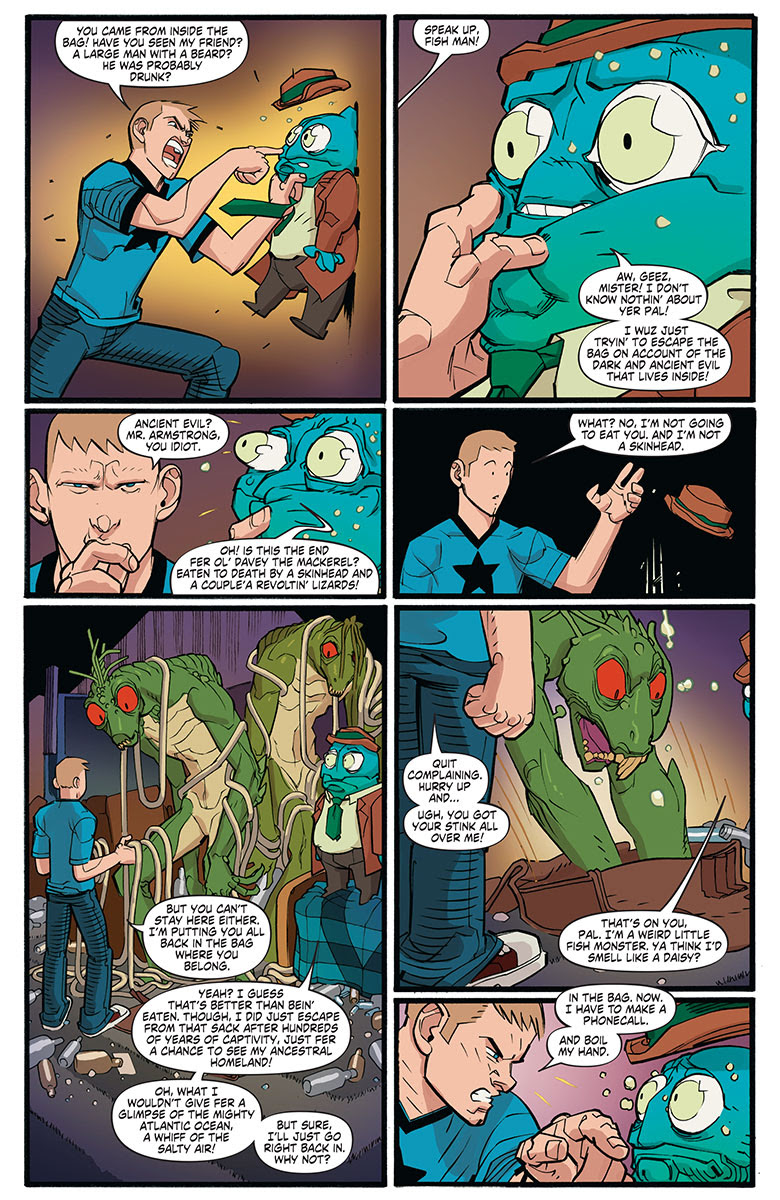 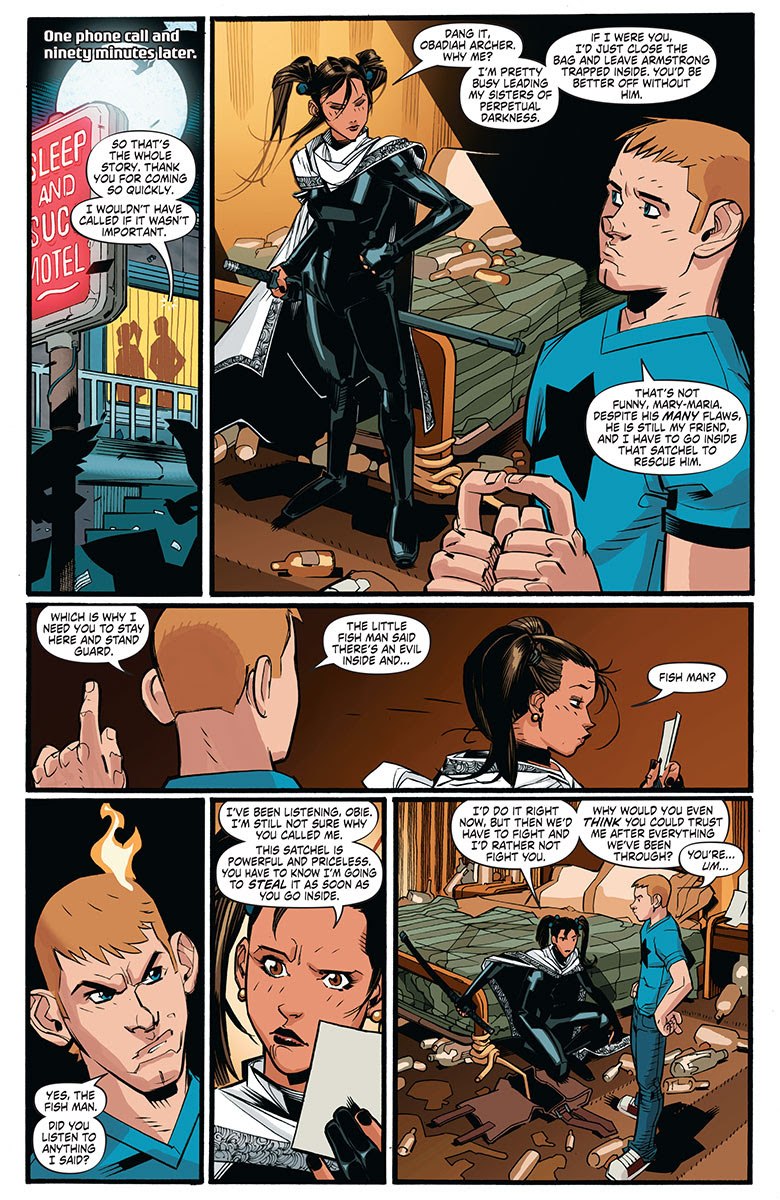 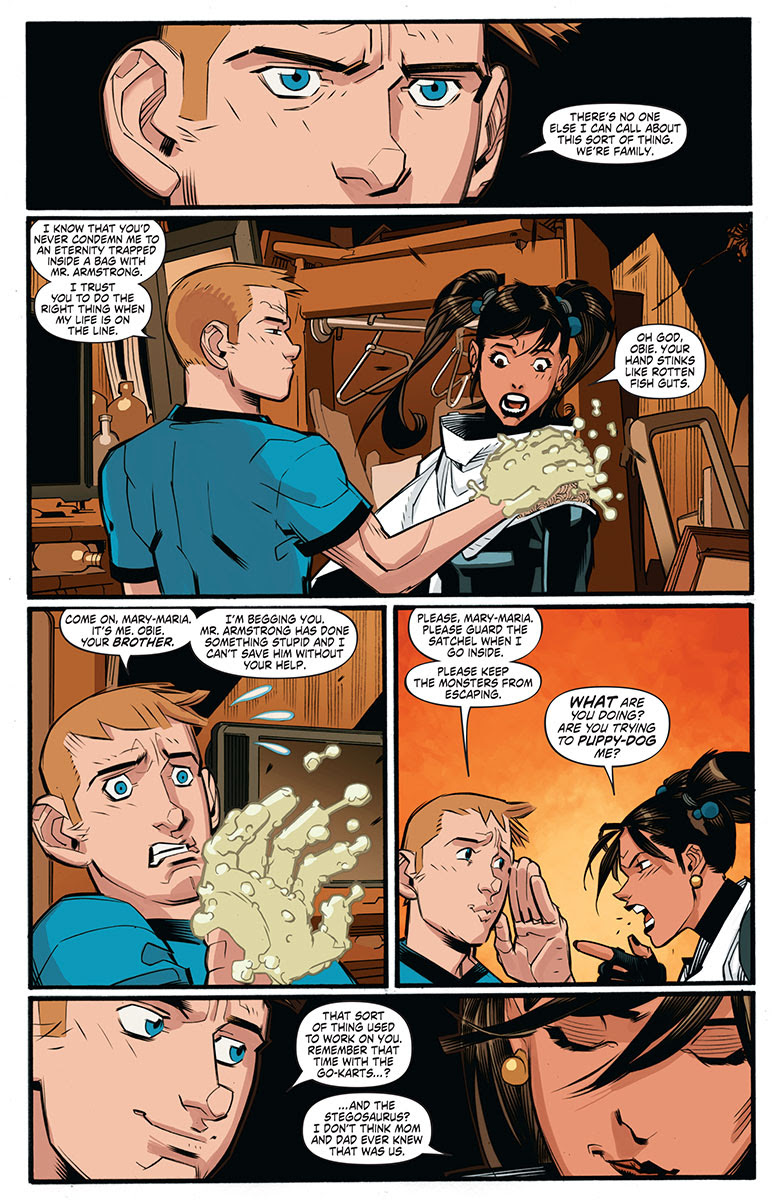 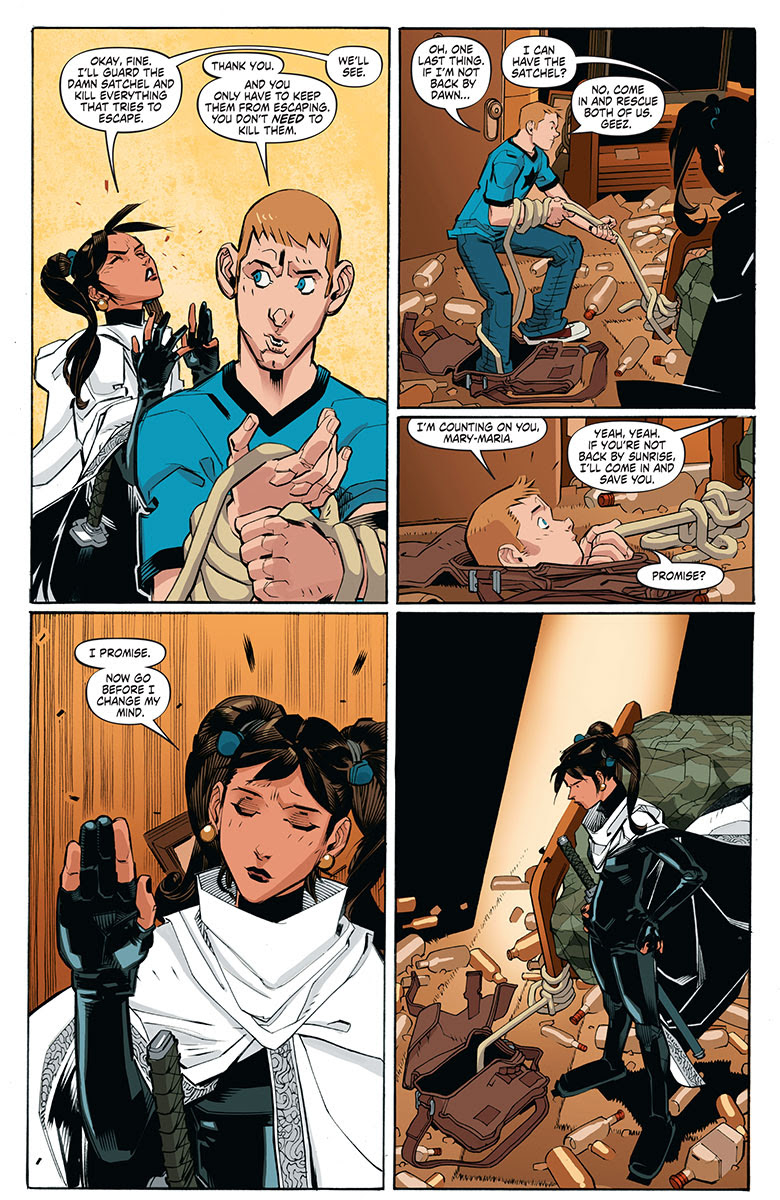 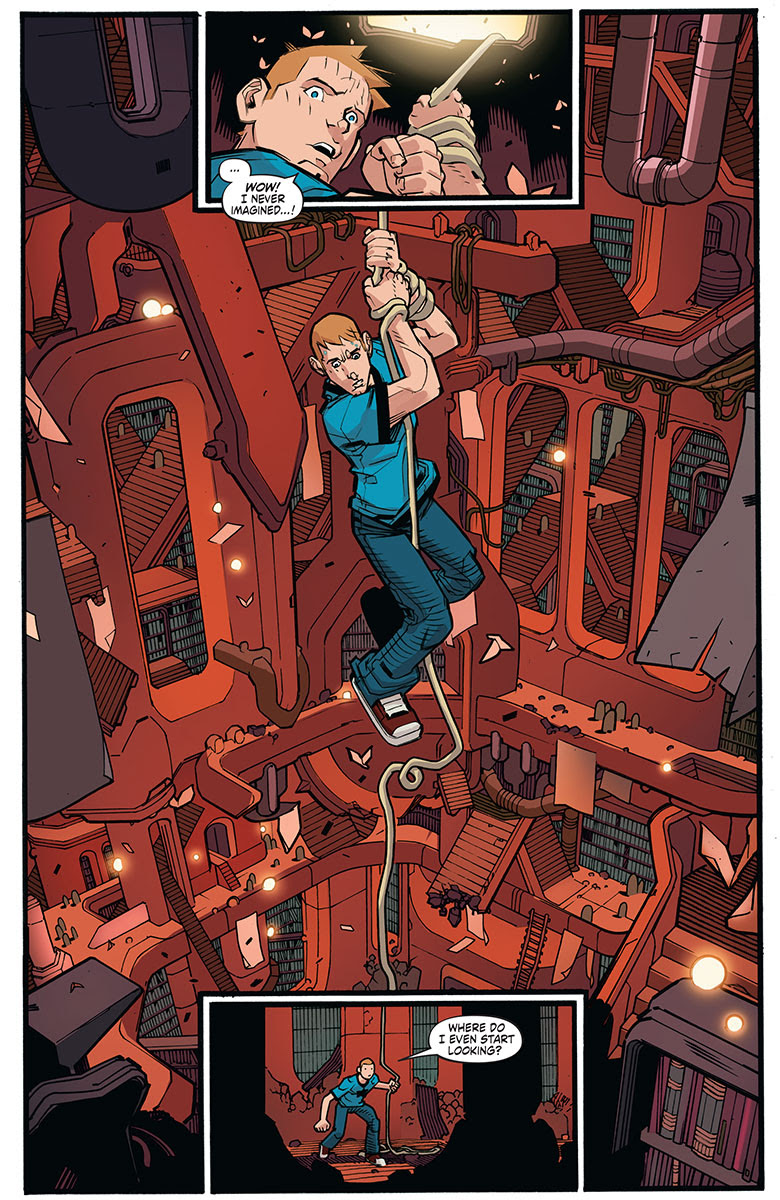 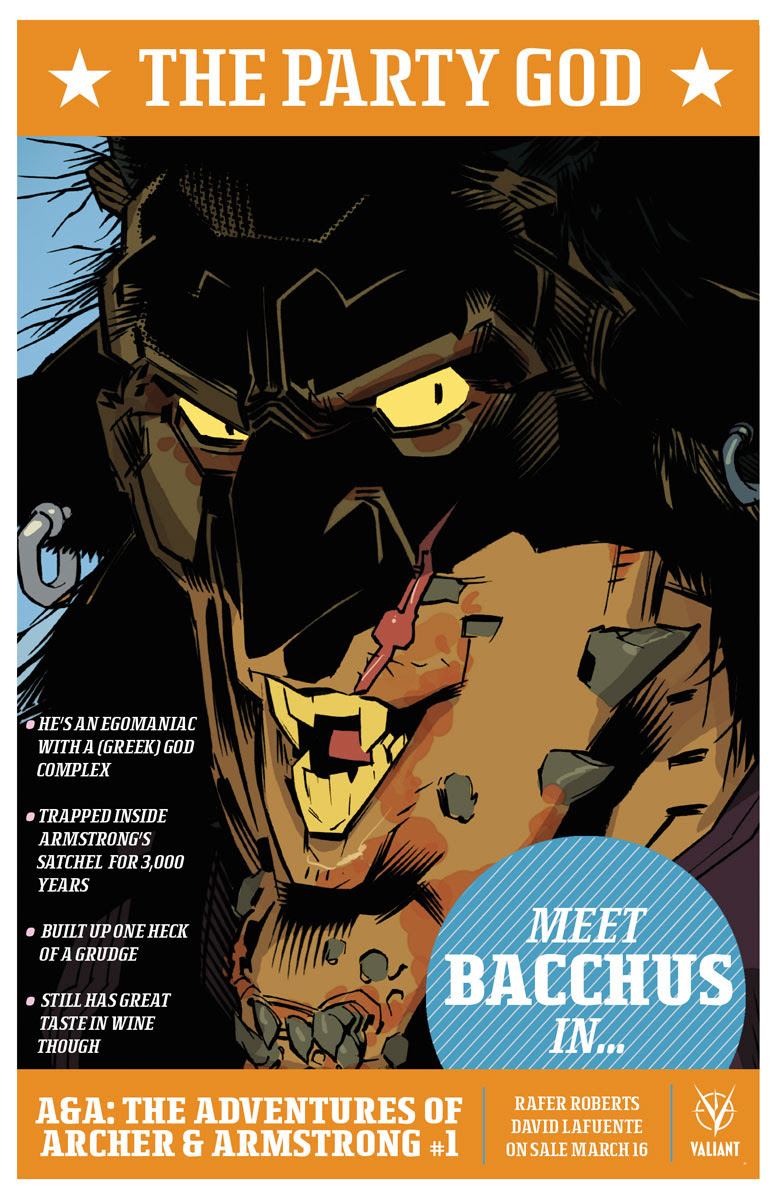 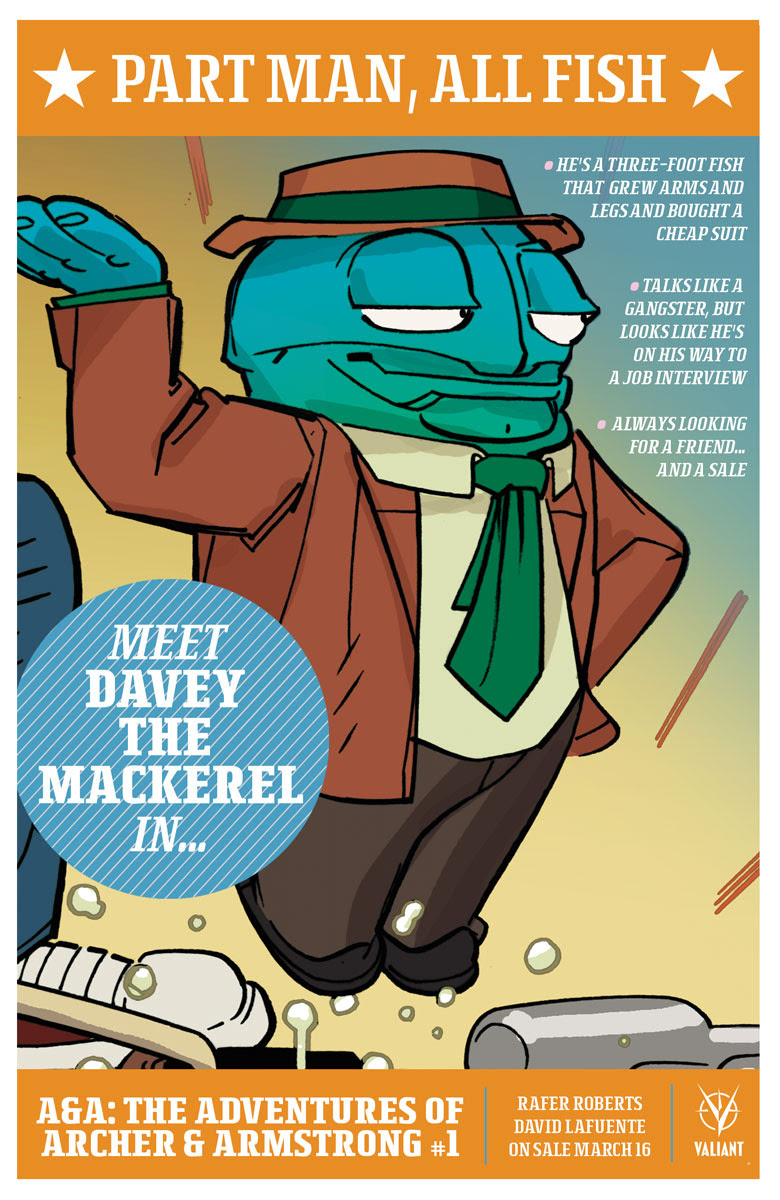 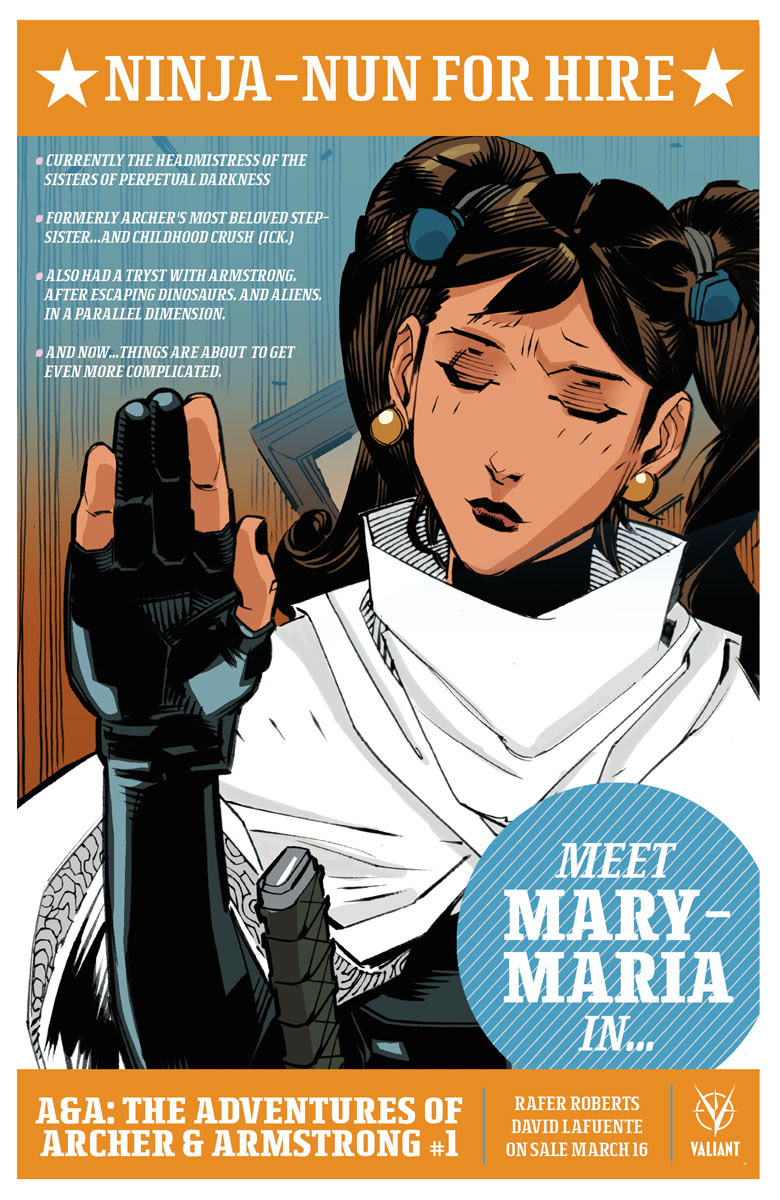 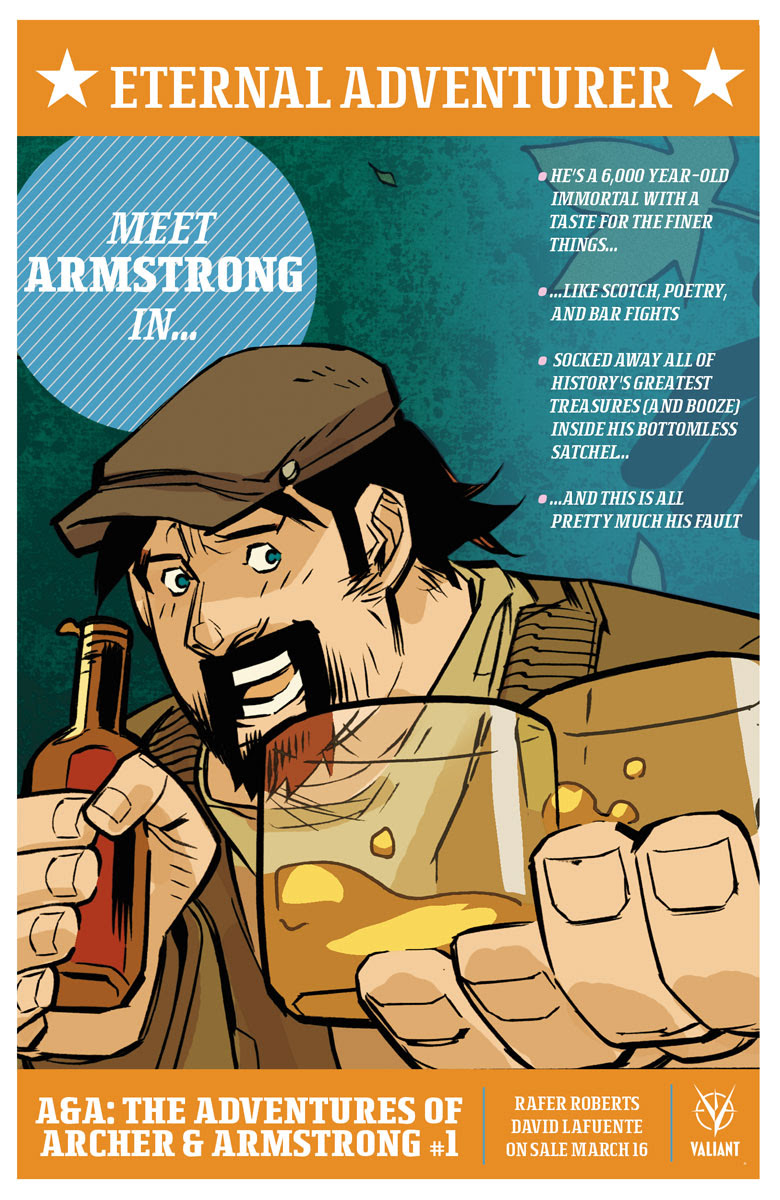 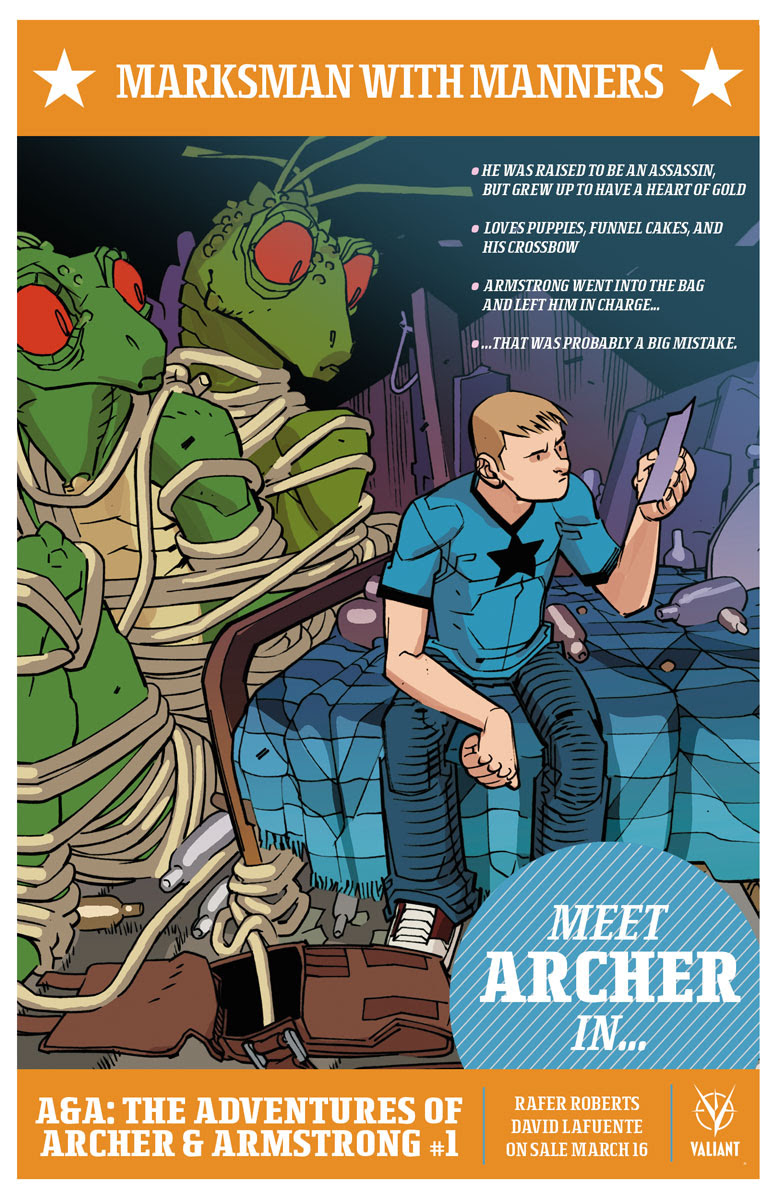 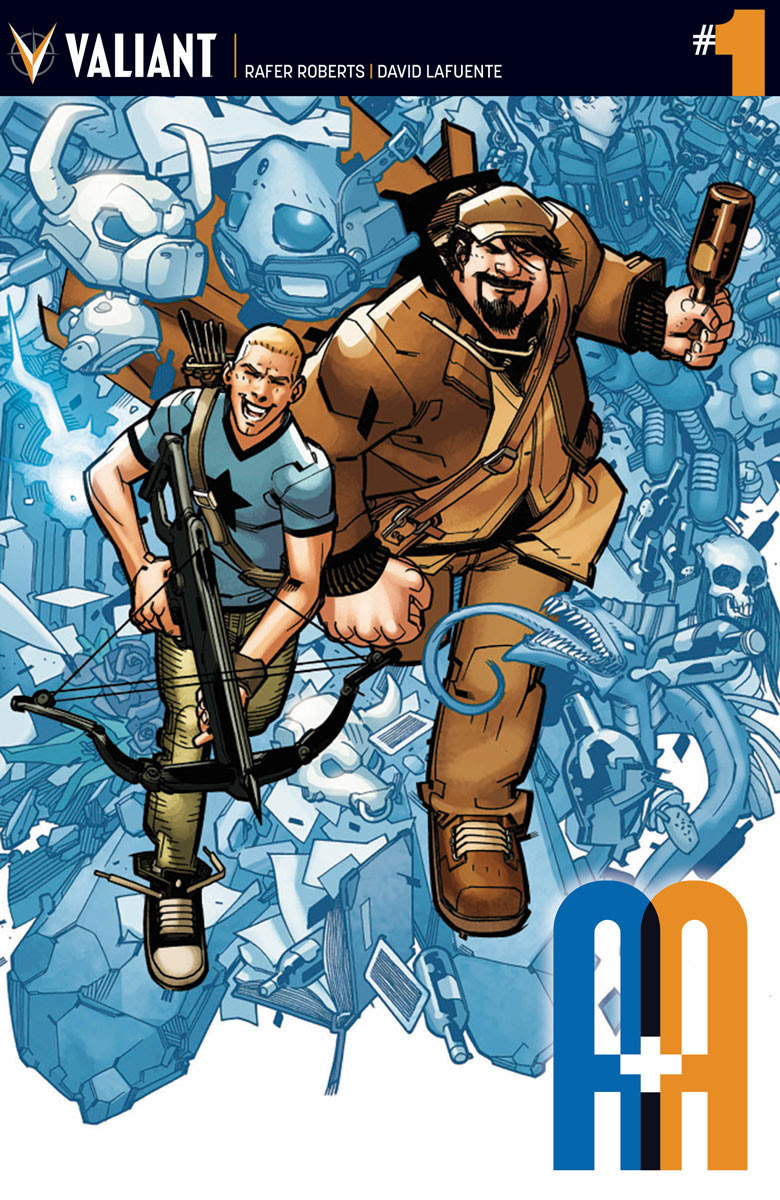 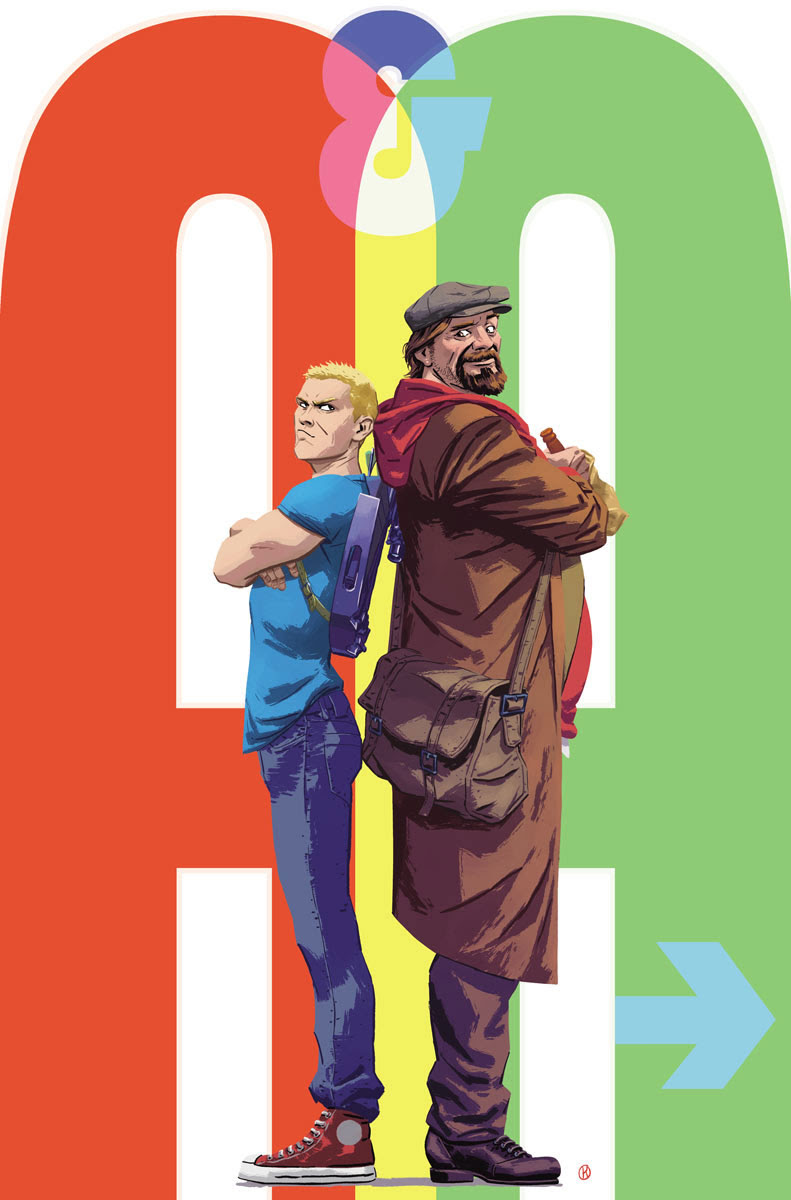 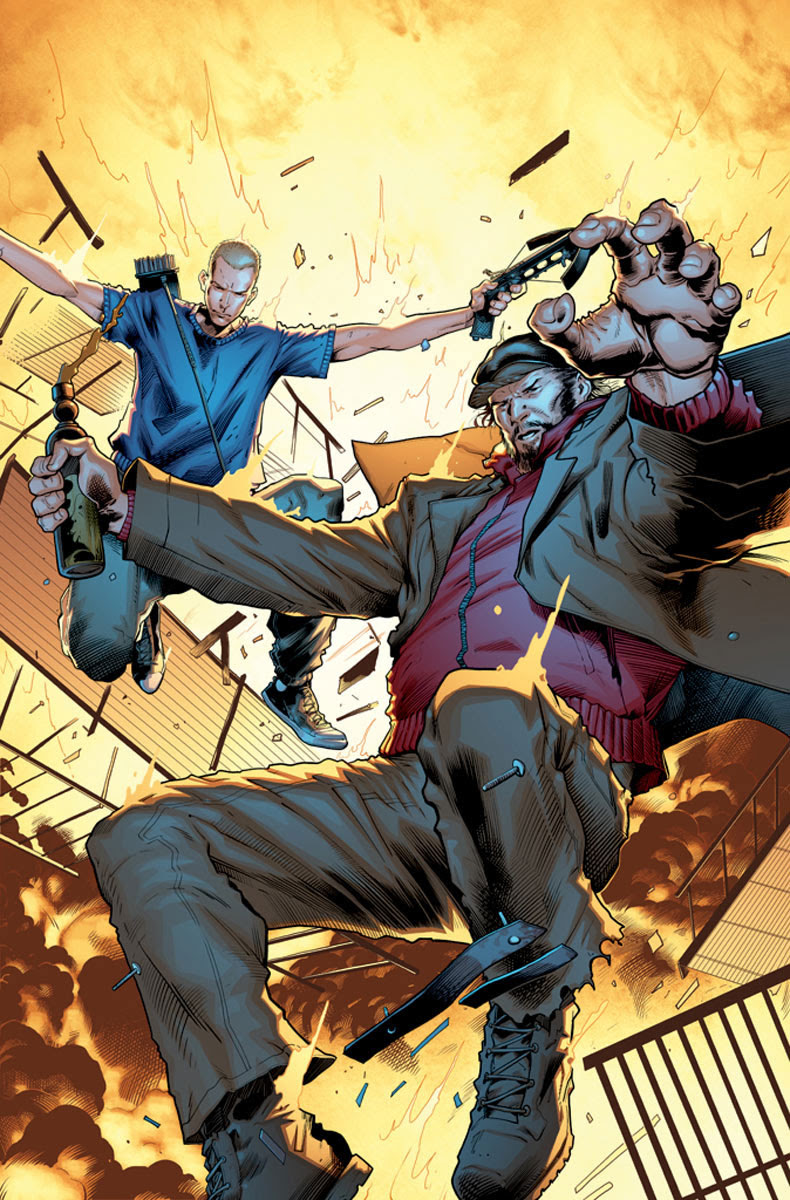