States of America is set in a deeply divided US that with an unprovoked act of war has been forced to suffer foreign occupation for the sake of a tentative peace. Combining the thrill and intrigue of speculative fiction with the modern fears and anxiety of the War on Terror, the series explores a world where the old, small differences that divide this country have become the war cries of new nations.

“How often do you get to work with a bona fide former CIA officer turned comic book writer on a project involving national security and terrorism,” said Lisa Leingang, SVP, Programming & Content at Topic Studios. “With Tom writing and our producing partners at Playground, we’re incredibly enthusiastic States of America will deliver riveting drama for audiences to enjoy.”

“Tom King is one of the most successful writers working in comics today, and we’re excited to be bringing his unique voice to television. With States of America, he has created a thrilling and provocative alternate reality, grounded in his firsthand knowledge of counterterrorism and global politics. Topic Studios are the ideal partners on this project with their commitment to exploring urgent and thought provoking stories,” said Scott Huff, EVP, Development & Production at Playground.

Tom King is the author of #1 best-selling Batman for DC, Mr. Miracle (DC), The Vision (Marvel) and the recently announced Heroes in Crisis for DC. In 2012, Simon and Schuster published his debut novel A Once Crowded Sky, a postmodern superhero novel, which was recognized by USA Today as one of the best graphic novels of the year. He also received widespread acclaim for his original graphic novel The Sheriff of Babylon (Vertigo), which is set in Iraq and based on his time there as a counterterrorism operations officer in the CIA. 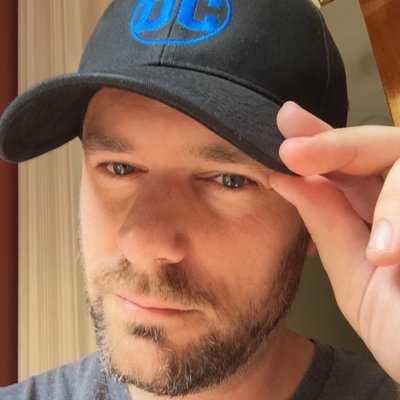