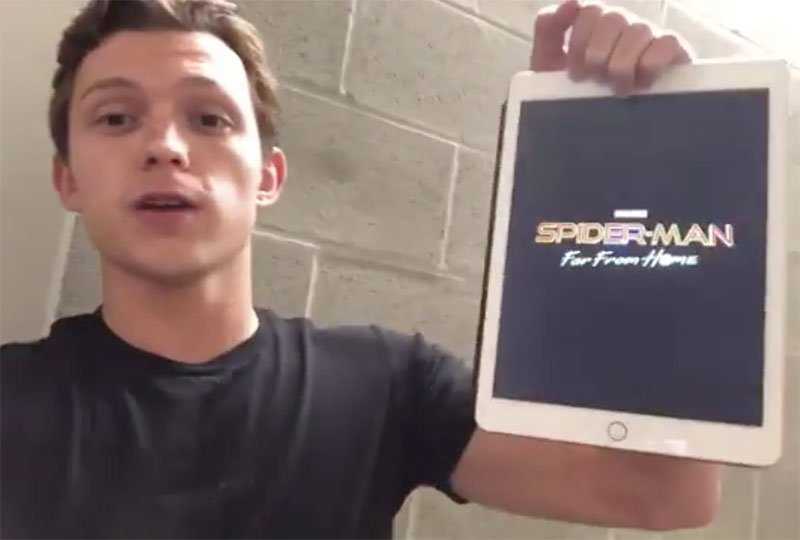 Spider-Man actor Tom Holland has been in Seattle this weekend at ACE Comic Con and while he was there, he took to Instagram to ‘accidentally’ reveal the title of the sequel to Spider-Man Homecoming! Remember the time he ‘accidentally’ revealed the poster for Avengers: Infinity War? Yeah it was a lot like that!

Check out the reveal in the video below!

Sorry for no announcements, but I love you guys ♥️

In a recent interview with Comicbook.com, Marvel Studios president Kevin Feige explained: “Well, I mean, sure, let the speculation begin. That’s always fun,” Feige said. “We like [the title] of course because it ties into Homecoming, not just keeping that word going, which we like and we liked it more than Homecoming 2, but that notion of ‘home’ is a word that has dual meanings we’d like to continue with this [Marvel Cinematic Universe] version of Spider-Man. So, Far From Home has multiple meanings.”

So what do you think of the title – Spider-Man: Far From Home? On the one hand Tom Holland is well known for revealing spoilers, but could Marvel and the Spider-Man actor be playing with us by releasing a fake/working title? On the other, this does seem to fit in with field trip to Europe that’s been teased in previous stories…

Spider-Man: Far From Home is set for a July 5, 2019 release, with Tom Holland recently confirming that a third film is in the works.