The Tenth Doctor Vol 3: The Fountains of Forever Review

In this collected volume the tenth doctor and his latest companion, New Yorker Gabby Gonzalez, return to Earth to become entangled in a race against time to save humanity from an ancient foe…

An extra-terrestrial artifact at a secret auction leads the doctor and his companion to an aging actress, Dorothy Bell. The film star uses the ancient item to try and cure her terminal illness, but by triggering the relic she awakens an ancient alien civilization worshipped by the mysterious cult of the Black Pyramid. The awakened alien’s movements threaten the destruction of the entire universe; the doctor and co. must work together to help stop the ancient alien pyramid from passing through the circle of transcendence while inadvertently destroying the universe.

The story arc in this volume was of an epic scale; the doctor and Gabby’s adventure involved crazy cults, extra-terrestrial artifacts and ancient Egyptian Gods. Much like the Tennant series, this story was fun with plenty of humour, but also touched on and explored deeper themes such as loneliness and being the last of your kind. The issue also had some great references including Torchwood and Indiana Jones and a couple of nice nods to previous Doctor Who instalments, The Fountains of Forever linked the volume nicely to the Whovian universe. The characters were also very well fleshed out, but in particular Anubis, the last of the Osirans, was one of the best. At first I was rather scared of him, but once you learn how lonely he is and how much he misses his people, you can understand and empathise with the nature of his actions. The only downside of this volume was how often Gabby’s irritating friend Cindy appeared – I really hope she doesn’t join the TARDIS!

The art in this volume was also fantastic; I particularly enjoyed the illustrations of the black pyramid travelling along the galaxy as it very much reminded me of the monolith in 2001: A Space Odyssey. I also really liked all of the ancient Egyptian designs, particularly the image of an Osirian seemingly moving pyramids with lightning strikes (see below). Kudos to the artists; the details of the tenth doctor are incredible, I am very impressed with how much the illustrations resemble and embody David Tennant as the Doctor! 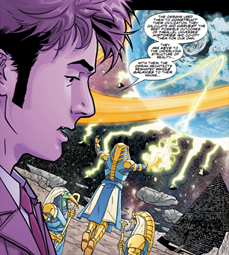 The Fountains of Forever was a very enjoyable read with a fantastic story arc involving Ancient Egyptian Gods, cults and film stars – what more could you ask for in a Doctor Who adventure?! As well as an entertaining story line the volume also featured great illustrations and well developed characters. I’m very much looking forward to the next installment! 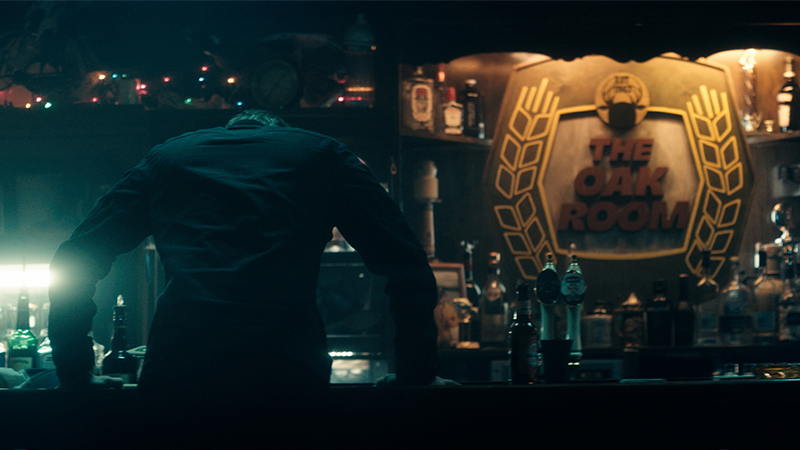