The Mandalorian S01E05 “The Gunslinger” Review

It appears that all roads lead back to Tatooine in the Star Wars universe, as the internet’s favourite green child and bounty hunter visit the iconic desert planet in probably the most unoriginal episode of The Mandalorian yet. Driven by pure fan service and jam packed full of Easter eggs, “The Gunslinger” does however feature some impressive action sequences, yet disappointingly diverts our protagonist on another ‘bounty of the week’ style narrative.

Directed by Dave Filoni, the main man behind Rebels and Clone Wars, “The Gunslinger” sees Mando and the Child head to the home of Luke Skywalker for major repairs to their ship. Desperately needing credits to pay for the vital job, Mando heads to the infamous Mos Eisley cantina to try and score an easy bounty, but gets more than he bargained for with newbie Toro Calican (Jake Cannavale). Working together to take down the infamous assassin Fennec Shand (Ming-Na Wen) for a hefty sum, but can Mando really trust Toro to pay him his cut?

Now I know there’s a lot to love about this episode if you’re a huge Star Wars fan (more on that later), but setting nostalgia aside, there’s unfortunately not a whole lot going on in the fifth instalment. Continuing in a similar vein to last week’s episode, there’s hardly any connection to the overarching series and with such a limited episode run, is a bit of a concern. The series is at risk of slipping into an overly formulaic structure, resulting in a somewhat predictable narrative, usually involving Mando leaving The Child and finding himself in some sort of peril. This time round, the main threat is pretty easy to guess due to an anticipated twist, but thankfully the brief tease at the end of the episode sets up an intriguing mystery which hopefully ties back into the opening episodes.

My main gripe with this episode however is the criminally underused Agents of SHIELD star Ming-Na Wen who guest starred as sniper, Fennec Shand. Cold and calculated, the assassin could have made a great recurring antagonist for Mando, especially as she had him and Toro fall for her trap in a standout action sequence. Her arc was unfortunately short lived which was truly disappointing following the brilliant introduction of Gina Carano’s Cara Dune. Unlike the rebellious smuggler with a heart who he shares a familiar seat with, Toro Calican proved pretty one dimensional in his arrogance and ambition. Also lacking was the almost non-existent character development for Mando which I’ve come to look forward to, thankfully Amy Sedaris deckhand and her pit droids were on hand to steal the show with The Child.

Negatives aside (sorry!) the episode truly shone in the wonderful craft which transported us straight back to the familiar settings we all know and love. Opening with a high-octane space chase that results in an explosion created with the same technology used in the original series, along with the familiar wipe transitions, truly encapsulate that iconic feel. The sheer artistry that’s on display is so impressive, as the gifted team lovingly recreate key scenes from A New Hope with fantastic detail. There’s the infamous Mos Eisley cantina, along with the junk-filled streets interestingly lined by Stormtrooper helmets on pikes and the Dune sea desert landscape. The speeder bike sequence was also pretty fun, particularly when paired with the atmospheric score by Ludwig Goransson, along with the tense showdown between Mando, Toro and Fennec.

With an over-reliance on nostalgia and fan service, “The Gunslinger” does little to propel the plot forward, resulting in a rather mediocre outing of The Mandalorian. The intriguing tease at the end of the episode does raise some questions however, so fingers crossed this gets explored in the following episode. 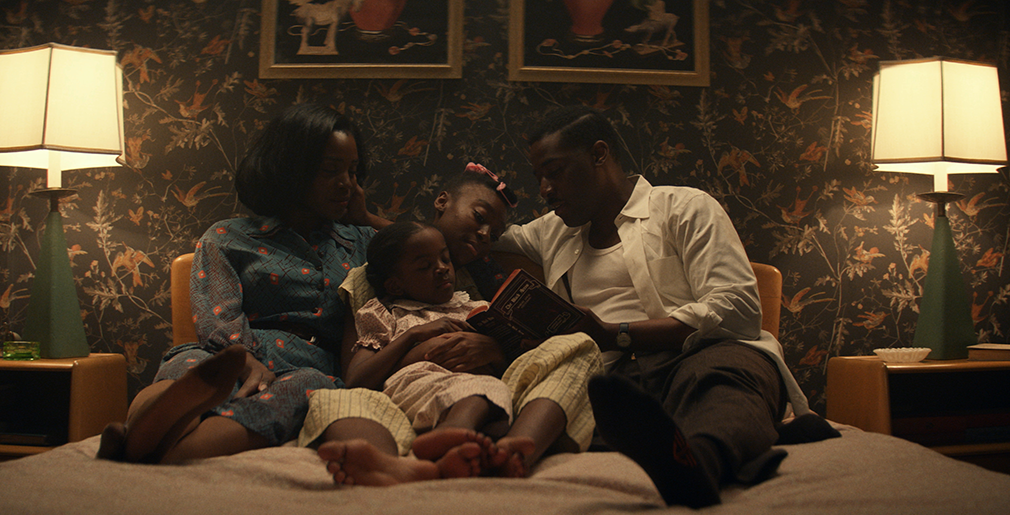