Following yesterdays release of Wally West’s ‘Kid Flash’ yellow and red outfit for season 3, more set images (via Screencrush) have surfaced featuring Keiynan Lonsdale’s West in costume, Grant Gustin as Barry Allen and a new character in a suspiciously familiar black outfit… Check them out below!

WHAT IS GOING ON!! pic.twitter.com/DMbzJXAQ9r

From the shooting downtown Vancouver pic.twitter.com/9M2CYscNKA

#TheFlash also had another speedster on set today. Currently DO NOT know who yet.
Any input is welcome. pic.twitter.com/hOug5O3C04

I don’t know about you but I think this new character in the black suit looks rather like the New 52’s version of the Black Racer,who’s pretty much the manifestation of death, eek! This guys first appearance as part of the New 52 DC Universe in Justice League (Volume 2) #44 by Geoff Johnsand Jason Fabok. This is pretty bad news for Barry and co. as touch of the Black Racer can even kill Gods, so I don’t know how they’re going to defeat him! This new speedster is set to be played by Vampire Diaries’s Todd Lasance, but the role has yet to be officially named! 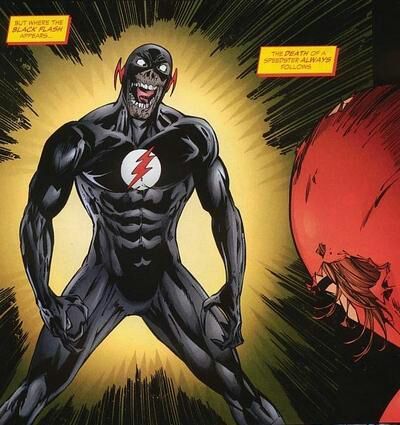