The CW has released a huge batch of stills from the upcoming seventeenth episode of The Flash, titled ‘Null and Annoyed’, which stars Kevin Smith, Jason Mewes and Danny Trejo who returns as Breacher.

In this episode Team Flash are set to encounter one of the last two remaining bus metas, Janet Petty/Null (Bethany Brown), a thief who can manipulate gravity.

Check out the stills in the gallery below!

And here’s the synopsis:
Barry (Grant Gustin) and Ralph (guest star Hartley Sawyer) take different approaches to finding the remaining bus metas before DeVoe gets to them. However, Ralph’s cavalier attitude frustrates Barry and the two clash over what it means to be a hero. Meanwhile, Breacher (guest star Danny Trejo) returns to ask Cisco (Carlos Valdes) for a favor. Kevin Smith directed the episode written by Lauren Certo & Kristen Kim.

The Flash airs Tuesdays at 8/7c on The CW, with “Null and Annoyed” set to air on April 10th. 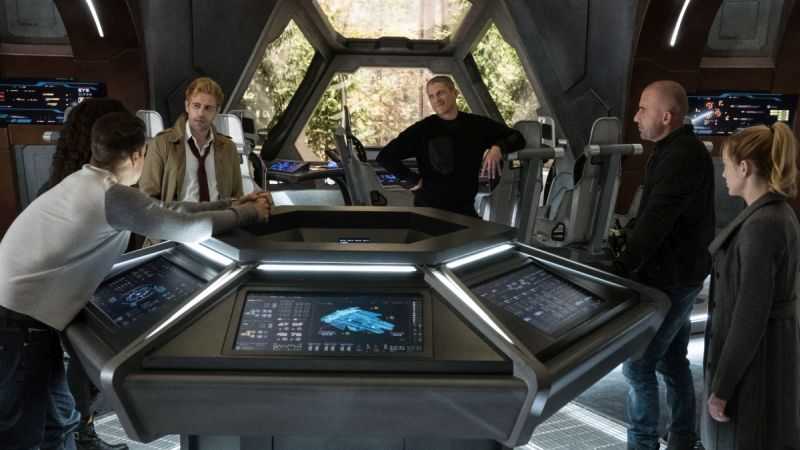