So we all know the Joker has been played/voiced by so many actors over the course of the years including; Jack Nicholson, Mark Hamill, Michael Emerson and Heath Ledger. So since Jared Leto has been cast in the role for the upcoming Suicide Squad, everybody has been wondering what Leto’s take on the character will be. Well according to Suicide Squad director David Ayer, the answer is chills…

“The hairs stand up on the back of your neck,” Ayer told USA Today. “If you’re a Batman fan, you have to love/hate the Joker because he’s the best nemesis ever. Just to have him on one of my film sets, it was a very memorable thing for me.”

So how did Leto prepare for such an iconic role? Leto is known for fully immersing himself in his roles, take for example his character of Rayon in Dallas Buyers Club. There’s reports that the Oscar-winning actor went completely method for the character, with Ayer commenting “people kept their distance” from Leto when he was in 24/7 Joker mode.  “I love helping actors find what methodology works best for them. It’s like tailoring a suit — it’s not one size fits all. But it really made an event when he would show up on set. There was almost a pageantry to him, which did translate into the character and the power on screen he has.” 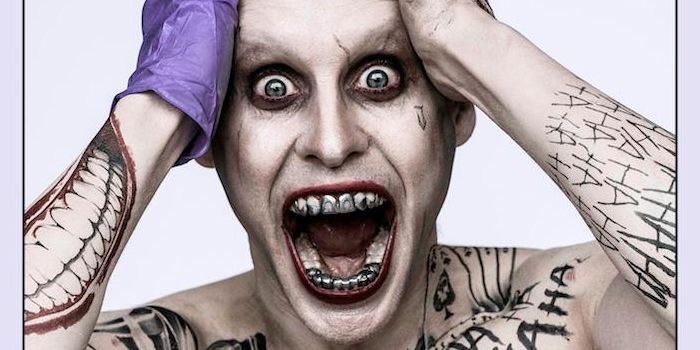 Batman V Superman: Dawn of Justice director Zack Synder also chimes in on Leto’s performance adding what he brings to the Joker is a fearless nature, according to Snyder.  “The commitment to the role, you’re going to see that really shine through in a way that you’re not used to seeing actors in movies really go all the way with (in) every little moment and every little breath,” Snyder says. “You’re going to get taken on a journey with Jared that I don’t know that everyone’s ready for but I think it will be amazing.”