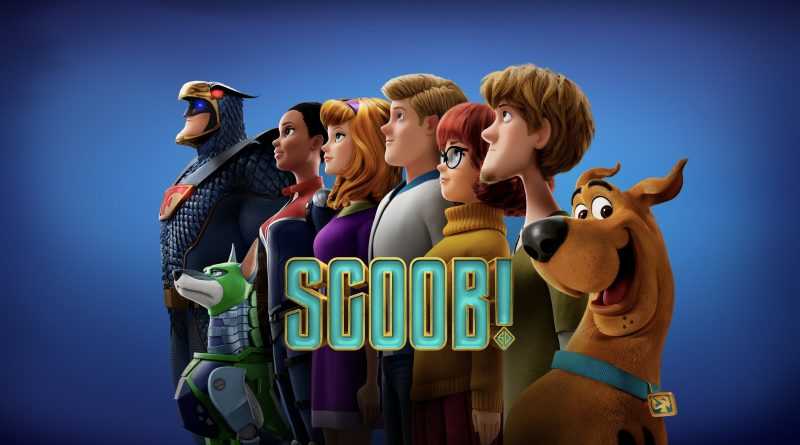 Scooby Doo has been a presence in my life for as long as I can remember. I mean, who didn’t grow up watching it? Scoob! acts as a reset and brings a very familiar brand right into 2020 whilst paying homage to its deep history and bringing along some other classic cartoon characters for the ride.

Our story begins as a young, lonely Shaggy meets a dog on Venice beach. Naming him Scooby Dooby Doo, they instantly bond over food (what great friendship doesn’t?) and become best friends. They quickly meet Fred, Daphne and Velma who help them uncover some ghoolish hijinks, in true Scooby Doo style, and just like that, Mystery Inc. is born. Needing some direction, Simon Cowell is randomly brought in to help the team plan what to do next but ends up causing a rift. Shaggy (Will Forte) and Scooby (Frank Welker) leave the group feeling useless and it’s left to Fred (Zac Efron), Daphne (Amanda Seyfried) and Velma (Gina Rodriguez) to find them.

The voices of Shaggy and Scooby are instantly recognisable so having Frank Welker back voicing Scooby was invaluable. I thought Will Forte did a great job as Shaggy too as he definitely managed to encompass his usual mannerisms and kooks. The film keeps the essence of the rest of the team’s personality traits too which is important and wouldn’t you picture Fred to be just like Zac Efron if he was real?!!

Blue Falcon (Mark Wahlberg) is so entertaining and probably my favourite character in the film. A superhero who knows how to make an entrance and spends more time posing on Instagram as one rather than doing much good. He beams Shaggy and Scooby onto his Falcon Fury ship to help him and his team, Dynomutt (Ken Jeong) and Dee Dee Skyes (Kiersey Clemons) stop Dick Dastardly (Jason Isaacs) collecting skulls for his dastardly plan.

I enjoyed having Whacky Races’ Dick Dastardly (and eventually Muttley) in this film. It made it all that bit more nostalgic for the older viewer and even more so when Captain Caveman (Tracy Morgan) makes an appearance for one of the highlights of the entire film. Jason Isaacs does a brilliant job as the film’s villain.

On the whole I found Scoob! to be good entertainment and I imagine it would be a real hit for kids. It really does boast some great vocal talent. The animation style is great and I felt that we were given visually authentic versions of Shaggy and Scooby whilst Fred, Daphne and Velma had some 2020 updates. Also, the visuals as the credits roll are very pretty. There were no missed opportunities for a joke and some landed whilst others might have been a bit more of a tumbleweed moment.

There were many mentions of today’s pop culture such as Netflix, Tinder and the Hemsworth brothers which reminded you how current this version of Scooby Doo is. Having said that, the film still managed to slot in some classic Scooby scenes and references like the classic chases we are used to seeing and of course it’s infamous “and I would have got away with it” line is thrown in a few times. I did find myself missing just one little moment where Velma couldn’t find her glasses though.

At it’s heart Scoob! is essentially about the very special friendship between Shaggy and Scooby and it’s their inexplicable bond that saves the day in the end. It’s a feel good, family film which is sure to make you smile.