Elsewhere on the site, go look for it now, there’s an introduction to Alterna Comics, an indie creator owned publisher that has returned comics to newsprint, and only charges $1.50 an issue. I know, that sentence just seems so incredible in 2018.

I just paid £4.35 for Doomsday Clock number 2, which is an amazing piece of work, but over 12 issues that means we will pay over £52 for the whole story, and more if you want the variants. I bought Peter Simeti’s The Chair, on newsprint, from Forbidden Planet in Glasgow, all four issues of the story and it cost me £4.Oh, and for the record, it’s brilliant. It’s so good,they made it into a film, I haven’t seen the film but I plan on getting it on Blue Ray soon.

The Chair is a 4 issue horror story set in a terrifying prison where inmate Richard Sullivan, has spent 10 years on death row.
There is very dark, atmospheric artwork from Kevin Christensen, in black and white, and inked by the author himself.

It’s a claustrophobic psychological thriller, an if that sounds like your cup of tea, then I would recommend this wholeheartedly, and yes, it’s available in a trade in case you can’t pick up the issues. If horror is your thing, Alterna have it covered! 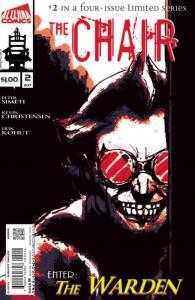 Croak is a 3 issue series also available now, written by Cody Andrew Sousa with Francesco Iaquinta. It starts with a trip to the woods for a group of friends that slowly escalates into a nightmare for those involved.

The writing here is on point, the easy conversational tone of the friends sounds realistic and the scratchy art style has some lovely large moments that convey the panic and tension of the scenes very well. This is another recommended scary book that i’m sure won’t disappoint the fans of the genre. 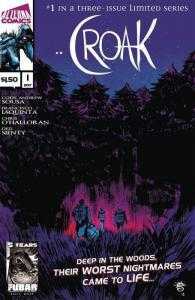 My next offering from Alterna is the 4 issue masterpiece Trespasser Written by Justin M Ryan with art from Kristian Rossi, Trespasser is a mix of horror and sci fi that is original and shocking.

This clever and thought provoking story of survival and desperation, is another hard hitting dark tale that stays with you after the final shocking ending, tha surely has left room for a sequel.

It’s one of my favorite titles from the publisher, the art is more to my taste and it was refreshing to read something so unusual in comic form. 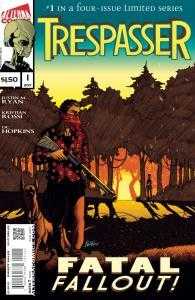 The above titles are all horror based and designed for a mature reading audience, but it’s worth noting that Alterna also have many other styles in their back catalogue. They have a whole line of all age comics, including Mr Crypt, Amazing Age, Lilith Dark and Adam Wreck, all suitable for every comic fan.

This reviewer was also lucky to receive a preview of new title Go West issue one from the company. This western inspired tale of revenge was just the kind of thing i expect from Alterna. Violent, intriguing and some really incredible art work.

This series is a must have now for me, and i will be picking it up in store as and when it gets released.

Glancing through this article I realise that I sound like a complete fan boy, but in my defense, can I say that the whole Alterna package has me hooked. The price point, the newsprint, the mini series format, the sheer ambition of the company has won me over. Sure every title has it’s positive and negative points, but as a long term comic book reader, it has been a long time since i was so excited by a company. 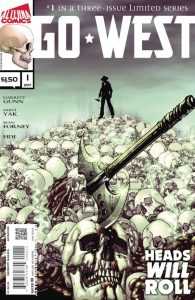 Alterna deserves success, it has concentrated on bringing great stories and art to comic fans at a price that is affordable , and with no agenda except to entertain. Surely that’s all a reader can expect from creators, great publications that engage, provoke thought and leave the reader feeling satisfied.

If you are reading anything else that is missing those benchmarks, can I suggest you pick up some Alterna comics and as usual let us know your thoughts. 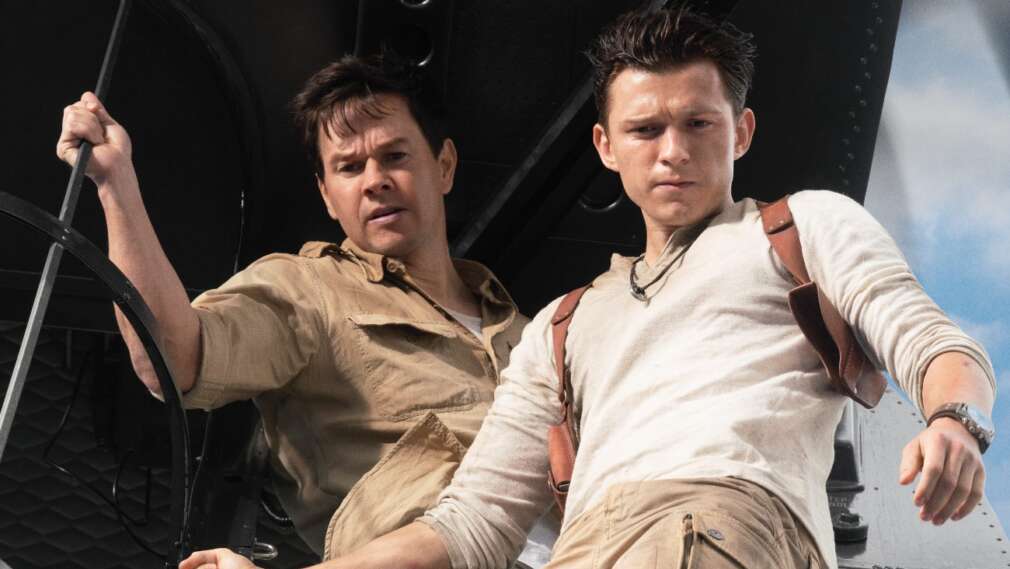 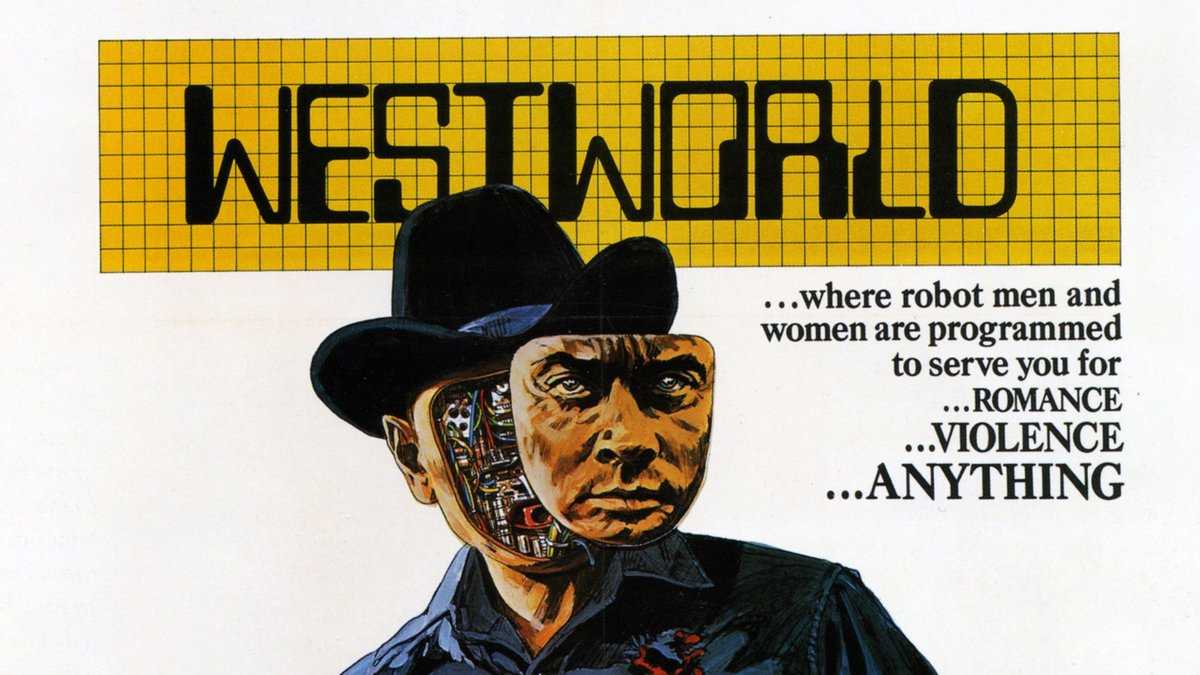