Emma and Co. are going on a trip down memory lane in the 100th episode of Once Upon a Time

According to EW, Emma and Neal will soon be reunited  in the landmark episode as Michael Raymond-James (True Blood & Terriers) is set to reprise his role as Neal Cassidy.

Neal made his debut in Once Upon a Time in the season 2 premier and was revealed to be Rumplestiltskin’s (Robert Carlyle) son Baelfire, Henry’s (Jared Gilmore) father and also Emma’s (Jennifer Morrison) first love. But Neal was killed off in the third season by Zelena, the Wicked Witch of the West. Details around Neal’s return however are being kept closely under wraps, but considering Emma and the gang are heading to the Underway, is that were they’ll meet?

“As far as I understand, Hades only has people that have unresolved issues,” Jennifer Morrison told EW while shooting the 100th episode. “Neal died pretty resolved. He died a hero, he died knowing why he was dying and making that choice, and that didn’t involve taking on the Darkness. Hook [Colin O’Donoghue] took on all of the darkness of the Dark Ones in order to sacrifice himself, so that was clearly a choice that involved Darkness. As far as I understand, Neal’s death wouldn’t be considered wrapped up in Darkness in any way, so I guess that would mean he would go somewhere else. I don’t totally know.”

Take a look at the gallery below for some preview pictures from the 100th episode titled “Souls of the Departed.” 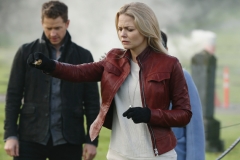 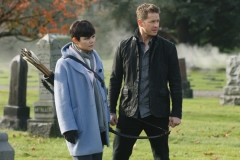 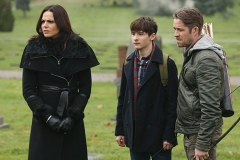 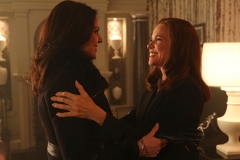 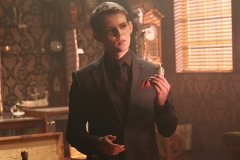 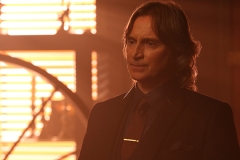 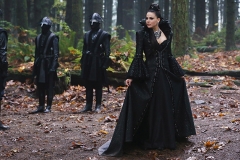 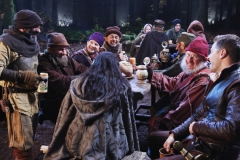 Emma, Regina, Mary Margaret, David, Robin, Henry and Gold arrive in the Underworld, on a mission to rescue Hook, only to discover that their search will be more difficult than they had anticipated. The inhabitants of the Underworld—all souls with unfinished business and many with quite personal vendettas—hound our heroes at every turn. Meanwhile, in an Enchanted Forest flashback, a familiar face from the Evil Queen’s past returns to present Regina with the perfect birthday gift.

“Souls of the Departed” will air Sunday, March 6 at 8PM on ABC.