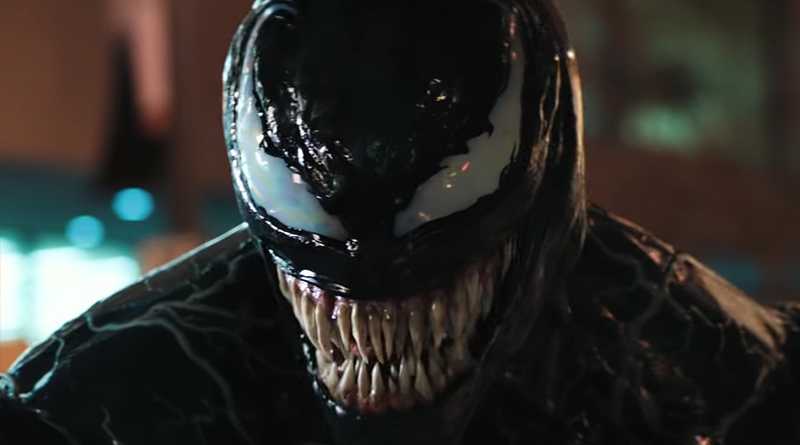 Eminem recently dropped a surprise album, titled Kamikaze, which featured the track ‘Venom – Music From The Motion Picture’ as the thirteenth and last track.

To be honest, it is your typical Eminem song really, just with an added sprinkle of Venom related lyrics, like so:

I’m the super villain Dad and Mom was losin’ their marbles to
You marvel that? Eddie Brock is you
And I’m the suit, so call me
Venom

The release of this TV spot follows the not so surprising news that the film has been rated PG-13 in America, apparently down to the character possibly appearing one day in the Marvel Cinematic Universe – I mean, who wouldn’t want to see him and Tom Holland toe to toe? I am a little disappointed this version won’t be the R-rated Venom based on the comics that we were promised though!