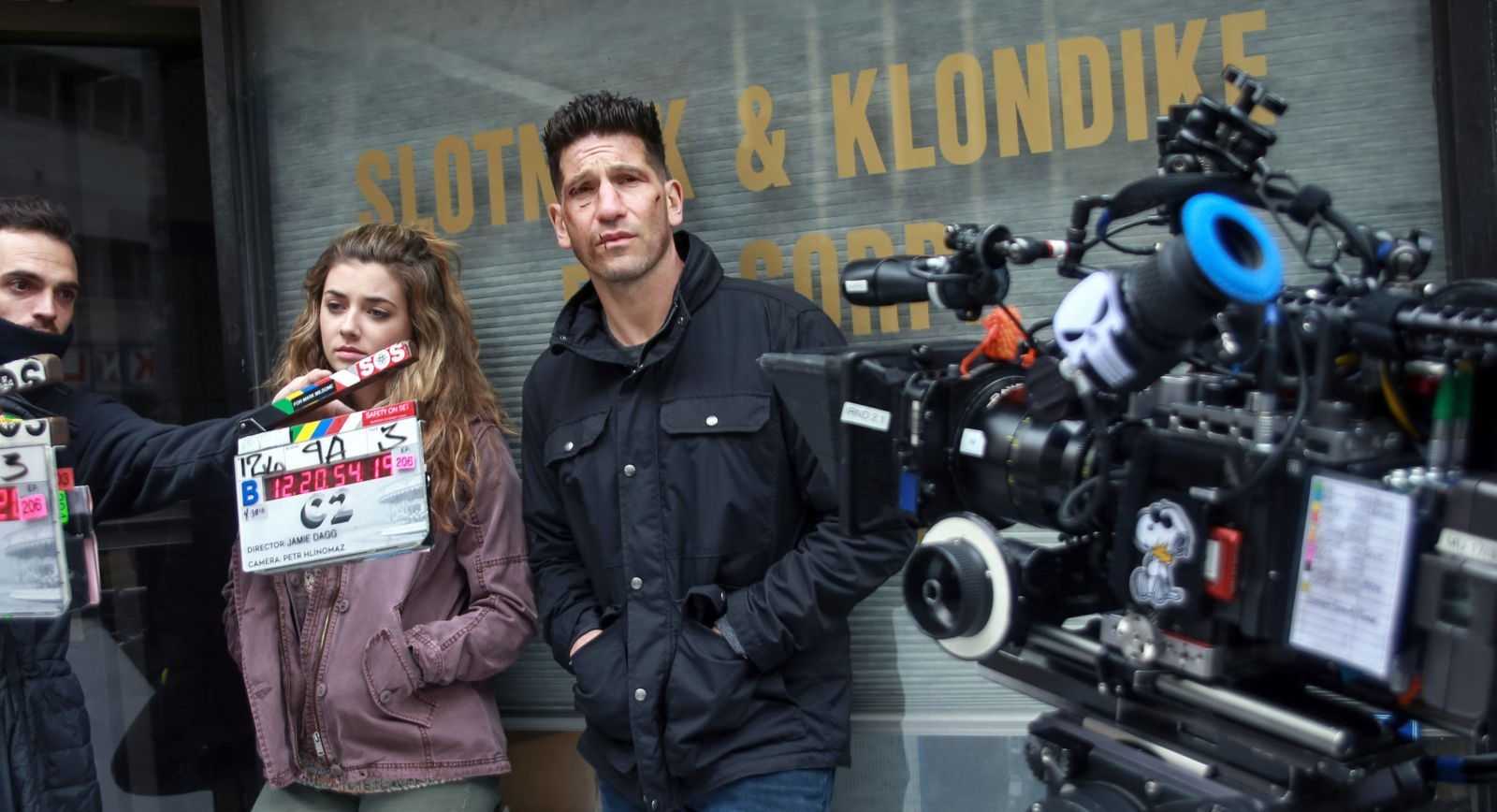 Filming has begun on the second series of Netflix’s popular spin off The Punisher, and the first couple of set photos have made their way online! So far there’s been no word in regards to the storyline of the series, but these pictures may give us a clue to the comic book storyline it may be based on…

Check out the set photos in the gallery below!

The set photos feature the return of Jon Bernthal as Frank Castle as well as newcomer Giorgia Whigham who’s set to play Amy Bendix, who according to Deadline is a “street-smart grifter with a mysterious past”.

Amy Bendix does have a comic book history as she first appeared in 1994’s Punisher: War Zone #24, aiding the vigilante by nursing him back to health and keeping him hidden, as part of the “Suicide Run” arc. Another storyline that could connect Amy is Garth Ennis’ ‘The Slavers’ arc, which sees Castle crack down on a ring of sex slavers. Could Amy be a runaway from the underground ring?

So what do you think the new set photos? Let us know in the comments below!