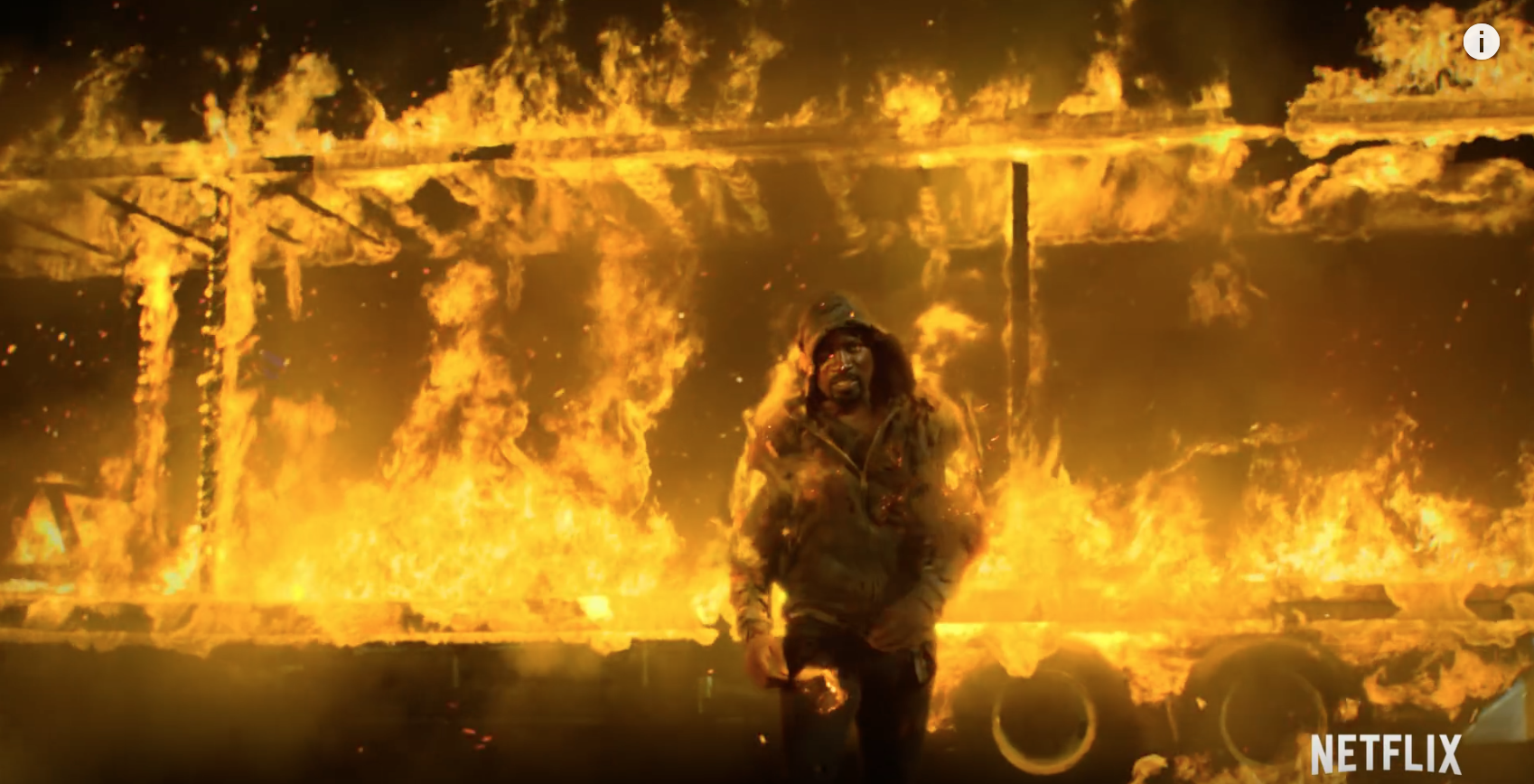 Marvel and Netflix has released a brand new teaser trailer for upcoming sequel Luke Cage, which was also announces that the second series will be streaming on Netflix on June 22!

The teaser is under 30 seconds long but it’s pretty action packed – a lorry explodes, Luke Cage is on fire, Luke gets shot at, Luke jumps off of a building, oh and there’s also plenty of shots of Luke looking angry while walking down the street in slow mo!

Here’s the synopsis for the series:
After clearing his name, Luke Cage (Mike Colter) has become a celebrity on the streets of Harlem, with a reputation as bulletproof as his skin. But being so visible has only increased his need to protect the community and find the limits of who he can and can’t save. With the rise of a formidable new foe, Luke is forced to confront the fine line that separates a hero from a villain.