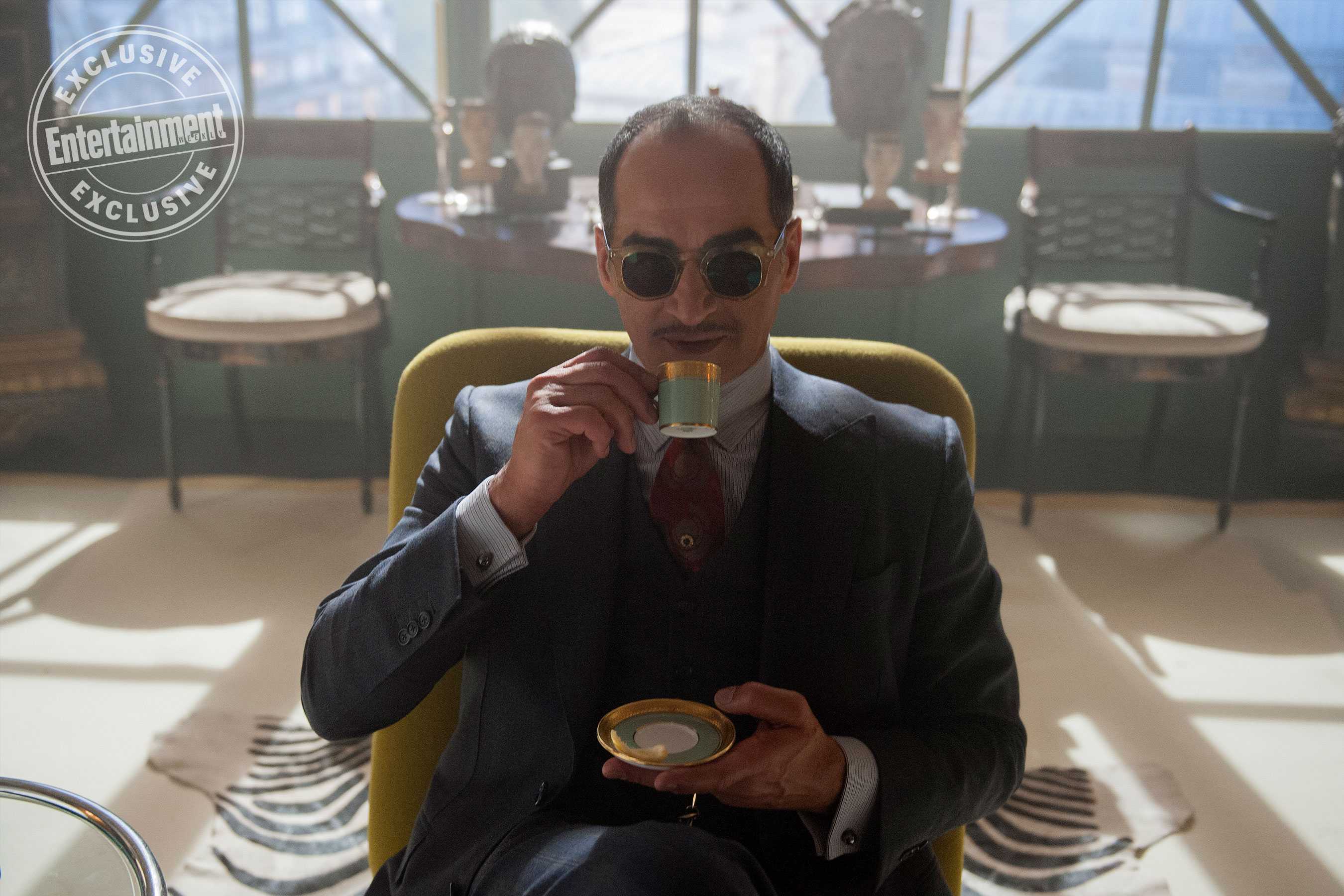 The mind-bendingly brilliant series Legion returns to our screens next month and thanks to EW, we have three new images to wet our appetites for the sequel!

The new stills feature David Haller (Dan Stevens) with friend Cary Loudermilk (Bill Irwin) and a mysterious figure in what looks like hazmat suits, inspecting Haller. Next up is Amahl Farouk as the Shadow King in his male form, just casually sipping tea! Lastly we have Jemaine Clemente’s Oliver at drinking at a bar – is this possibly where the dance scene takes place that we’ve seen in the trailer?!

Check out the images below:

Also featured in the first look article are a couple more details about the Shadow King:  “Lenny and Oliver are being used by this character, Amahl Farouk,” Hawley, an executive producer, told EW. “He wears their faces from time to time. It’s his way of hiding himself. I had this thought of, ‘What does Freddy Krueger do during the day?’ I thought it was interesting, the idea of the downtime of these characters. They’re not being used and so what is reality like for them? They’re being placated, that they’re in some place beautiful that may not actually be a physical space, it may be a mental space, like an astral plane. They have everything they need, they’re by the pool, it’s beautiful, but at a certain point, there’s part of them that realizes that they’re just trapped in this reality they don’t have any control over.”

Based on the Marvel Comics by Chris Claremont and Bill Sienkiewicz, Legion is the story of “David Haller” (Dan Stevens), a man who believed himself to be schizophrenic only to discover that he may actually be the most powerful mutant the world has ever seen.