From the looks of the still (and trailer), Deadpool is not going to hold back on the violence! But what was it like filming this intense fight scene? “Ryan’s like Muhammad Ali, dancing around, whispering in my ear,” Ed Skrein says. “And I’m George Foreman. Every blow is like a haymaker and I just want to take his head off.”

Due to all the action both actors had to bulk up and train for the film. “Ed got yoked for the movie,” Reynolds joked. “I saw his arms and got pretty upset at myself for not working out harder.” From the looks of the following still Reynolds worked out pretty hard too! 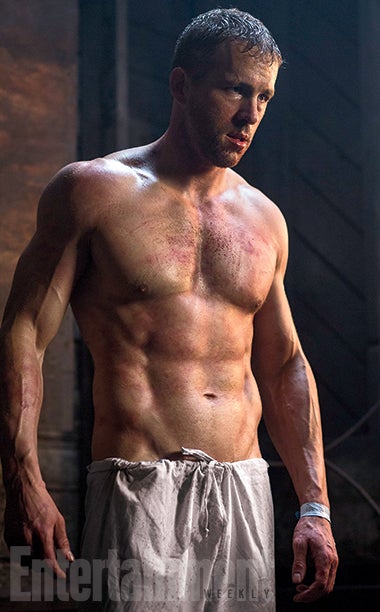 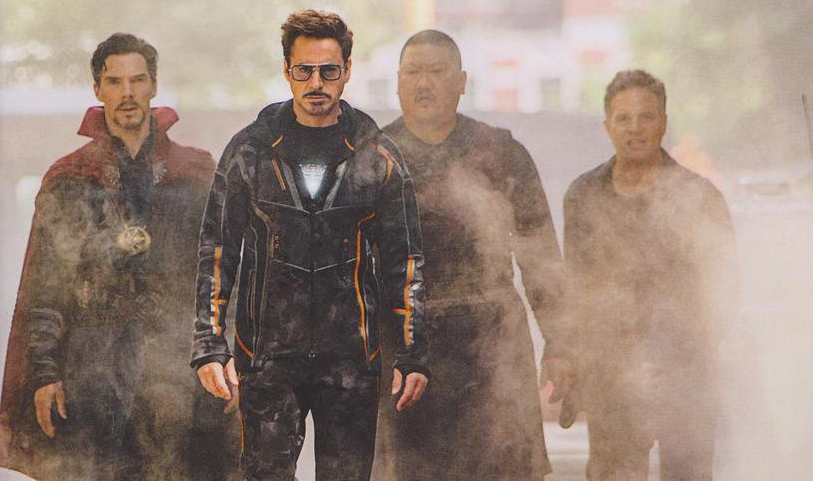