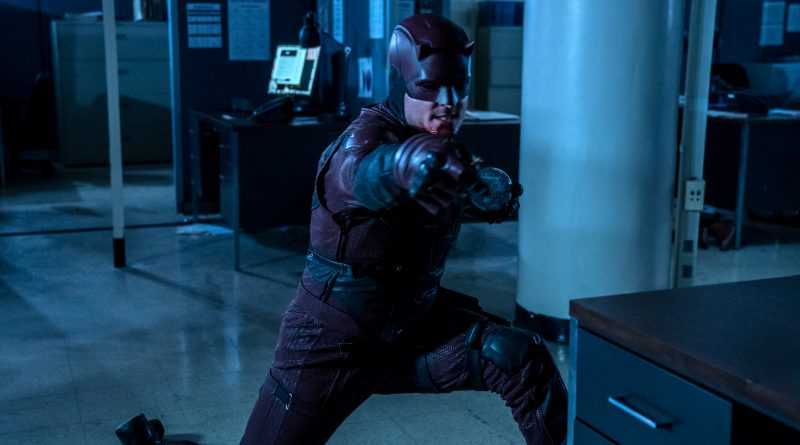 Marvel and Netflix have released a brand new character teaser for Daredevil season 3 featuring non other than Agent Pointdexter himself – confirming that the highly anticipated new season will reveal the origin story of the iconic Marvel villain, Bullseye.

This is the journey of the highly skilled, but deeply troubled and unpredictable Agent Benjamin “Dex” Poindexter (played by Wilson Bethel) as he descends into villainy. He becomes a deadly adversary for Matt Murdock… one who won’t stop until he’s destroyed the Devil of Hell’s Kitchen.

And here’s some new images from the upcoming series.

Embracing the darkness, enraged by the evil afoot, the video teases the return of Matt Murdock…the vigilante.

Daredevil season 3 is set to return to Netflix on October 19th, 2018