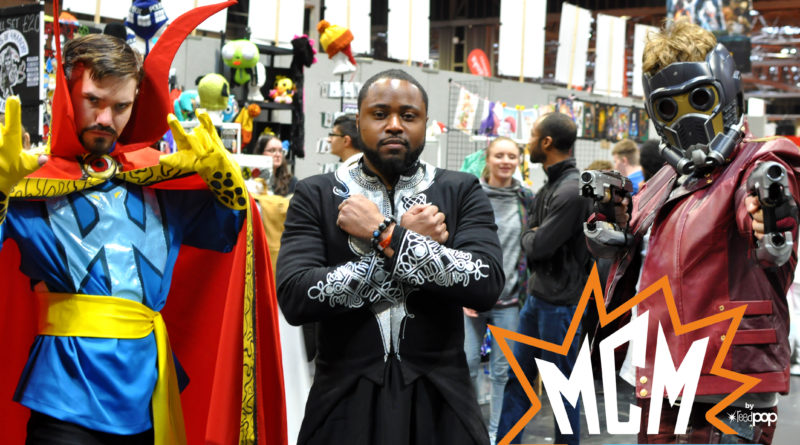 MCM Birmingham Comic-Con is just around the corner and the convention organisers have announced a lineup that includes stars from The Umbrella Academy, Game of Thrones and Supernatural, that kickstarts their con year off with a bang!

The biggest comic con in the Midlands, MCM Birmingham, is set to return to NEC on 23-24 March for another fun-filled weekend of geeky goodness. The event organisers have announced a stellar lineup including:

As well as spectacular special guests, MCM Birmingham will play host to a Comic Village crammed with talented artists and writers; a Cosplay Stage showcasing the colourful costumes and crafting skills of the UK’s cosplay community and an eclectic range of exhibitors selling everything from toys and film props to original artwork and anime. There’s also the new Treehouse interactive area with face painting, free-play Lego, book readings and Jedi training to keep your youngest superheroes entertained – so make sure to take advantage of our fantastic ‘Kids Go Free’ offer*!

Visitors will also get the chance to:

· Take part in a Hellboy Cosplay Competition, celebrating the 25th anniversary of legendary comic book creator Mike Mignola’s most famous creation;
· Enjoy a special live D&D show with the Outside Xbox crew, as Dungeon Master Johnny Chiodini takes the ragtag Oxventurers on their latest perilous quest;
· Watch on-stage panels, including Tom Hopper and Emmy Raver-Lampman talking The Umbrella Academy and a Sex Education chat with show star Asa Butterfield;
· Get a first look at Birmingham-based supernatural series Lucid the Dreamwalker;
· Discover the next big thing, as editors from Den of Geek, SFX, SciFiNow and other pop culture publications debate the future of the genre; and
· Train in LED sabre fighting techniques thanks to the Silver Sabres Combat Academy.

Weekend tickets are expected to sell out soon. Tickets for MCM Birmingham Comic Con are available from their online store. To stay up-to-date with show news, visit mcmcomiccon.com/birmingham.