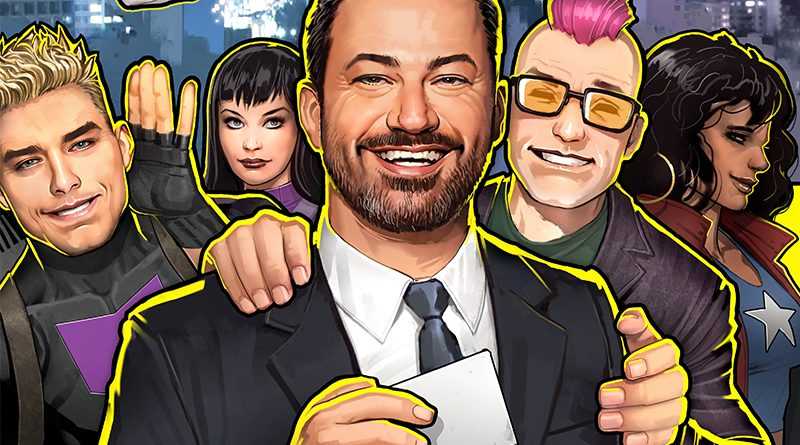 Monster-sized threats are roaming Los Angeles…and the West Coast Avengers will need all the help they can get to save the day. Can Kate Bishop, A.K.A. Hawkeye, keep her newly-formed team together long enough to survive their first big test? And can she do it while the cameras are running?

“We wanted the new West Coast Avengers to be able to debut to the rest of the Marvel Universe in a big, bombastic way—and what’s a better place for a team that’s courting the LA limelight to debut than Jimmy Kimmel Live! (Or, at least, the Marvel U equivalent!),” said series editor Alanna Smith. “This is actually Hawkeye’s second time in the hot seat of a famous talk show—he went on Late Night with David Letterman in AVENGERS #239, an appearance which we’ve paid homage to with our Jimmy Kimmel variant cover!” 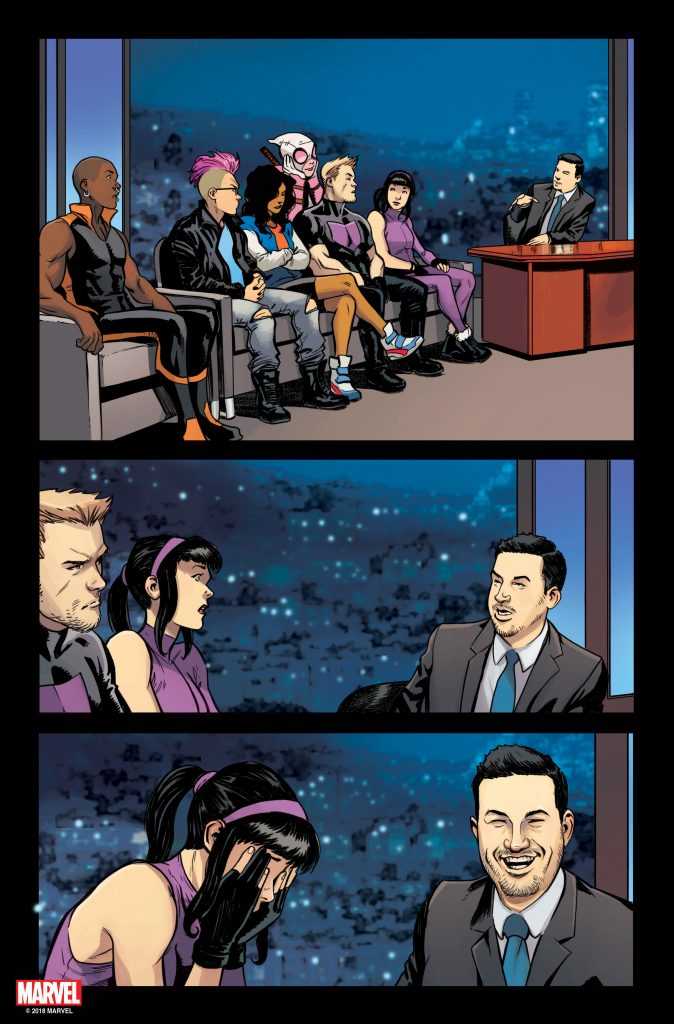 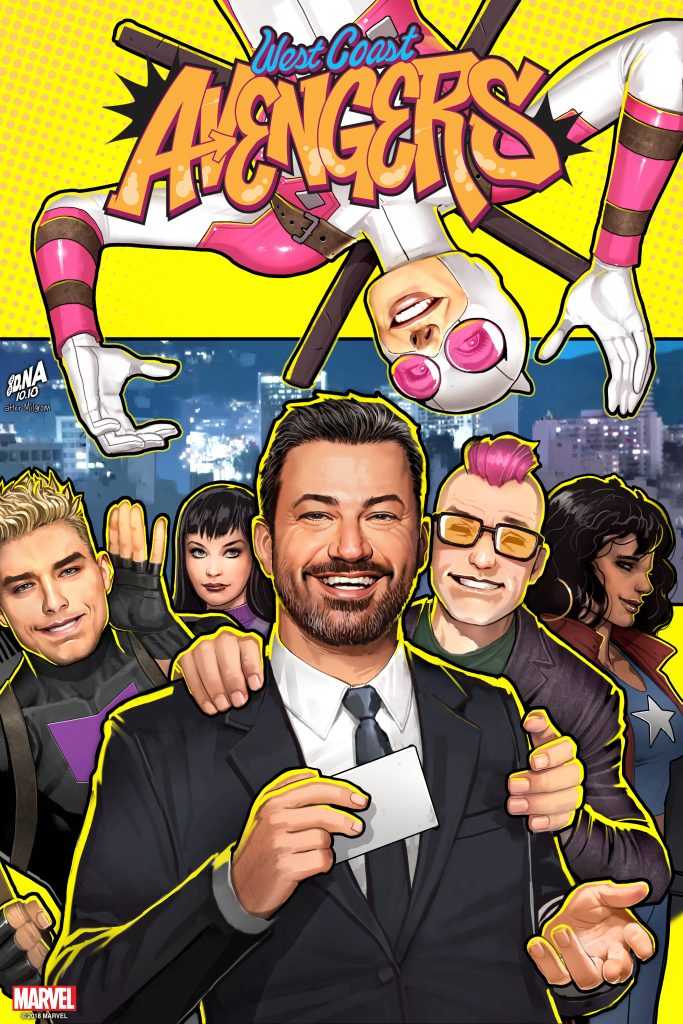