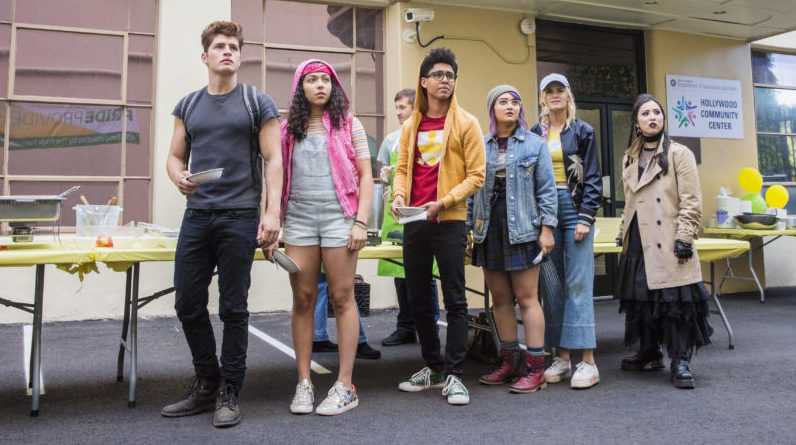 Marvel have unveiled our first look at season 2 of the hit young adult Hulu television show Runaways, featuring the gang finally out and on the run! The studio has also announced that the show will return with all 13 episodes of Season 2 premiering on Hulu this December 21. The first episode will also be titled ‘Gimme Shelter.’

Check out the first look at the Runaways below!

And here’s the synopsis:
In Season 2, the Runaways have left their homes (and evil parents) behind and now have to learn to live on their own. As they scavenge for food, search for shelter, and take care of one another, our kids begin to realize, for better or worse, they’re stuck with each other. And it’s up to them to take down PRIDE once and for all. But someone sent a mysterious message to Jonah… Is there a mole in the Runaways? Meanwhile PRIDE is focused on finding their children, and Jonah has his own dangerous plan in mind.

Marvel’s Runaways is executive produced by series co-showrunners/writers Josh Schwartz and Stephanie Savage (The O.C. and Gossip Girl) along with Marvel’s Head of Television and Jeph Loeb (Marvel’s Jessica Jones, Marvel’s Cloak & Dagger Marvel’s The Defenders). Fake Empire’s Lis Rowinski will produce as well. The second series is set to premier on December 21.