Marvel announces the return of Cindy Moon at C2E2

Marvel Comics has officially announced the return of Cindy Moon in Silk #1 at comic convention C2E2 in Chicago!

Written by acclaimed novelist Maurene Goo with art by all star Takeshi Miyazawa, Cindy Moon is back to working under J. Jonah Jameson, this time at Threats & Menaces. While investigating gang murders, Cindy draws some heat JJ’s way—and feels pretty bad about it. So Cindy is investigating as a reporter by day, and Silk is watching over JJ and keeping an eye on things at night.

Turns out the murders are being committed by the cat demon Kasha at the behest of Saya, an international businesswoman who has ties to a major Marvel villain. Saya is closer to Silk than Cindy knows, and things are about to get extremely dangerous in both Cindy and Silk’s worlds as these ruthless villains get ever closer!

“The opportunity to write a Korean American Super Hero—a woman, no less—is one that I never thought would come my way,” Goo says. “I’m so excited to flex this writing muscle and to explore new stories for Silk—a character I love. Her fierceness and loyalty are qualities I understand and relate to, and I hope readers feel the same as she fights new foes and protects old friends.” 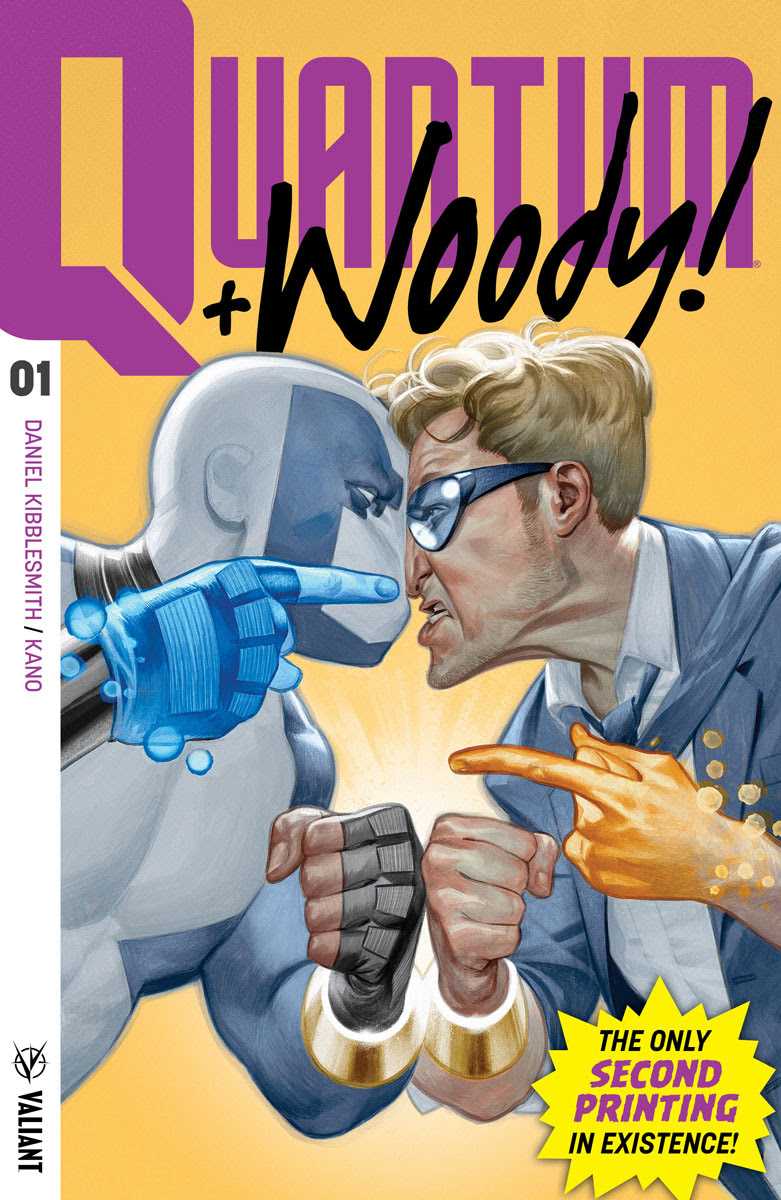 Valiant’s QUANTUM AND WOODY! #1 gets a third printing!