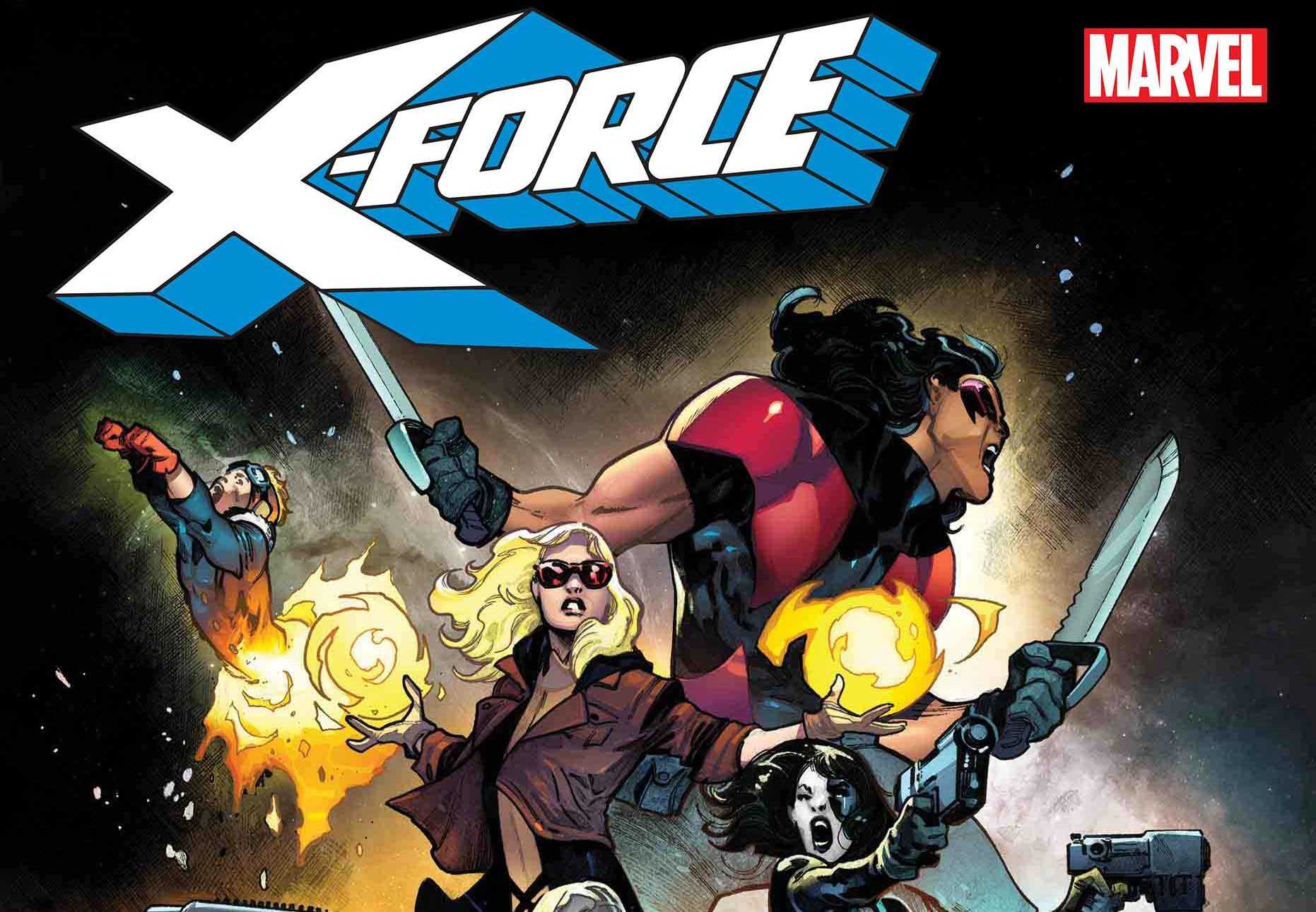 Featuring an all-new team and all-new story from Ed Brisson and Dylan Burnett!

Marvel has announced the return of the X-Force as they are set to reassemble for revenge this December! The creative team will consist of Extermination writer Ed Brisson and Cosmic Ghost Rider artist Dylan Burnett as well as Young Guns artist Pepe Larraz to bring you Domino, Cannonball, Shatterstar, Boom Boom, and Warpath in an all-new adventure!

“Coming out of EXTERMINATION, Domino, Shatterstar, Cannonball, and Warpath are reeling from the loss of their mentor and have unanswered questions,” Brisson told Marvel.com in an interview. “They’re on the hunt for this new Kid Cable to get those answers—some want his head, some just want to talk to him to find out what the hell is going on. Is this really their Cable? Is this an impostor?”

“X-Force has always been the one X-team that stood out the most for me,” added Burnett. “A lot of my favorite mutants have belonged to it over the years (namely Cable and Psylocke) but being able to bring back the original lineup in a new way is a huge honor. They’re just a bunch of badasses. It’s dope. I’m stoked.”