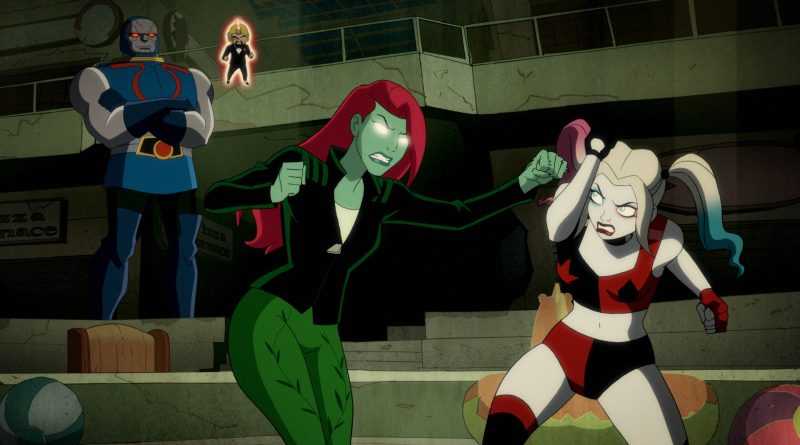 DC Universe has released a whole bunch of new Harley Quinn stills from the upcoming twelfth instalment, titled “Lovers’ Quarrel” which sees Harley and the Justice League attempting to take down Dr Psycho and a mind-controlled Poison Ivy.

Darkseid will grant Psycho the world if Psycho can prove himself by bringing him the head of Harley Quinn, the earth woman who absconded with his army without making good on her end of the deal. Psycho manages to control Ivy’s mind, which results in the Justice League fighting Ivy, and the ultimate showdown: Ivy vs. Harley!