Bill Irwin currently stars as Cary Loudermilk in the mind bending FX/FOX and Marvel television series Legion. The actor began his career in the 1980s as a stage performer and has since starred in broadway, film and television, as well as being a producer, director, writer, and choreographer! Irwin is best known for his roles in Who’s Afraid of Virginia Woolf on Broadway and as Mr. Noodle in Sesame Street’​s Elmo’s World.

Nicola had the opportunity to talk to the Legion star as part of a multi-conference interview with FOX Europe, alongside Flickering Myth and the Express.

We Have a Hulk: So now the Somerland team are working with Division Three, will this have a significant impact on the relationship between Cary and Kerry?

There’s a huge narrative shift from season one to season two, and I was surprised with how suddenly we are now in league with Division 3. I think the greatest impact it’s had over the course of season 2 is between the Cary and Kerry relationship. Also no one is as sure this season who to trust, as we thought we were last season. And that has played out and I don’t know how much of season 2 you’ve seen, but the Cary/Kerry relationship undergoes a pretty major evolution – I’ll just leave it at that

Flickering Myth: So Noah Hawley created the show and was the show runner for last season. But last season what I found interesting was that he was the writer for only two episodes – the pilot and the season finale. But this time around for season two he’s co-writing, I believe, every single episode so far. So for you as an actor has that made things any different when you’re on set and filming?

I’m sure it’s taken years off of Noah’s life! It’s meant that for us as actors, there are, two writer’s voices, there’s Noah Hawley’s and there’s his primary collaborator, Nathaniel Halpern, who was there every day on set. I don’t know how he did it: he was creating episodes, rewriting previous episodes, and he was at every shot helping supervise. So, to have the writing team get smaller and more compact, it must have taken a huge toll on those writers, but it really focused the work for us actors.

The Express: So you’re role is very physical, and there’s been a lot of choreography involved. Do you find that your previous experience in this world and your other roles have benefited you with your portrayal of Cary and the different movements that he displays in the episodes?

My answer is lord I hope so! I just try to keep up with the role and as an actor of a certain age, I’m thrilled to be doing physical things most of the time and not sitting in a chair with a tight three quarter shot that doesn’t show my neck tie. For actors of my age that’s what we end up doing a lot, but I am thrilled to be keeping up with the younger characters and to share a body with this character and actor who’s fifty years younger than me! Also to be a muscular part of the storytelling, it’s… it’s very exciting. It’s taken a real toll, but I hope that everything up till know helps me be prepared to be Cary Loudermilk who has to run and fall down – all of that! 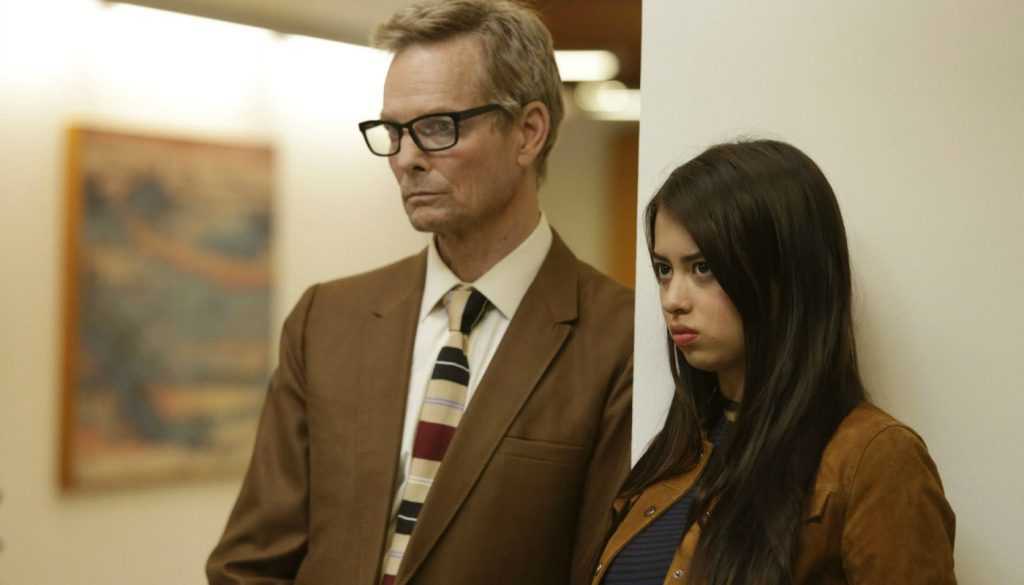 We Have a Hulk: So we had an amazing battle with you and Kerry in episode four of the first series. Will we hopefully get to see anymore of that in this series?

Yes, there’s quite an epic battle, and that’s one of the thrills of working on Legion is working with the stunt actors and the stunt co-ordinators, it’s stunt work at a very high level for anything, especially for a series on television. The stunt people we work with in the stunt co-ordination team is very exciting and I hope there will be more epic battles, but nothing in season 2 quite met my expectations after working on season one, as there’s a different kind of character turmoil and character challenge in season 2. So I hope season three may hold some of that epic battle and dance off kind of requirements.

Flickering Myth: So even though Legion is based off the Marvel Comics of the same name, it features a lot of original characters from the mind of Noah Hawley, including your own Cary Loudermilk. I’m wondering, for you personally, does this relieve pressure when you go to conventions and meet fans since you don’t have a comic book counterpart with a lot of history, and therefore a lot of people with differing expectations based on their own reading experiences?

I love to be in that world of Comic Con and literary comic people because I get to ask some questions. And I get a deeper grounding in Legion’s story because you can do a lot of reading of Marvel Comics and not necessarily get into the Legion story, which is very complex and subtle within the Marvel Universe.

One of the things that Dan Stevens did, and he’s such a wonderful man: he’s kind of a subtle leader within the Legion cast. He gave us all a Legion collection, because it was a little hard to know where to start. But I have beside my bed, to this day, the book that Dan gave me, and I’ll ghost read it to not only to trace some of the Legion narrative, but to get the feel of that frame-by-frame storytelling. Now, Noah’s tweak on Legion is very much his own. He’s invented people like my own character, thank goodness. But it is rooted in that original set of Legion comics, and I try to go back and find my own narrative in that.

The Express: So I know Noah Hawley had you specifically in mind for the role, did this change the way you approached this, or did this give you a bit of room to bring your own sort of approach to it?

The first time I sat down with Noah Hawley he told me that he saw me on stage when he was 14, and I guess some of the ideas stayed with him. And so yes, it was a race and a sort of a charge of responsibility what my character Cary Loudermilk could be like and how he should present physically and like I’ve said previously, actors my age, we often get confined to a tight shot where we have our grey hair perfectly done, and then we say something and that’s our contribution. Fortunately, the Noah Hawley universe doesn’t hold much of that, so I’m forever running and trying to produce someone outside my body. And there is a basic clown responsibility that I feel in the character – sometimes I take it too far and Noah is the first to say that’s a little much, but part of my responsibility is a clown responsibility! 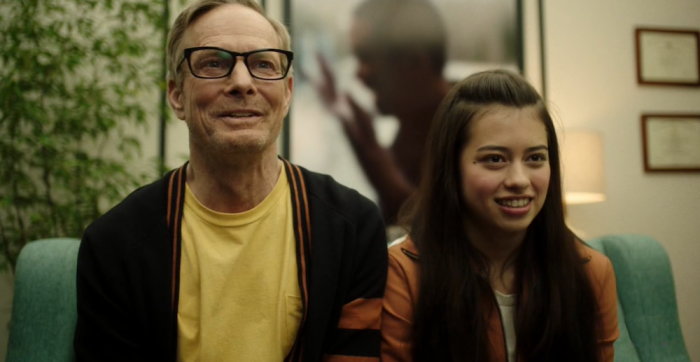 We Have a Hulk: So you and Amber obviously have a really, really great and close relationship for the show. So how did you develop that relationship?

Well, I was so put at ease when I first met Amber as we are 50 years apart. When we first met, we read some of the first season scripts – and it was immediately easy! I thought we were going to have to do a whole kind of therapy approach to this notion of living inside of each other and sharing the button, but it was just very natural. We felt like siblings in the immediate sense – even though I’m more like her grandfather’s age! We would hang out together quite a bit for people who are so different in age and we would go to the movies together. I would hear a lot about her boyfriend ventures and we would sing together between takes and between scenes. It’s a great experience, but it’s also turned out to be very useful in meeting the needs of the scenes that Noah creates. For example he asked one time do you remember this one song from this TV show and to my great embarrassment I did, and I taught it to Amber and then we started doing variations of it. And that’s one of our touchstones – is us signing together, and then lo and behold it ended up in one of the episodes in season 2!

Flickering Myth: Another intriguing thing I’ve noticed with Legion is that it has a short episode count per a season, compared to other networks where it’s usually 13-23 episodes. And I know you’ve done a lot of work in those fields of TV, so how does this smaller season affect you as an actor other than obviously having a shorter work schedule? Are you able to devote more time to your character or building a relationship with the other cast members?

Television is so time-pressured: no matter how you approach it, you’re always scrambled for time. But the rhythm of this show does allow a little more connection with your fellow actors, and therefore your fellow characters. And we spend time together. During the shooting of season 1, which took place up in Canada, we were all in Jean Smart’s apartment watching election returns in November 2016. So bonding as characters and actors, is, in my experience, fairly unusual. And you actually do have more time. It’s also a challenge of doing other work within the time-off that you might have from Legion.

And of course my contract, I’m not sure if I’m supposed to talk about this but here it comes, my contract is only for 8 of the 10 episodes. And I never miss a chance to tell Noah “but if you want me for the other two, if you want to write me in, don’t hesitate!” It became a running joke because I just wanted to have more storytelling presence in the Legion season, and that stands for season 3 too. I want to have as much presence in the story as possible.

The Express: Is there anything you can tell us about season 3 or is it all tightly under wraps?

Well it’s all tightly under wraps and it’s beyond my circle of knowledge too, but the response seems to be strong to season 2, and the network seems to be very loyal to the show and pleased with the show. To my great surprise I got a birthday present from John Landgraf and others at the main FX office the other day, it was a huge surprise!

But I wouldn’t venture a guess because the transition between season one and season two, nobody was more surprised than me that the Somerland team are now working for the people that we were fighting against, and it’s just made for a really rich shifting of loyalty and weariness and paranoia in all of the characters. 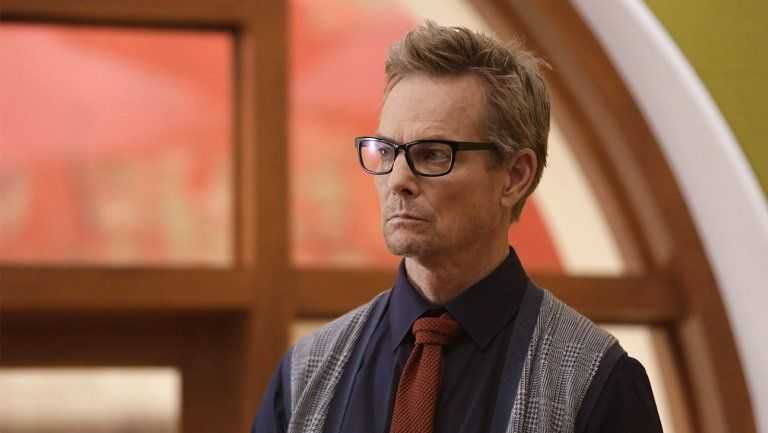 A huge thanks to Bill Irwin and FOX Europe for their time!
Legion continues Tuesdays at 9pm on FOX in the UK.
Tags: Bill IrwinFOXFXLegionMarvel 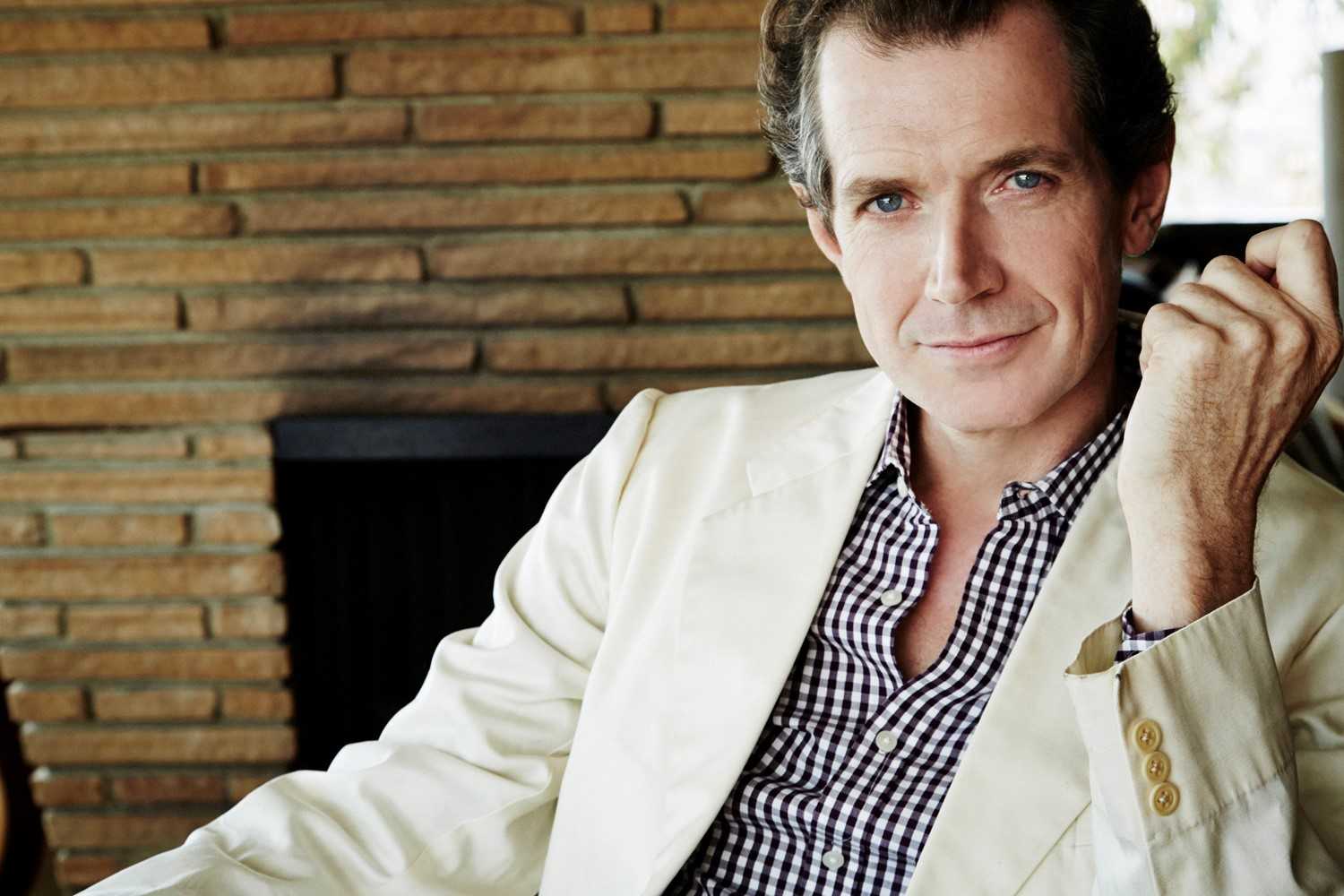 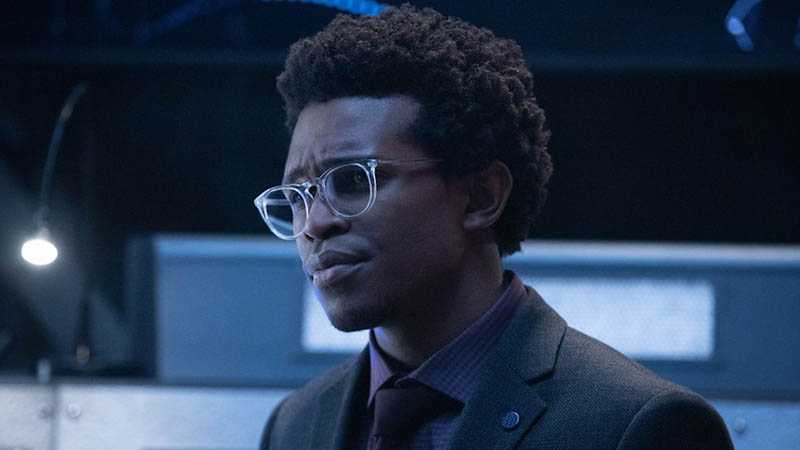