by Nicola Austin February 28, 2018
ShareTwitterFacebook
HomeAll Posts...Here’s your first look at the Avengers...

With the release of Avengers: Infinity War just around the corner, we’ll be getting a whole load of new Funko Pop figures to add to our collection!

Thanks to a user on Reddit, we have our first official look at the first wave of tie-ins, revealing a couple of new characters that we haven’t seen yet, including a glow-in-the-dark Thor, unmasked versions of Iron Man and Spider-Man, Ebony Maw, Cull Obsidian and a Walmart exclusive Thanos with wearing the infinity gauntlet!

Check out the huge first wave of the Infinity War range below! 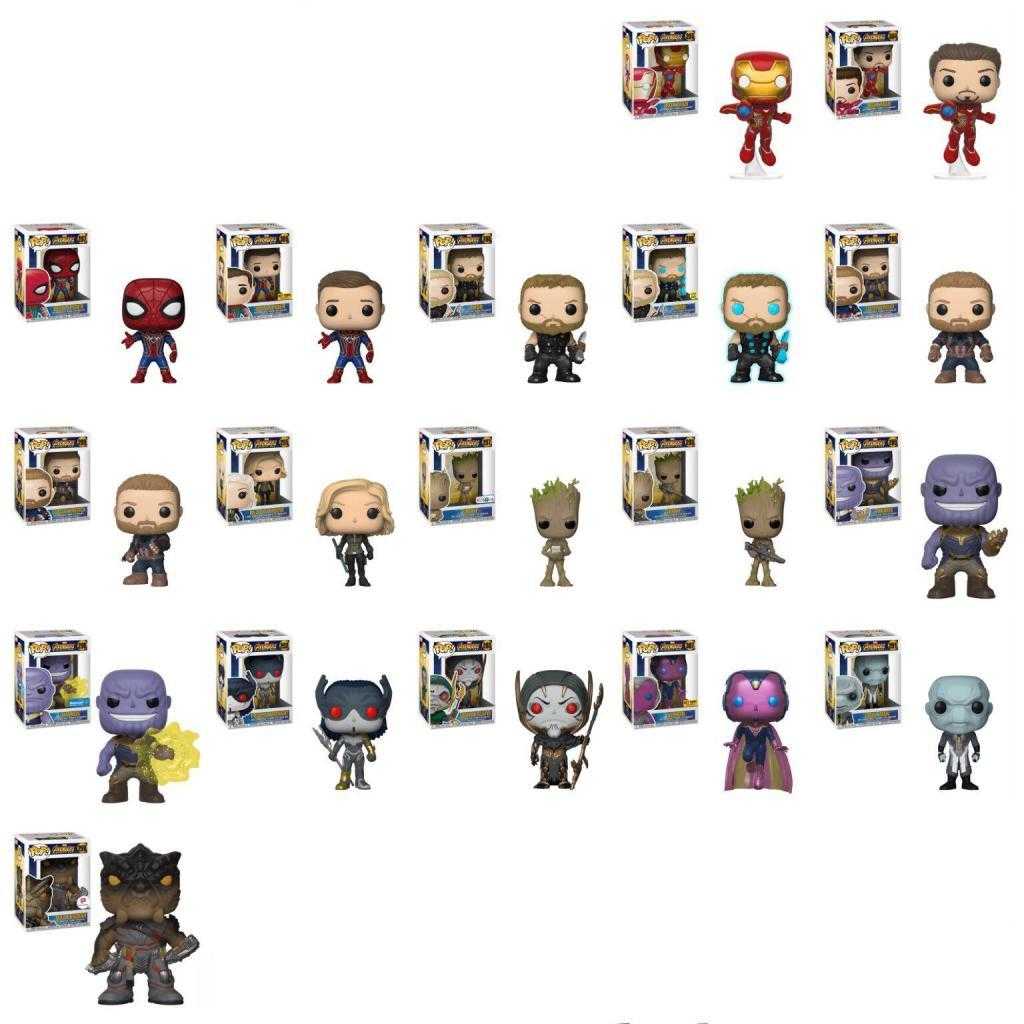 And here’s the official images from Funko! 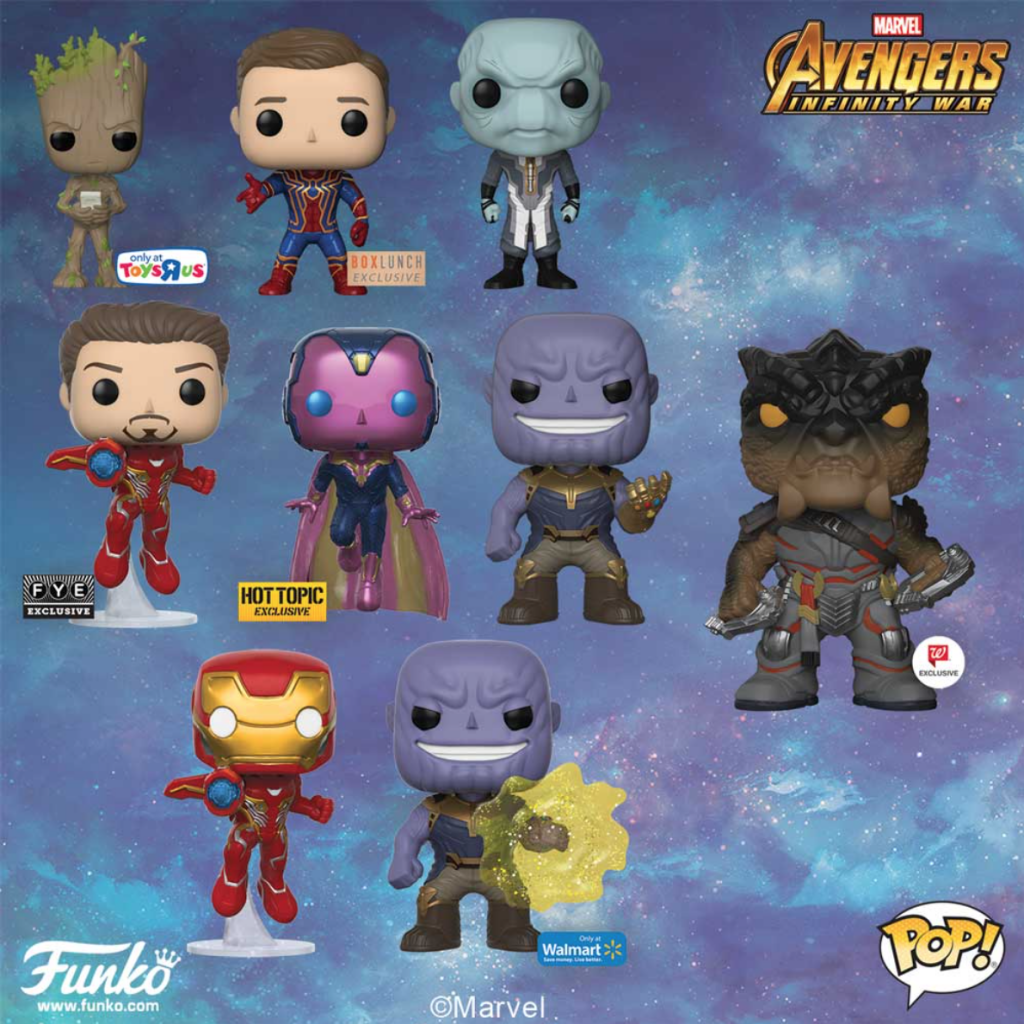 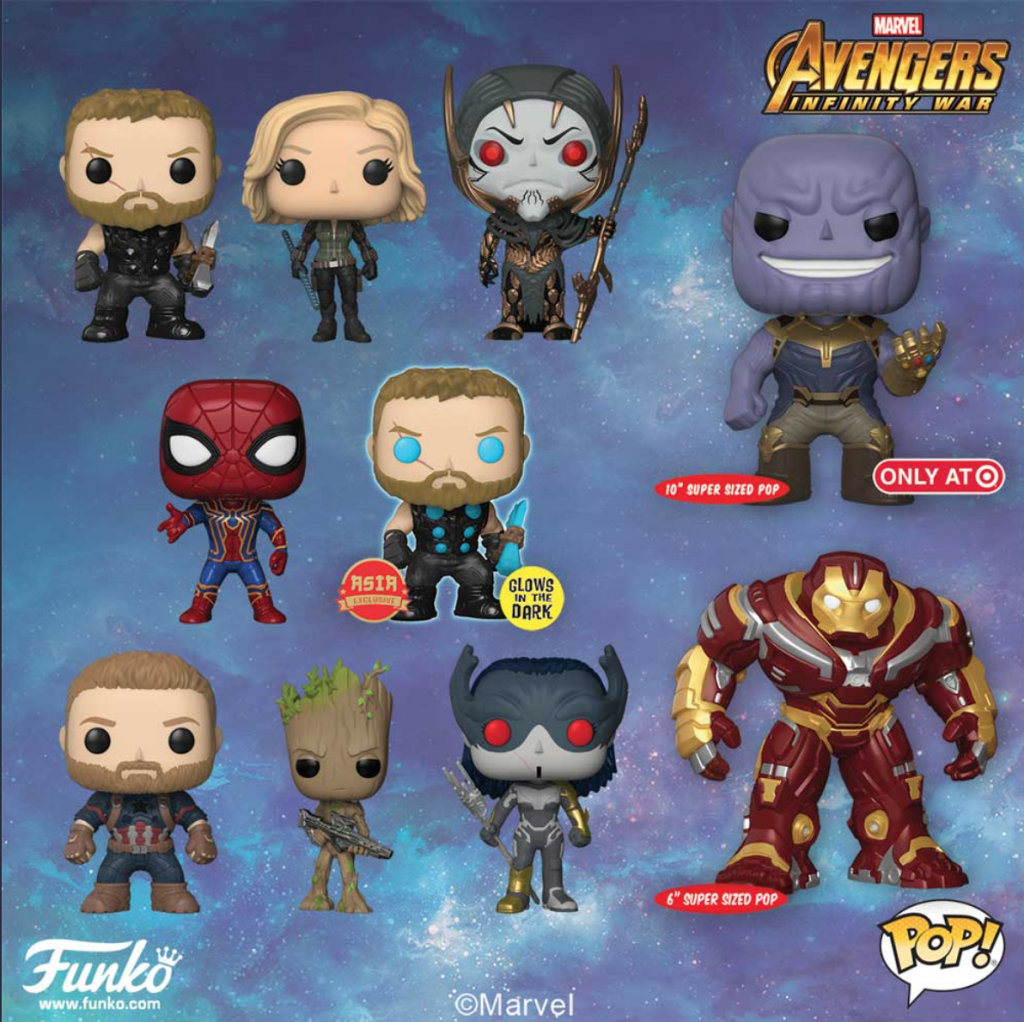 I think my favourite has to be the teenage Groot with a smartphone, as well as the glow-in-the-dark Thor and Vision. What will you be picking up when the Funko Pop! figures are released in stores? Let us know in the comments below!

An unprecedented cinematic journey ten years in the making and spanning the entire Marvel Cinematic Universe, Marvel Studios’ Avengers: Infinity War brings to the screen the ultimate, deadliest showdown of all time. The Avengers and their super hero allies must willing to sacrifice it all in an attempt to defeat the power of Thanos before his blitz of devastation and ruin puts an end to the universe.

Avengers: Infinity War will be released in theaters worldwide on May 4.