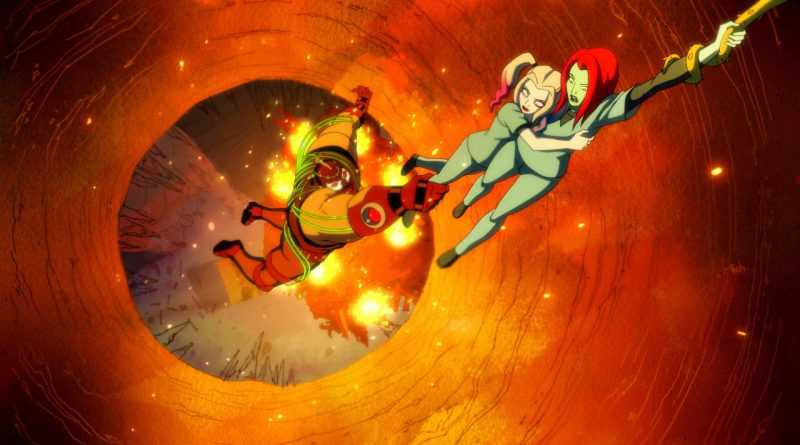 DC Universe has released a whole bunch of new stills for the upcoming seventh episode of Harley Quinn season two, which sees Harley and Ivy put on trial by Two Face for the deaths of Penguin and Mr Freeze.

Meanwhile Gordon and Batgirl vow to take back the GCPD headquarters from Two Face.

Acting as a judge, Two Face (ANDY DALY) sentences Harley and Ivy to life in Bane’s prison: a giant pit in the ground. Meanwhile, Jim Gordon (CHRIS MELONI) and Batgirl vow to take back the GCPD headquarters from Two Face.

Harley Quinn “There’s No Place to Go But Down” will be available to stream on Friday 15th May on DC Universe.