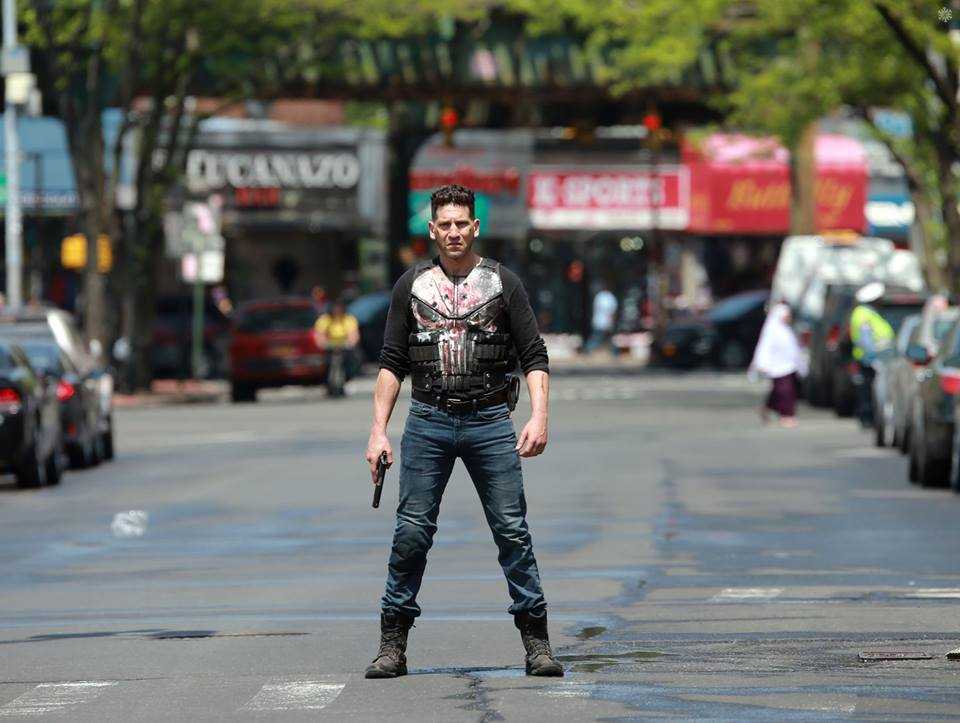 That’s right – the iconic vest with the white skull is back! Following the wrap of the second season of The Punisher, a batch of new set photos have surfaced featuring Jon Bernthal with the classic comic book get-up, hair and bloody vest full of bullet holes.

The set photos also hint at an action packed chase scene/shootout, check them out below!

Someone took some excellent on set pics of #ThePunisher as they film their season 2!

It’s hard to tell who Castle is chasing after in this scene, but earlier this Summer a set video surfaced featuring a shoot out between him and Billy Russo/Jigsaw (Ben Barnes) – so this could possibly be the aftermath of that collision.

Netflix has yet to announce the official release date for The Punisher season 2, but the show has wrapped filming.