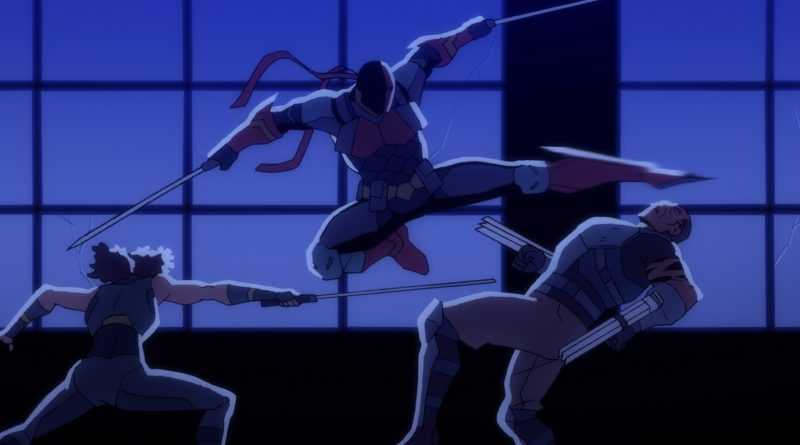 Some of our favourite movie and entertainment characters have hidden gifts, but many of these have been progressed and aided by science. Genetically engineered to be heroes, villains, or just an experiment gone wrong, we have pulled together a list of iconic characters altered by science.

We’ve also included a sneak-peak on the super-soldier character Deathstroke, ahead of the release of Deathstroke: Knights & Dragons on Blu-Ray™ and DVD this Monday 17th August.

When Peter Parker was accidentally bitten by a radioactive spider at a science exhibit, he acquired the agility and strength of an arachnid. This meant Peter now had heightened athletic abilities, allowing him to climb walls and ceilings, leading him to become “Spider-Man”. Spider-Man is now
possibly the most iconic genetically altered character, originally created by comic book legends Stan Lee and Steve Ditko, and now having several Spider-Man dedicated films, as well as being part of the Avengers.

Another comic book character enhanced by science is Deathstroke. After being chosen for a secret experiment, Slade Wilson was transformed into a super-soldier by the army. During the experiment, the army imbued him with adrenaline serums, to enhance his brain activity. This left him with an
incredible range of powers, notably accelerated healing meaning he can heal wounds in just minutes, making him the ultimate soldier. In addition, Slade’s incredible new powers included: decelerated aging, toxic immunity, enhanced senses and superhuman agility, durability, speed, reflexes, stamina and strength.

Eleven is one of the main protagonists of popular Netflix sci-fi drama Stranger Things, after she arrives in Hawkins following her escape from Hawkins National Laboratory. Eleven found herself in the laboratory after being kidnapped for testing when it was discovered she had inherited
psychokinetic abilities, with scientists attempting to enhance her abilities over several years through sensory experiments. Eleven’s powers include the ability to move objects with her mind, ranging to turning electronics on and off, breaking glass and throwing large objects. During the series, it is
discovered Eleven’s powers can be trained to go even deeper, when she realises she could contact a creature from another dimension.

The Hulk is well known for his giant green appearance, however, this isn’t how he’s always seen. Hulk is actually Bioscience genius Dr. Bruce Banner who, after working on a program to develop weapons for the military, tested what he had learned on himself. This triggered a transformation
that resulted in him becoming the immense, hulking figure we know today. When fuelled by rage, Banner transforms into The Hulk’s powers, prompting abilities including superhuman strength, long distance jumping, durability, and regeneration, alongside genius intelligence. He also can “Hulk Smash”, whereby slamming his hands together, he can create a massive concussive wave.