Looks like we’re going to get our first official look at Sony Pictures expanded spidey universe sooner than we thought as Ruben Fleischer’s Venom trailer may be coming just around the corner! According to Trailer Track, the R-rated film starring Tom Hardy has had it’s first trailer rated by the Manitoba Film Classification Board! 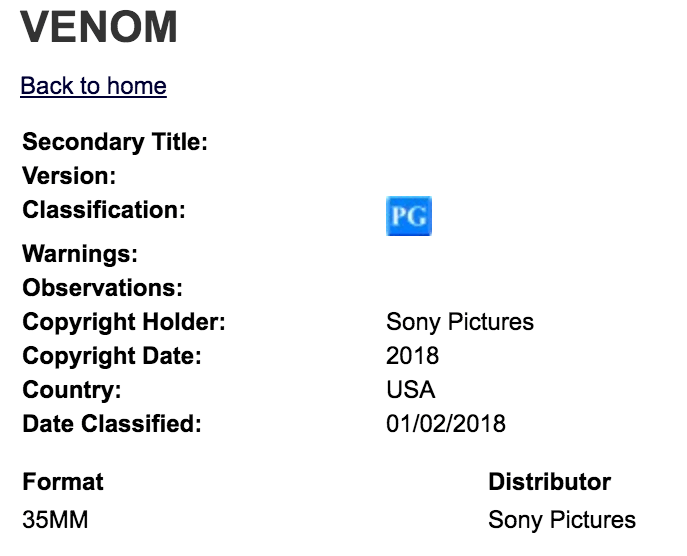 The website is anticipating the trailer to come out in two weeks time to coincide with the release of Black Panther, which debuts on the 13 February in the UK and the 16 February in the US. This comes as a bit of a shock as the film isn’t schedule for release until October this year, but since we’ve only got an official image from the film so far, I can’t wait to see more!

Tom Hardy announced on his Instagram last week that the film has wrapped shooting, but seeing as his alter ego symbiote is a mo cap performance, a lot of work will need to go into post production. So far we know that the storyline will be based on the Venom: Lethal Protector six issue mini-series written by David Michelinie, but not much else – so I’m pretty excited about this news!