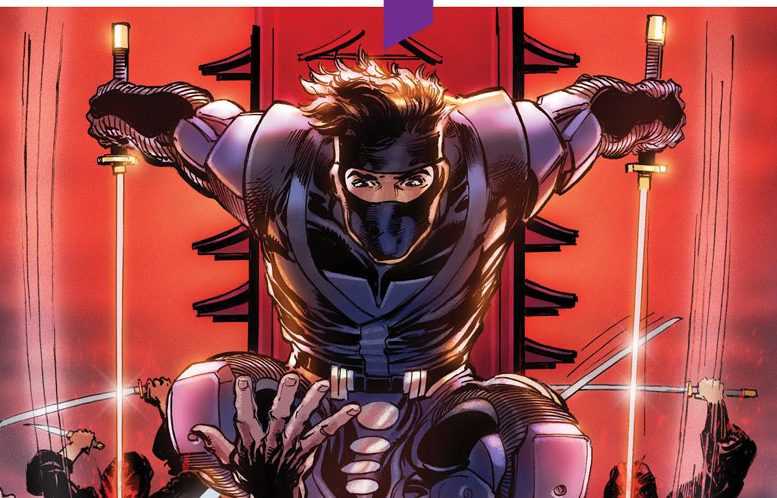 Here’s your first lettered look inside NINJA-K #6 – the FIRST ISSUE of “THE COALITION,” AN ALL-NEW ARC and SENSES-SHATTERING JUMPING-ON POINT from renowned writer Christos Gage (Netflix’s Daredevil) and eye-popping artist Juan José Ryp (BRITANNIA)! On April 11th, the Valiant Universe faces its most indestructible threat yet – and master super-spy Colin King must rise to meet the challenge with a brand new strike force of his own!

A once-loyal agent has defected from the ranks of MI6’s most elite espionage unit…and Ninjak has been dispatched across the globe to prevent his secrets from plunging the world into chaos. But, in the shadows of Mexico City, Colin King is about to discover something far more deadly… The Ninja Programme’s own former sensei, the Jonin, has assembled a conspiratorial circle of enigmatic enemies – the Dying One, Kostiy the Deathless, Linton March, and The United’s Ultimo – for a purpose so sinister that even Ninjak can’t risk engaging them alone. Enter: Livewire, Punk Mambo, Dr. Mirage, and GIN-GR – Ninjak’s brand-new black ops team with a very specific set of skills…and a license to kill the unkillable!

On April 11th, five of Valiant’s brightest heroes must form “THE COALITION” to save the world from the shadows as Christos Gage and Juan José Ryp plot the ultimate clash of superteams in NINJA-K #6 – featuring covers by Tonci Zonjic (Who Is Jake Ellis?), Alan Quah (Orphan Black), Clayton Crain (Carnage), and comics legend Neal Adams (Green Lantern/Green Arrow)!

Plus: don’t miss the thrilling conclusion of “THE NINJA FILES” this week in NINJA-K #5!

The murderous assault on MI6 has spilled out of the shadows and onto the streets of Britain’s capital! With his would-be killer unmasked, can Ninjak grapple with the truth behind the bloodstained legacy of MI6’s covert Ninja Programme…and an opponent with more experience, more precision, and more ruthless instincts than any he’s faced before? 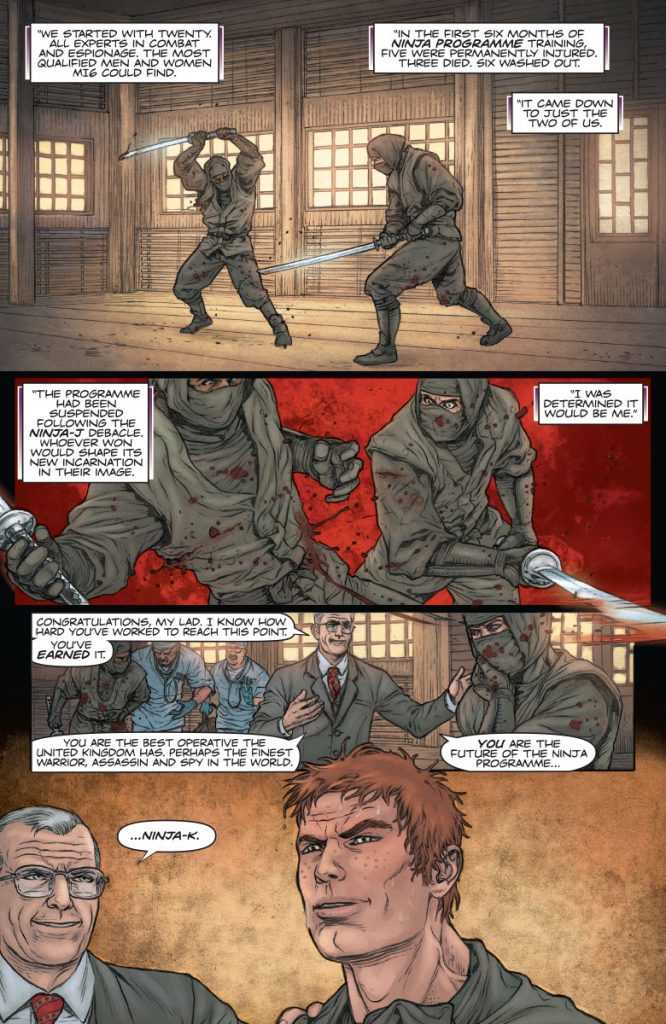 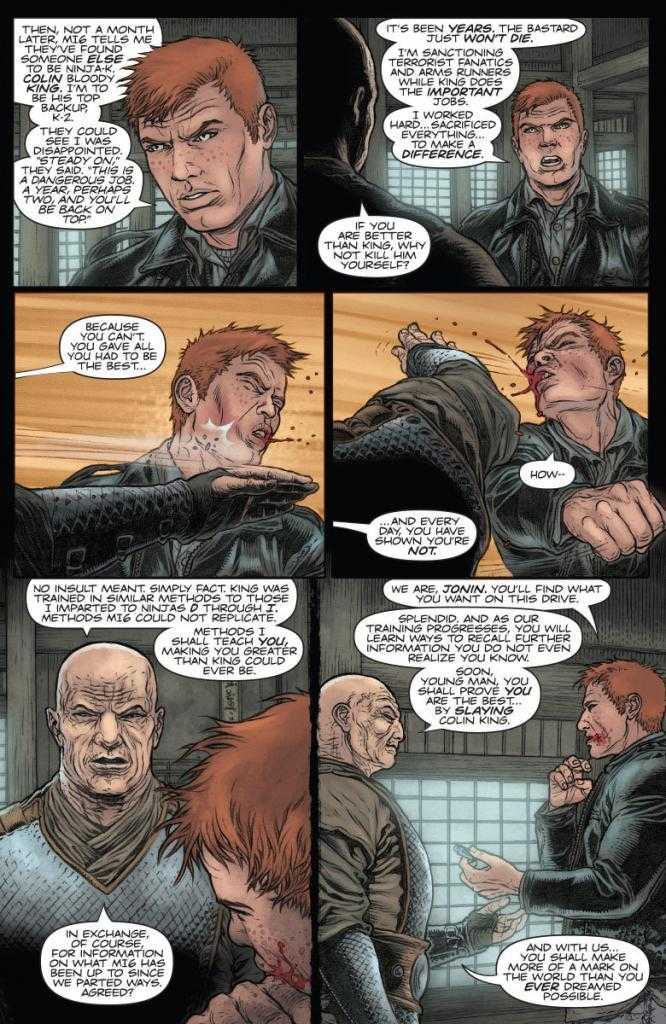 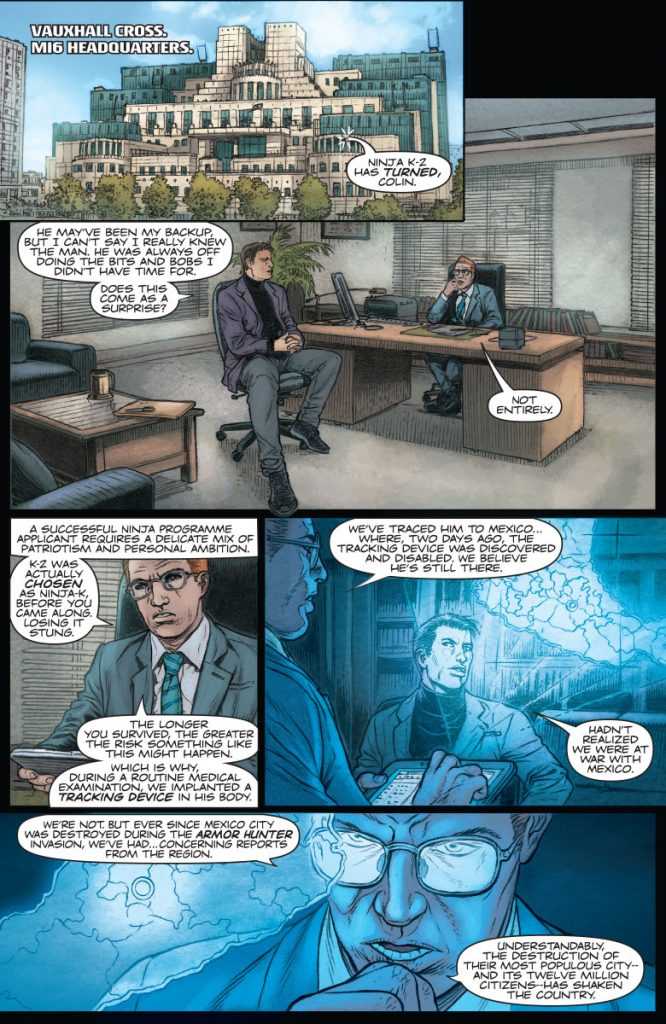 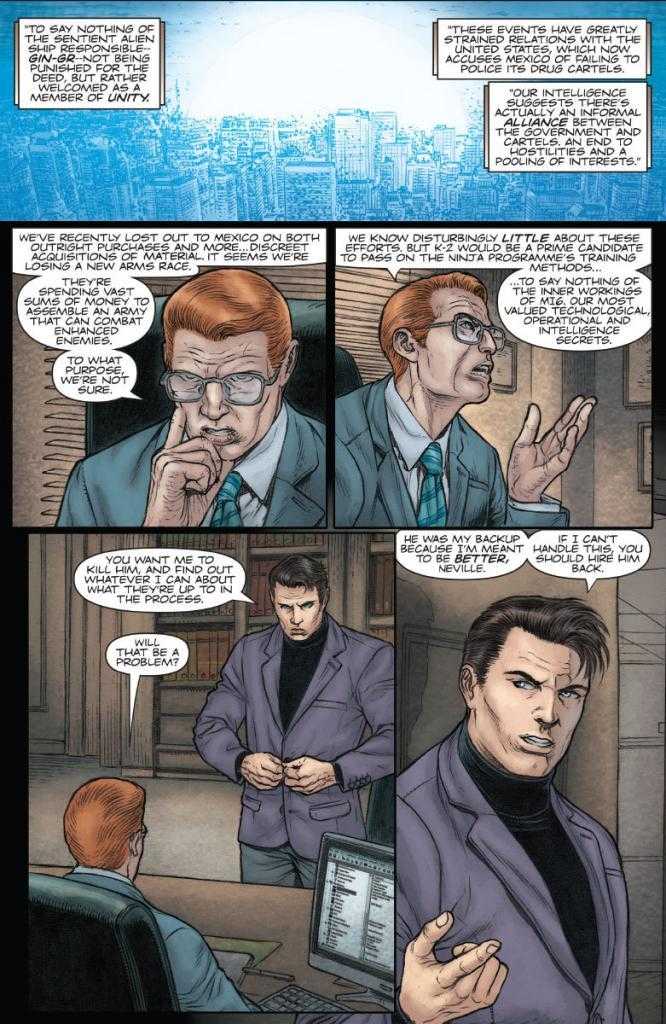 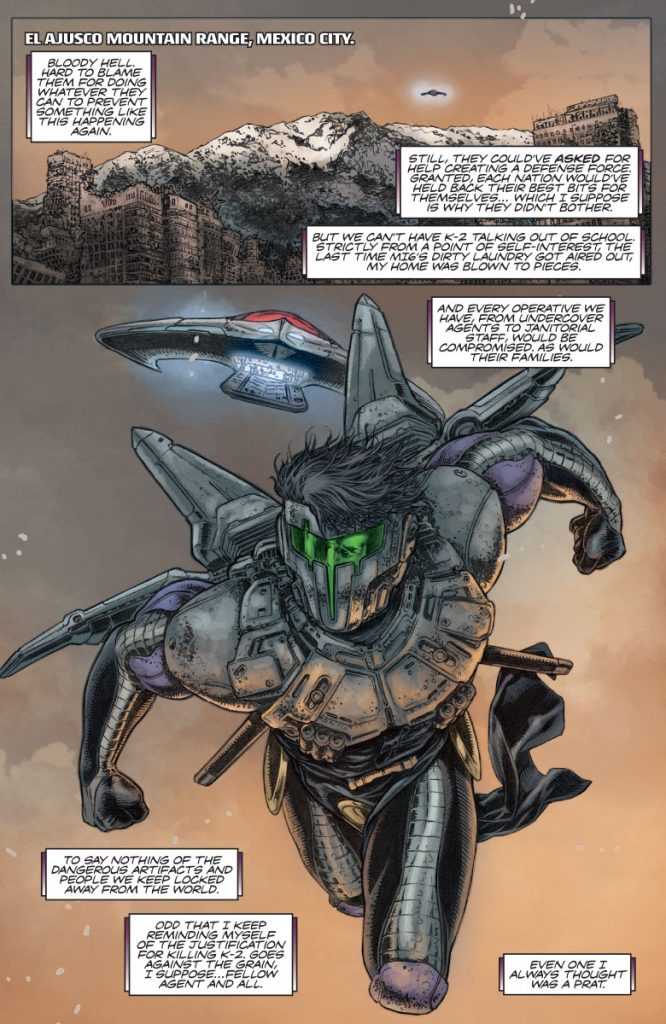 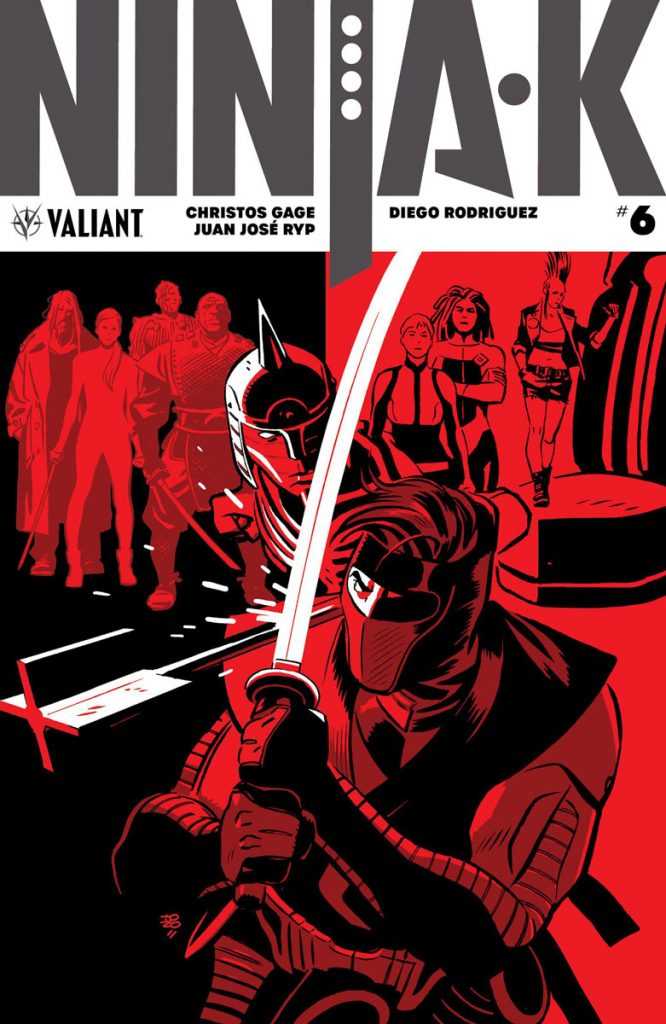 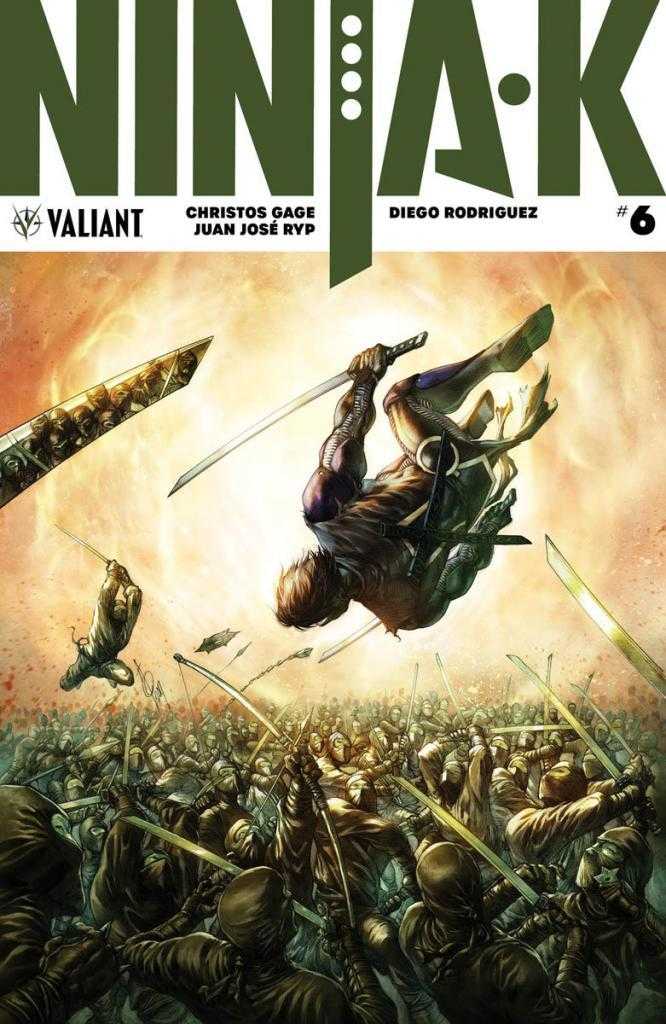 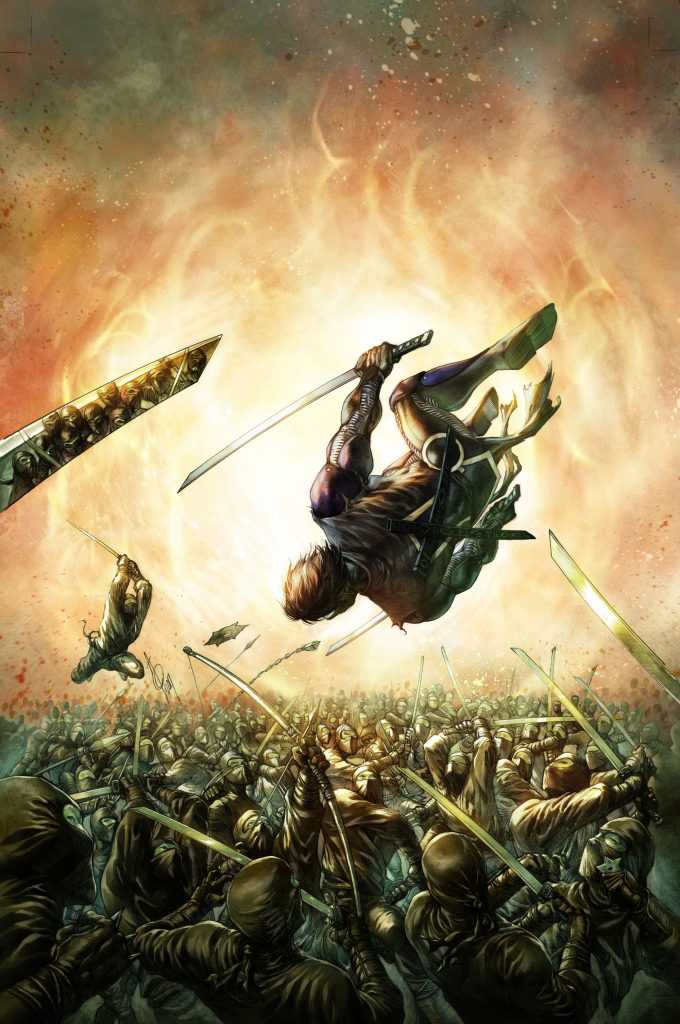 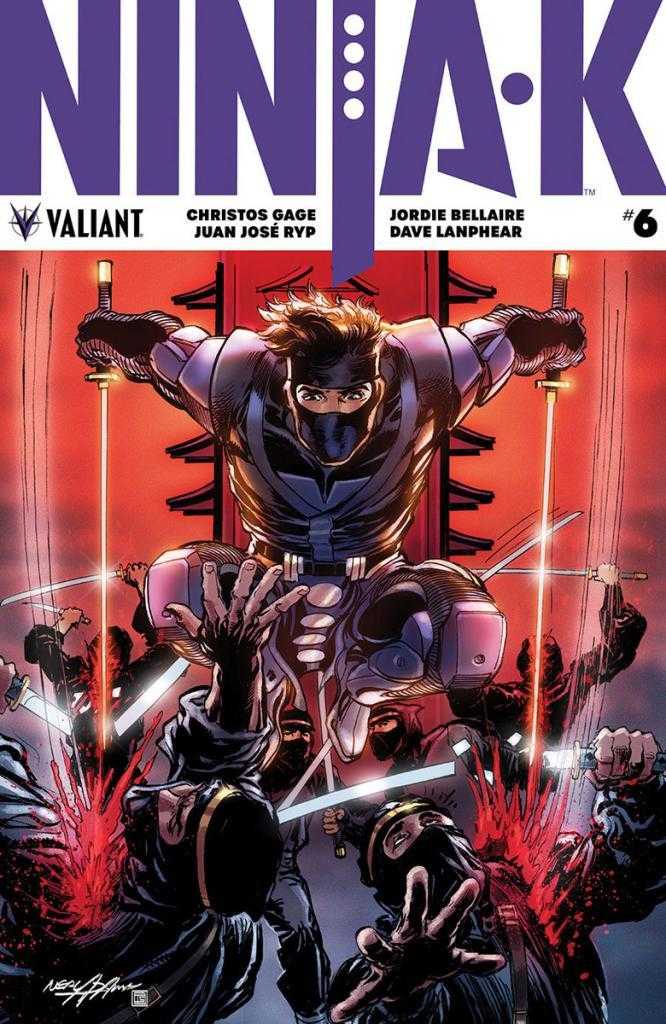