“Part of the joy of working on this story was the chance to explore what Hellboy was like as a young rookie in the early days of the Cold War,” Roberson tells EW. “And since he has spent so much time over the years in spooky castles and forests and haunted houses, I thought it would be fun to drop him right in the middle of civilization for a change, and force him to interact with the public. Hellboy Goes To Suburbia seemed like an obvious solution.”

“There is a optimism to the color palette of the period that was nice to contrast in the context of a monster story,” adds colorist Dave Stewart.

“Hellboy has a look that is perfectly suited for comics. From the horns to the hand, he’s the perfect mix of iconic and peculiar. Even as Mignola’s style has evolved — and Hellboy’s shoulders have sloped ever downwards from the weight of the Right Hand of Doom — the fundamental design persists,” says Rivera. “Mignola set out to create a character that he’d never get tired of drawing. He achieved that goal and much, much more, inadvertently creating one of comic’s enduring sagas. It might have been my job to draw the story, but every page with Hellboy is, in the very best sense, a piece of fan art.”

“Paolo is fantastic,” Mignola says. “Of course he’s great with Hellboy and the monster and all that, but he also does such a great job of selling the location and the time period — so many wonderful subtle details — hairstyles, clothing, etc. I couldn’t be happier.”

Check out the preview pages below. 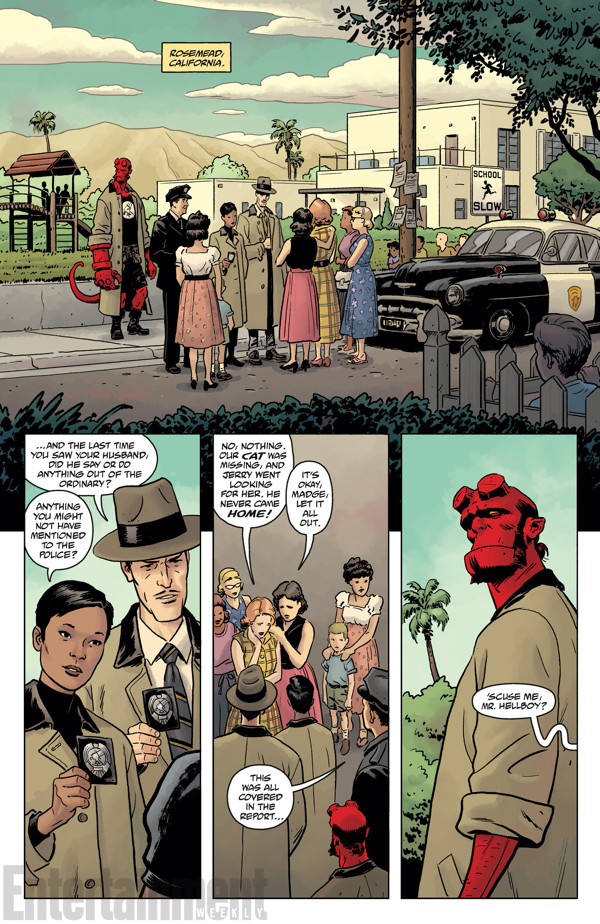 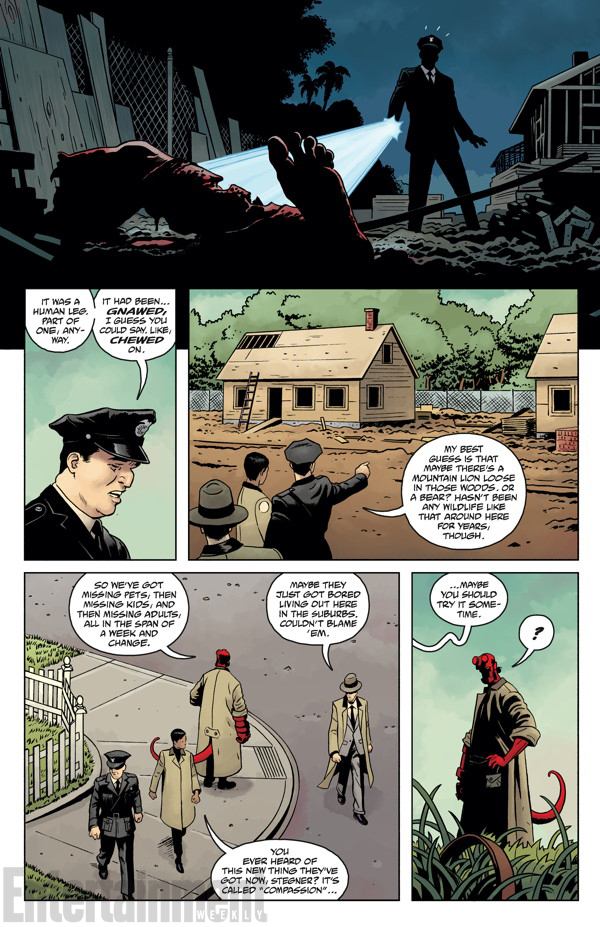 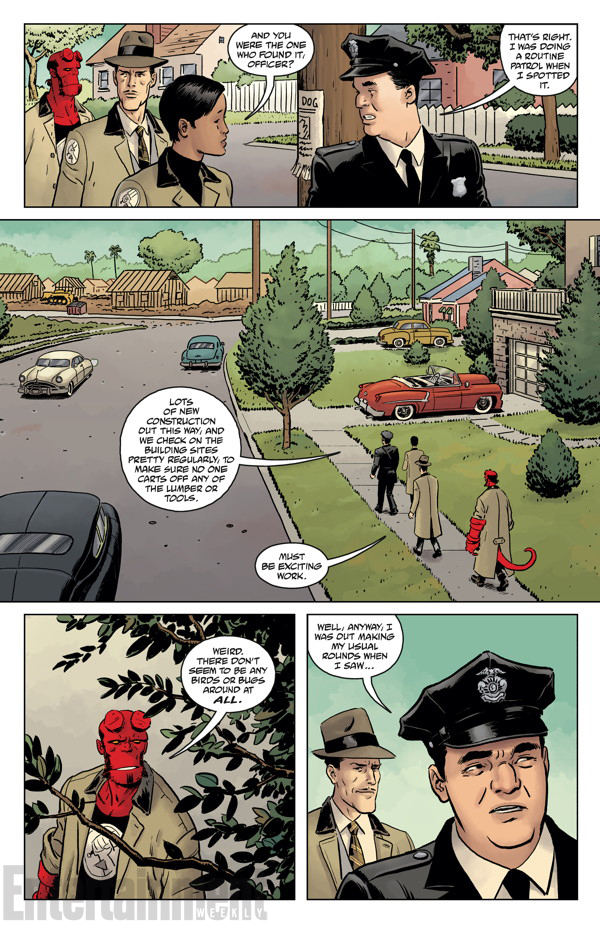 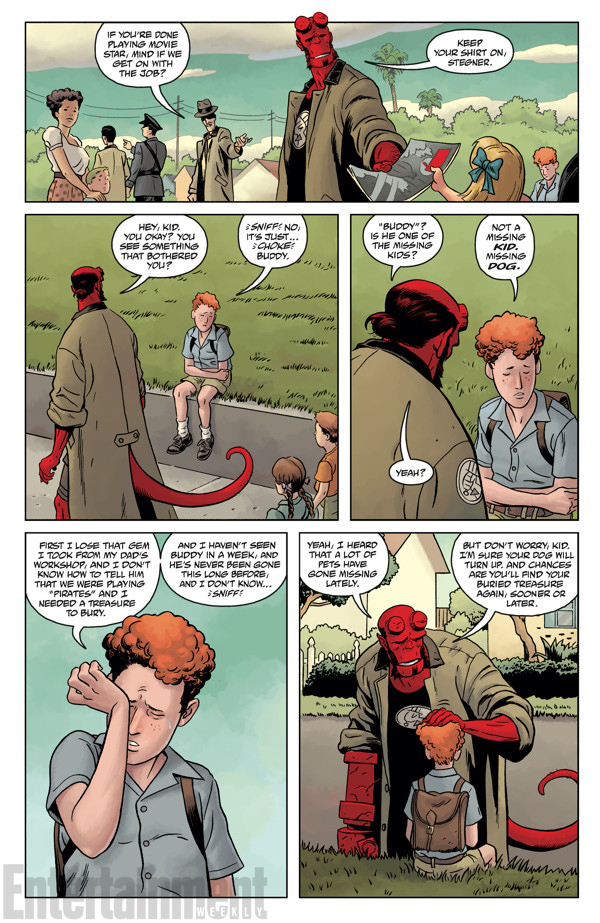 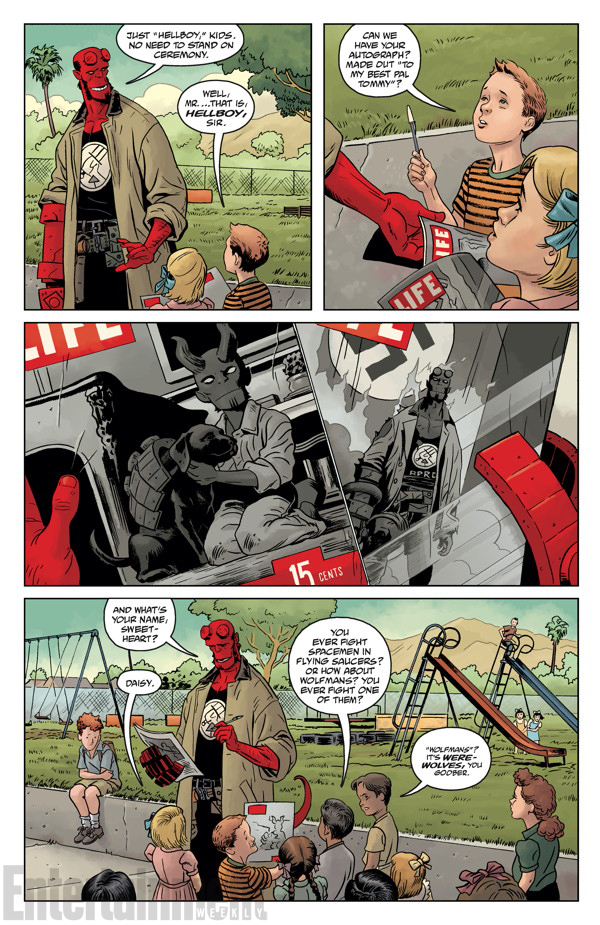