Marvel’s Generations series has seen superheroes from across the Marvel universe travel to different times and locations to team up with their heroic counterparts and inspirations. Now two of Marvel’s most iconic characters are about to finally stand side by side as the Generations saga reaches its conclusion in Generations: Sam Wilson Captain American & Steve Rogers Captain America #1!

Written by Nick Spencer (Secret Empire) with art by Paul Renaud (Captain America: Sam Wilson), the final chapter of Marvel’s GENERATIONS series finds Sam Wilson in a familiar situation: fighting alongside Steve Rogers. This Captain America, however, is a little different than the one who has grown to give the world hope.

This issue will feature cameos from other Generations heroes including Kamala Khan, Miles Morales, Captain Marvel, and Thor.

“GENERATIONS: SAM WILSON CAPTAIN AMERICA & STEVE ROGERS CAPTAIN AMERICA is the capstone to Nick Spencer’s epic run on both incarnations of the star-spangled hero, his final statement on what it means to be Captain America, as Sam Wilson finds himself in a war not his own alongside a very young man who’s been given the opportunity to fight and to inspire—but who could use a little bit of inspiration himself,” said SVP and Executive Editor Tom Brevoort. 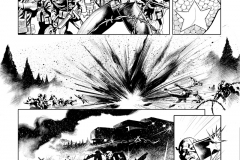 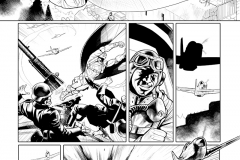 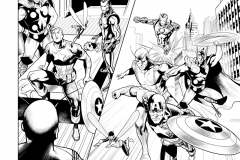 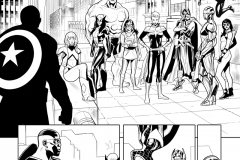