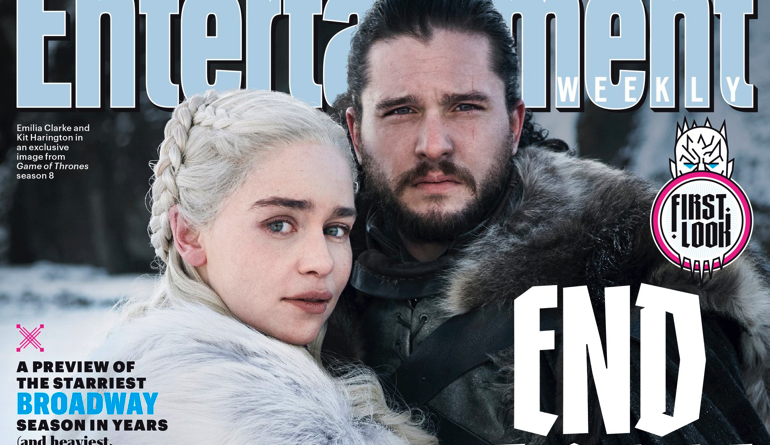 Ahh, hasn’t it felt like forever since the finale of the last season Game of Thrones when Jon Snow and Daenerys Targaryen hooked up, but then we found out that they were actually cousins?! The show finally proved that the fan theory R+L=J was actually a thing, but what will happen to the alliance when they both find out the truth? If they ever do? So many questions!

Well the two are back front and centre on the cover of Entertainment Weekly‘s latest magazine as the publication goes behind-the-scenes of the hit fantasy adaptation. This is the first official photo from the set of the final season, which is set to only consist of six episodes. Check out the super gorgeous couple in the cover below! 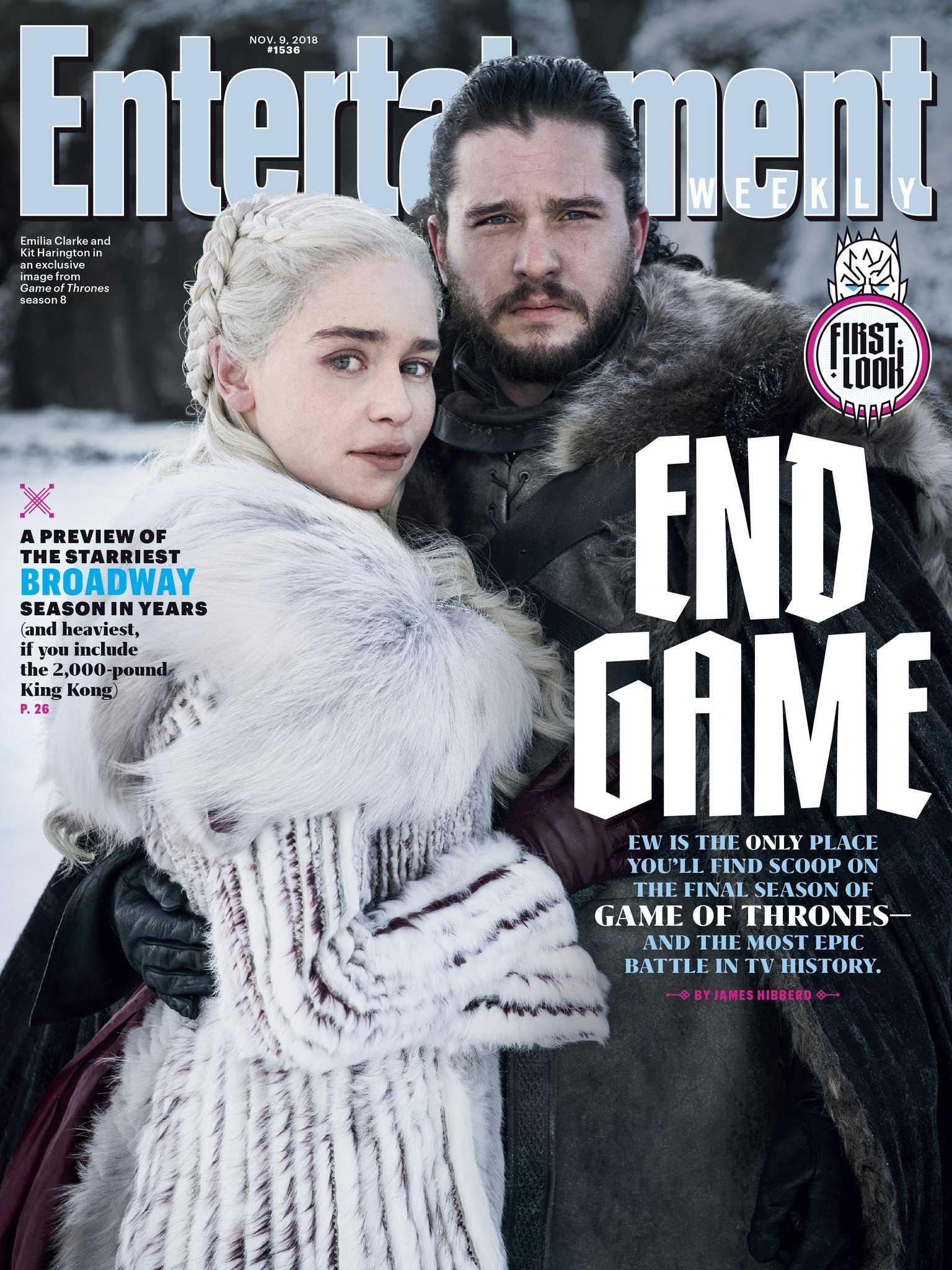 “It’s about all of these disparate characters coming together to face a common enemy, dealing with their own past, and defining the person they want to be in the face of certain death,” co-executive producer Bryan Cogman told EW. “It’s an incredibly emotional haunting bittersweet final season and I think it honors very much what [author George R.R. Martin] set out to do — which is flipping this kind of story on its head.”

“It’s relentless; scenes that would have been a one-day shoot five years ago are now a five-day shoot,” Harington says. “They want to get it right, they want to shoot everything every single way so they have options.”

Agrees Clarke: “[Camera] checks take longer, costumes are a bit better, hair and makeup a bit sharper — every choice, every conversation, every attitude, has this air of ‘this is it.’ Everything feels more intense.”

So what do you think of the first image from season 8? Let us know in the comments below!

Game of Thrones will return for the final season in the first half of 2019.