Ah, the Eurovision Song Contest. Who would have thought that the annual festival, which began back in 1956 and now spans 40 plus nations (even Australia have joined in), would become the bonkers experience that it is now. With a string of iconic performances including Celine Dion with “Ne partez pas sans moi” (1988), ABBA with “Waterloo” (1974) and Bucks Fizz with “Making Your Mind Up” (1981), accompanied by the sheer amount of watch parties that have cemented themselves as tradition each year, I’m surprised no one attempted to make this film sooner. Unfortunately this year’s contest was cancelled due to the global pandemic, so when Netflix released the spoof music video “Volcano man”, I genuinely couldn’t be more excited as Ferrell and McAdams brilliantly captured the ridiculousness of the contest.

Directed by David Dobkin, Eurovision Song Contest: The Story of Fire Saga centres on Lars (Will Ferrell) and Sigrit (Rachel McAdams), two aspiring Icelandic musicians who’s ultimate dream is to represent their country at the Eurovision Song Contest. By some crazy random happenstance, the two get a shot at the qualifiers, and against all odds find themselves stumbling into the pop competition. Facing some stiff competition from fellow entries Alexander Lemtov (Dan Stevens) and Mita Xenakis (Melissanthi Mahut), can the two finally prove themselves on the global stage?

This underdog story about a pair of loveable misfits who dream of triumphing at the song contest is definitely an interesting mix of fish out of water comedy with elements of spoof/parody and musical performances thrown in the mix. I genuinely didn’t expect it to work, and it’s definitely not going to be everyone’s cup of tea, but I honestly couldn’t stop smiling at how ridiculous but true to Eurovision it is. It’s completely bonkers and yes it does start to sag in the middle with an unnecessary B-plot, but it’s so charming and joyous – perfectly capturing the camp, flamboyant spirit of the festival.

The writing is on the whole brilliant, with genius little touches like Steven’s Lemtov pointing out the fact that the UK never gets any points, along with Ferrel’s Erickssong highlighting European’s distain for American tourists loving Starbucks so much – it’s such a great comedic universe to play around in. According to Ferrell, he spends every summer in his wife’s home country of Sweden, so when her cousins finally introduced him to the singing contest, he was blown away by the crazy spectacle. The televised pop contest is actually bigger than the Super Bowl, so it’s interesting to see an outside American perspective on the event.

As expected, Will Ferrel pretty much plays Will Ferrel, albeit with a wig and Icelandic accent. His character Lars is desperate to prove himself to his father and the people of the town by blindly chasing his dream with childhood friend Sigrit, oblivious to the fact that this beautiful, talented women is absolutely devoted to him. As proven in the fantastic Game Night, Rachel McAdams is hilarious, proving the standout of the film with her surprising musical talents. The two share a great on-screen chemistry and prove a pretty impressive duo when it comes to the performances.

Other highlights include Dan Steven’s brilliant George Michael inspired Russian entry, who I believe doesn’t wear a shirt throughout the entirety of the film! The part couldn’t be any further from Downton Abbey, and following Beauty and the Beast and Legion, it’s great to see him flex his vocal chords once again. But whoever hired Pierce Brosnan as Lar’s father is absolutely brilliant, the sheer irony of casting him following his role in ABBA adaptation Mamma Mia is genius. If you’re a big fan of the singing contest, there’s also plenty of Eurovision cameos throughout, including Loreen, Alexander Rybak, Conchita Wurst, Netta, John Lundvik – honestly they just keep coming, even Graham Norton pops up!

A film about Eurovision wouldn’t be complete without a selection of over the top and cheesy songs, and thanks to music producers such as Savan Kotecha (who has written songs for Ariana Grande and The Weeknd), there’s 12 brilliant original songs. The film opens with the absolutely perfect “Volcano man” complete with hilarious Viking inspired costumes and shot on location in Iceland. Other highlights include a crazy pop medley party scene featuring so many Eurovision faces singing Cher and Abba hits, “Double Trouble”, Alexander Lemtov’s “Lion of Love” and possibly the most addictive “Ja Ja, Ding Dong.” There’s plenty of outlandish costumes and ridiculous staging too, including a giant hamster wheel and flying wings. The director actually brought in renowned, Emmy ® winning choreographer Tabitha Dumo to work on the staging, with dancers, pyrotechnics and even a Madonna inspired cape incident! Along with locations in Iceland, including the Northern fishing village Húsavík and Skjálfandi bay, the film was also shot in Glasgow and Edinburgh, with actual footage from the Tel Aviv 2019 contest!

Utterly ridiculous but wonderfully entertaining, Eurovision Song Contest: The Story of Fire Saga is honestly the film we all need right now. The only problem is, you’ll definitely have trouble getting Ja Ja, Ding Dong out of your head… 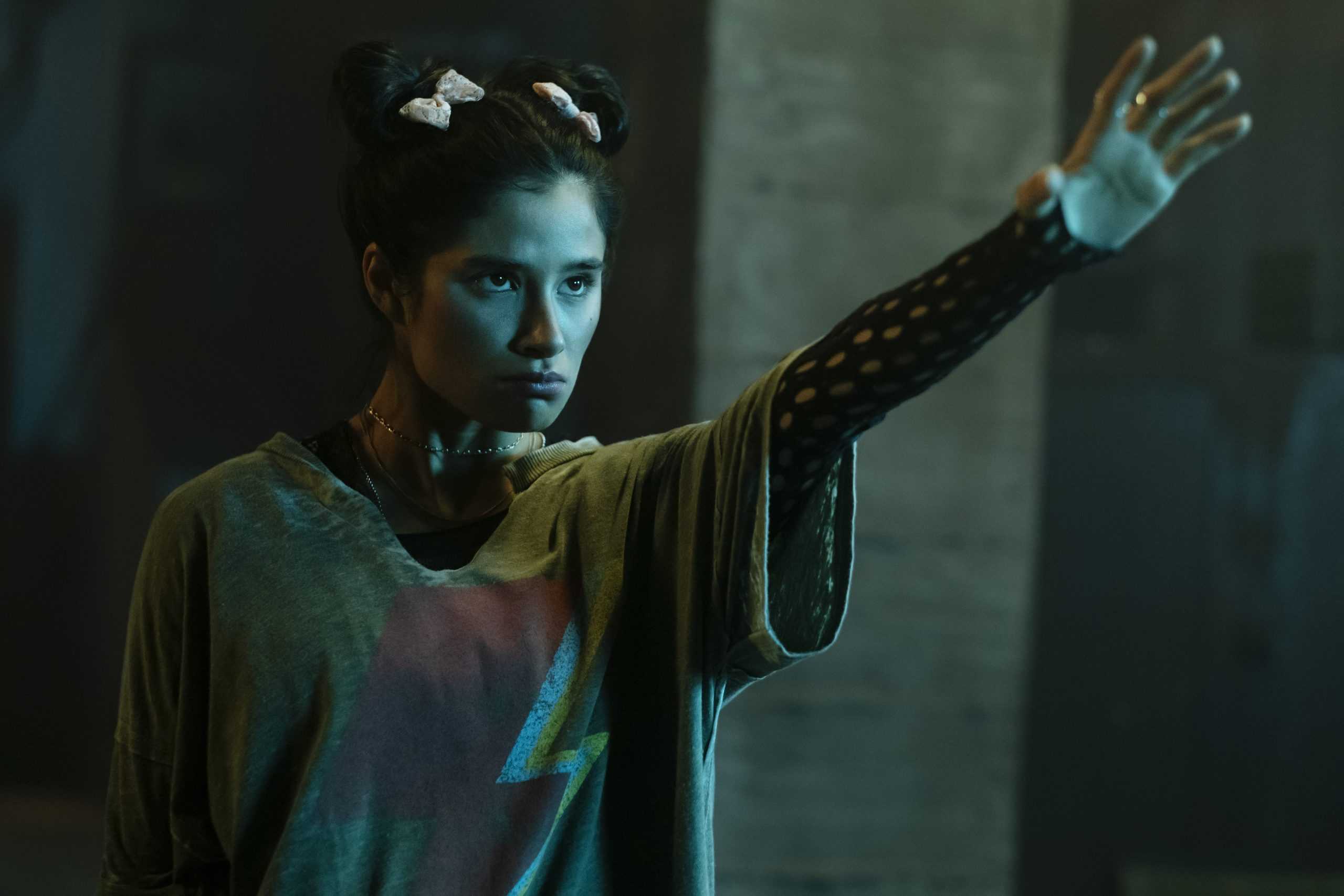 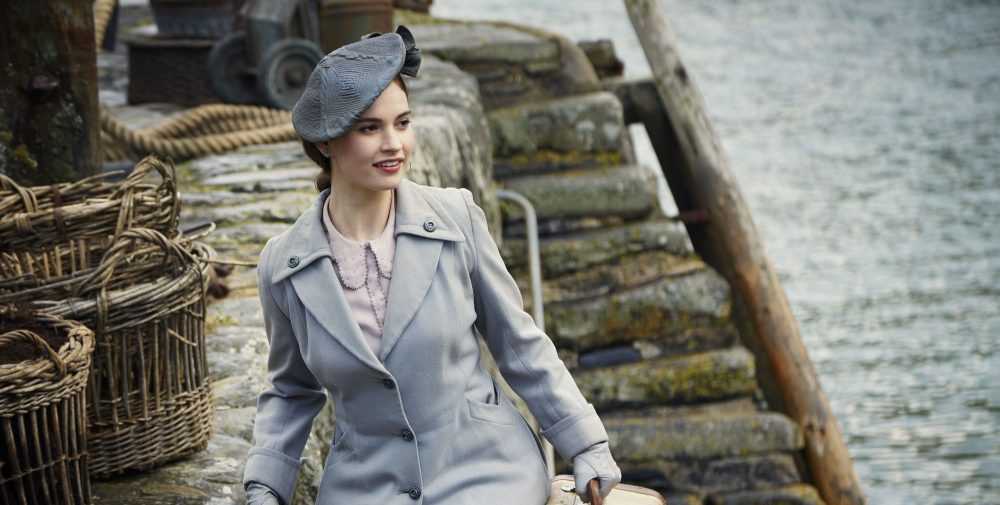