For me, Doom Patrol season one was the surprise runaway comic book hit of 2019, matched only by HBO and Damon Lindelof’s timely continuation of the Watchmen universe. Somehow Jeremy Carver took one of the DCU’s most bonkers team (the 60s-era comic books even had the subtitle “The World’s Strangest Heroes”) and turned them into a brilliantly wacky, yet deeply emotional adaptation featuring an enviable cast, culminating in one of the most moving and inventive comic book shows yet. As the show returns for its second series on both DC Universe and HBO Max, can the team once again replicate the magic of the psychological trip of the first season?

Following the defeat of Mr. Nobody (Alan Tudyk), the team begin to deal with the revelation of The Chief’s (Timothy Dalton) betrayal which left them all reeling. With a new addition to the dysfunctional family, the team must confront their personal demons and come together to protect Nile’s mysterious daughter, Dorothy Spinner (Abigail Shapiro) who’s mysterious powers may pose a real threat to the World.

Picking up not long after the events of the season one finale, the first three episodes, which were provided for review, sees the Doom Patrol find themselves in a very weird situation. Not only are they still miniature and stranded on Cliff’s toy race track, but they’re camping with the man who [created/manipulated] their traumatic experiences which turned them into the broken creatures they are now. On top of that, his odd daughter harbours incredible abilities much like Jane, who’s powers manifest as imaginary “friends”/alter egos which could potentially pose a looming threat if she loses control.

Straight off the mark season two sets itself apart from the first series; gone is the single antagonist pulling the strings, replaced with a villain-of-the-week type episodic structure with Dorothy and her terrifying “friends”, mainly the Candlemaker, proving the main overarching threat. As the rag tag bunch of misfits attempt to come to terms with what’s happened to them while strengthening as a team, Carer deftly balances the dark tone and explorations of identity and trauma with the usual brand of fun bonkers-ness. There’s freeze rays, traversable wormholes, a rollar disco with Dr Tyme in a capsule orbiting between space and time, along with creepy, butterfly madness with Red Jack – yes there’s a LOT of exciting Grant Morrison influence here.

This series really does have a powerhouse of a cast, along with one of the strongest character ensembles in a comic book series. The deeply complicated (and slightly broken) characters are once again wonderfully brought to life, with Matt Bomer’s heartfelt and emotional performance as Larry Trainor/Negative Man continuing to be the standout. His friendship with April Bowlby’s Rita Farr is genuinely so moving, along with the continuation of Robotman (Brendan Fraser) and Crazy Jane’s (Diane Guerrero) bickering but loving relationship. Both characters grapple with their anger problems; Crazy Jane attempts to deal with the multiple personalities vying for control inside her, while Robotman attempts to reconcile with his daughter, whilst also realising “those other f**k ups I live with, I think they’re my family”.

‘Doom Patrol’ season two continues to be a brilliantly bonkers and emotionally moving trip down the yellow brick lane with the loveable gang of misfits. 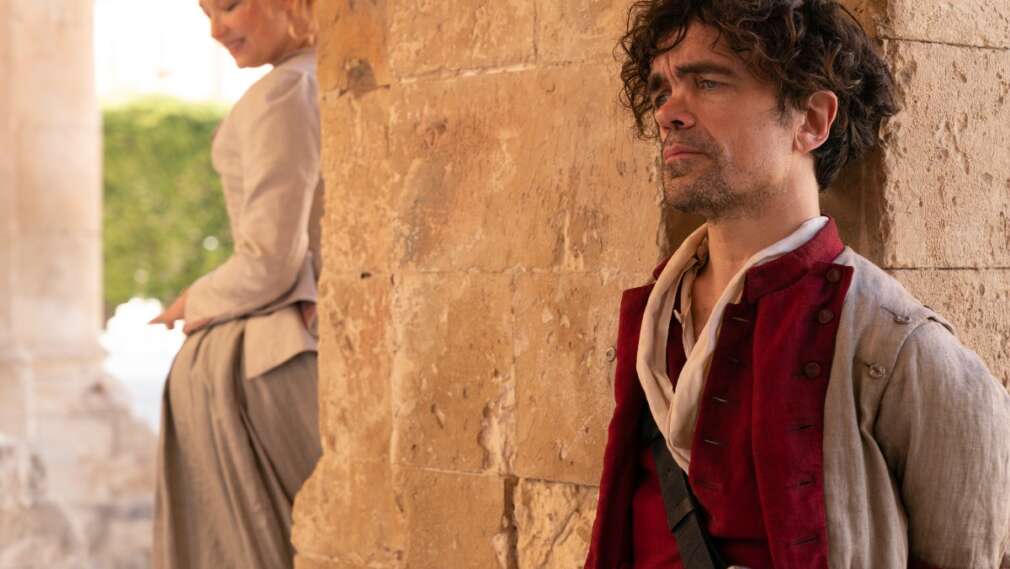