Irish vampire comedy-horror Boys From Country Hell joins a growing number of recent flicks re-inventing and refreshing the classic genre. Set in the quaint little town of Six Mile Hill in Ireland, writer-director Chris Baugh brings a new twist to the typical vampire mythos, exploring the tale of the legendary Irish bloodsucker Abhartach as a group of construction workers accidentally and unwittingly unleash the ancient evil.

We spoke to stars Jack Rowan and Louisa Harland about the legendary Irish myth, what it was like filming a horror in rural Ireland and their favourite flicks from the genre.

What were your first reactions when you read the script?

Jack Rowan: My first reaction was I glad to be involved with the project because my family are Irish (I’m from England myself), and ever since I started acting it was always on my bucket list to get a part with an Irish accent. So that was the first thing that drew me to the project, and I was like oh, great I get to do the accent! So yeah, everything that followed was a bonus – it’s a good script and it’s a good ride.

Were your family happy with the accent?!

Louisa Harland: I was!

JR: I think so, yeah. We’ve made it this far! Yeah, I’d like to think that they went with me because the accent was good enough.

So what were your thoughts on setting a vampire film in rural Ireland? Had you heard of that legend before?

LH: Irish construction workers taking on vampires – everyone’s been waiting for it, you know? Why hasn’t that (scenario) been made multiple times before?! I think what a great setting for something like this and as you know, hilarity ensues. And yeah, I think a perfect setting and beautiful locations for it as well.

And there’s plenty of nods to sort of the horror flicks too, there’s obviously American Werewolf in London. Are you two fans of horror?

JR: I actually do, I quite like the old sort of slasher movies like, you know, Halloween and Friday the 13th and stuff like that. I love that sub genre because I don’t really get scared when watching them, I more just enjoy them. But I hate supernatural stuff!

Not a big fan of films like Annabelle then?

JR: Nope, but my mom is – she loves that genre. She loves all that horror stuff, she’s kind of wacky like that.

LH: Yeah, and even more so now. Chris introduced me to, like some great kind of like old school spatter horrors. But as a kid I was actually obsessed with The Ring. I used to watch it a lot. I actually rewatched it again recently and it’s actually a very good film. But um, yeah, that was strange that (The Ring) was such a big thing for me. But yeah, I’m definitely more into them now.

LH: A little bit of a departure, yeah!

The gang share a really brilliant chemistry throughout. Did that develop throughout the shoot, or was it there from the start?

LH: Yeah, it was quite instantaneous.

JR: Yeah agreed, also a lot of the crew sort of knew each other as well. Like, they knew of each other and us as a cast. Yeah, we had some good moments before we actually started filming. Like, after rehearsals we had little dinners together and drinks and stuff. So by the time we had our first day shooting, we’d had some nice bonding, which you don’t always get in.

JR: And even even rehearsals were fun to have.

LH: We were on night shoots, so it was more kind of like 5am-6am coming back to the hotel bar covered in blood with a pizza each.

JR: Yeah shout out to literally the best pizza place in that area!

Were the locals involved in the shoot, or did you just like wonder in with fake blood on and they wondered what’s going on?

LH: We actually did, yeah. But they just took it in their stride. I think maybe the first time they were like, this is quite strange, but then they got used to it. Yeah, we’re very much regulars in the pizza place and the hotel bar.

So the film featured an intriguing twist on the vampire mythos. Nothing seems to work that you think would work from previous films. Was that a fun aspect to explore? Because you obviously had try a lot of different methods to try and kill these vampires.

JR: Well, that would that is kind of what would happen in real life, wouldn’t it? Like if all of a sudden vampires were on the loose and they were coming after us, we would sort of be at wit’s end like, what do we do? Maybe sunlight? Maybe this, maybe that?

LH: And I think that’s so funny using Dracula, because you would you probably would pick up Stoker’s book and be like, does any of this actually work? But then, you know, sadly for us, we do realise it is fiction.

Yeah, it reminded me of Shaun of the Dead when they get the cricket bat, and they’re throwing the records like, what can we do? We’ll try everything! So what was your best memory from working on the film?

LH: I mean, the whole thing was just such a joy to be honest. It really was. And it went so quickly. My most memorable moment was just the cast and crew really just, you know, having a cracking and supportive environment.

JR: Yeah, same. There’s too many, you know, it really was up there as for me, personally, some of the most fun I’ve ever had on a job. And such a nice mix of making memories on screen and off screen. So yeah, real good fun.

Were you ever apprehensive about starring in a horror film at all?

JR: I wouldn’t say I was apprehensive. I suppose that it literally comes from when you actually read the script and you think, oh I actually really enjoy this. So yeah, when I was reading it I was thinking I can’t wait to shoot that scene because that would be a lot of fun. And meeting Chris and Brendan, when you start there’s one thing the words on a page, but when you actually see and hear the vision and meet the people behind it, that’s another thing that makes you excited to do something.

LH: Yeah, absolutely. I knew I was in safe hands. It’s such a mix of genres and I trusted the guys behind the project and the script itself, so I was just really excited to get going.

So what are you working on next?

LH: I’m about to do the third series of Derry Girls soon, which is long overdue due to the Coronavirus. So yeah, I’m excited.

Are you going to bring any of the horror aspects with you?!

LH: Daphne could probably bring the tractor and show everybody my new skills. I’m sure it would fit in the town of Derry!

JR: I’m currently away at the moment in South Africa doing a second series of Noughts and Crosses. After the dreaded C word I’m glad to be out here doing it again – I’m really savouring every second.

Are you guys watching any TV shows or films at the moment?

LH: Yeah, I actually just started Sopranos. It’s one of those TV shows that when people ask you, have you seen it? Like, I don’t know, maybe I have. But I haven’t. And I’m on the second series, and it’s the best thing that’s ever happened to me.

JR: The fact that you’re only on the second series, which is if anything, the weakest series! I’d watched it fully a few years ago, but I rewatched it recently as my girlfriend had never watched it. So I just finished it like two months ago but yeah, it’s amazing. Just savour it. Don’t watch it when you’re tired. And every episode becomes a little movie in itself, so yeah, I would say that’s my favourite show ever. 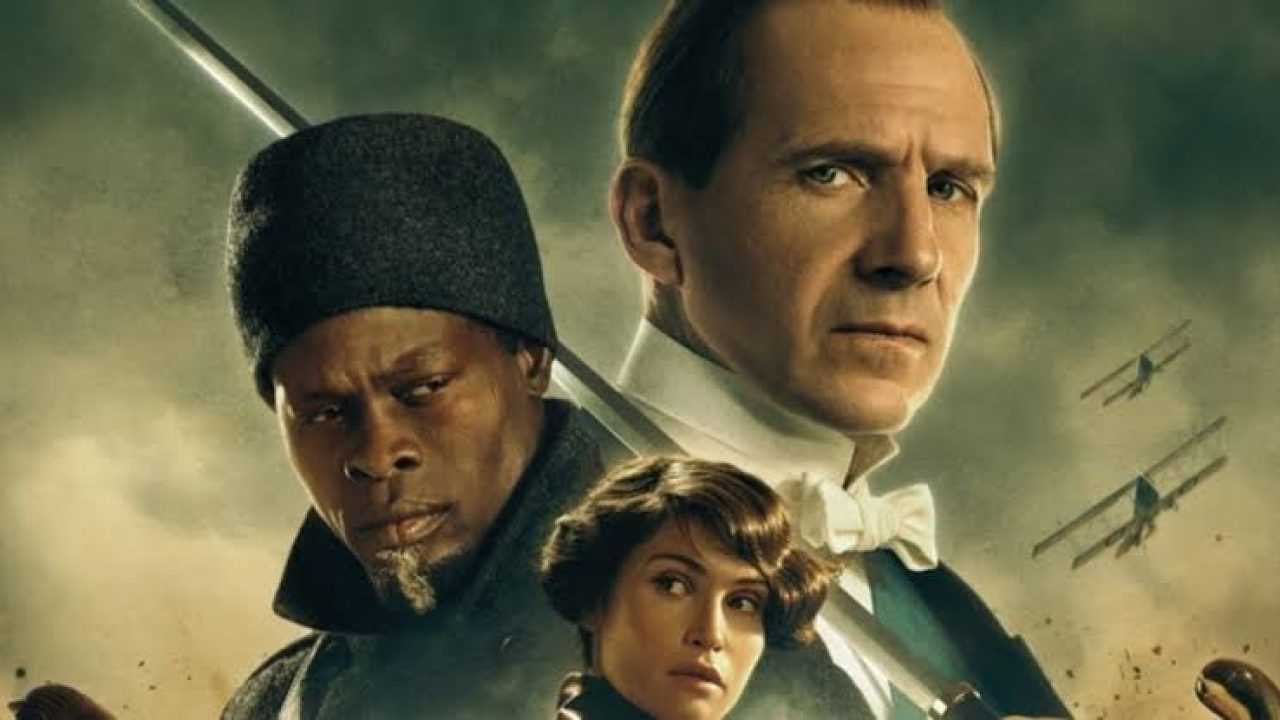