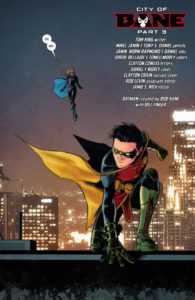 Batman #77 DC Comics Written by: Tom King Art by: Mikel Janín and Tony S. Daniel Colours by: Jordie Bellaire and Tomeu Morey Letters by: Clayton Cowles The ‘City of Bane’ storyline continues in the third chapter of Tom King’s dark tale of a Gotham ruled by villains and twisted heroes, as Flashpoint Batman, Gotham Girl and Bane retain their iron grip on the city. Are the Bat and the Cat ready to face their toughest foes yet…? King definitely picks up the pace in Batman #77, as the narrative progresses with the three distinct plots beginning to come together in a deadly race against time to save Gotham and restore the true Batman. We’re treated to a long awaited showdown between Damian Wayne and Gotham Girl, which was definitely long overdue! Following last week’s questionable defeat over Captain Atom, it was a small win to see Damian outwit the misguided hero, only to come toe to toe with Flashpoint Batman in a shocking showdown. The ensuing battle between the two Waynes genuinely kept me on the edge of my seat, resulting in a surprising twist that I definitely did not see coming – how could Tom King do that to us?! I’m sure this will be one of the most talked about comic issues this week with THAT cliffhanger… It definitely feels like the foundations laid in the three years of world-building are really coming together, spanning his first the very first arc with Gotham Girl in “I Am Gotham,” to Bruce’s first showdown with Bane in “I Am Suicide,” and most recently the Wedding issue with the Bat and the Cat. I know a lot of fans have been wondering whether this slow burn of a romance with Selina (and rivalry with Bane) will eventually pay off in the endgame, but I have hope in King, and I’m genuinely enjoying the ride with Batman’s rogues gallery and a genuinely intriguing tale involving Kite Man. The art really delivers in this issue; I honestly love the menacing design and contrasting colours 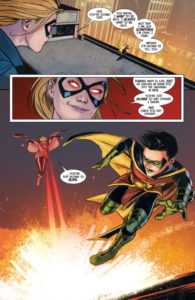 used in Flashpoint Batman’s suit, the red eyes and matching red bat symbol almost glow against the green sheen of Gotham. There’s plenty of action and fight scenes in this issue, with a great kinetic energy bringing them to life. The soft Parisian panels greatly contrast with the darkness and smog of Gotham, and are very reminiscent of the life that Selina and Bruce could have as glimpsed in The Dark Knight Rises. Overall, Batman #77 is a completely gripping entry into the ‘City of Bane’ narrative which fans have long been waiting for, and it definitely pays off! I honestly can’t wait to see the return of the Bat and the Cat and the long-awaited showdown between Bane and Flashpoint Batman – this is now personal… 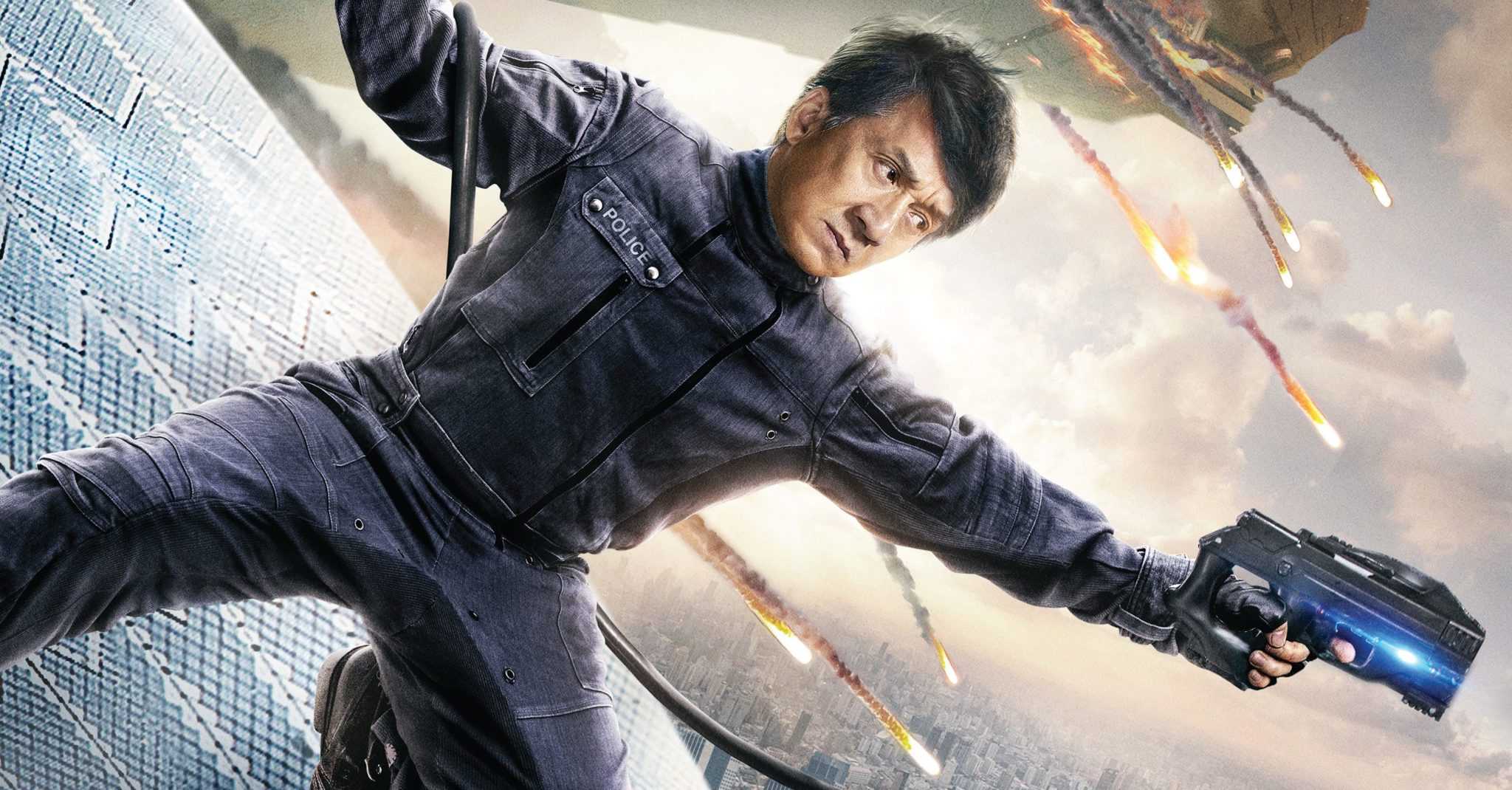 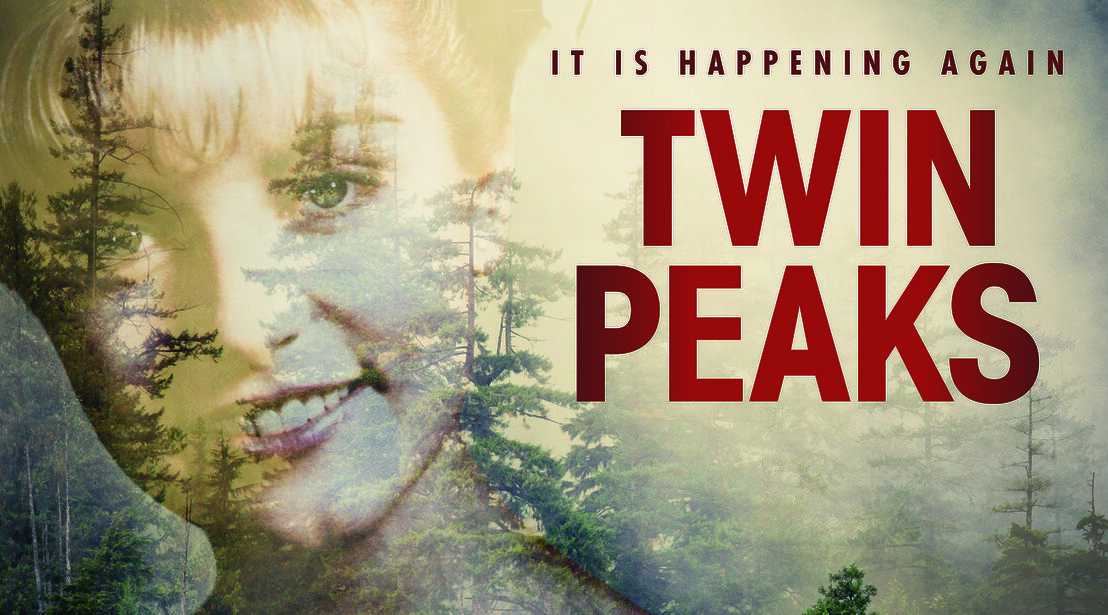