Archer has once again rebooted for the show’s ninth season as Sterling and the gang are transported to the South Pacific in 1939 for Archer: Danger Island. In this version of Archer, Sterling is an alcoholic seaplane pilot and Pam is his co-pilot and sidekick – Chewbacca style! The rest of the gang also have new identities; Lana is now ‘Native Princess Lanaluakalani’, Cyril is businessman/German-spy ‘Siegbert Fuchs’, Chery is newlywed ‘Charlotte’ and Krieger is, well, a parrot…

We’re big fans of Archer here at We Have a Hulk, and out of all of the characters, our favourite has to be Pam Poovey – so we jumped at the chance to interview the voice over actress who brings the former Human Resources Director to life, Amber Nash! She chatted to us about the new series, how she gets into the role, her favourite Pam line and more! 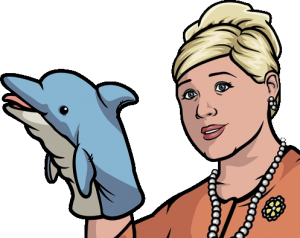 How did you get into voice over work?

So I first started doing comedy theatre and I was working in an improv place, then one of the guys that improvised with me was also a creative director at an advertisement agency, and he was looking for people to do cheap quick radio spots. He asked me to come in and do a couple and he was like, oh yeah you’re fine at this, so he gave me a few jobs. I did a few of those and then I met the guys at 70/30, which is the company that makes Archer before they started calling themselves Floyd County Productions, and they were making shows for Adult Swim. They were just a tiny little company making cartoons out of an old house in East Atlanta and they gave me my first job in animation on a show called Frisky Dingo that they made for Cartoon Network.

How did you first hear about Archer?

I was actually at that little house where they made these cartoons, like five guys making these cartoons for Cartoon Network and Adult Swim, and I was there doing some DVD extras for the second season of Frisky Dingo after the show had been cancelled. And they were like, hey, we want you to see something, and they had a monitor that had Pam’s head on it, I’d never seen Pam before and I’d never heard of the show and I hadn’t even heard of FX! I didn’t even know that network existed yet, cause it was still fairly new at the time. And they’re were like, hey we’re making this show, do you wanna do it? And I was like – yeah! It was just a job for me at that point, I had no idea what it was and that it would be such a hit. I had no idea that there was already a bunch of famous actors on the project, and I didn’t even have to audition for it, they just ask me if I wanted to do it now!

So how did they pitch Pam’s character to you?

They were like, this is your character and she’s the head of Human resources, and that’s pretty much all I got. They said she’s kind of like a punching bag and the butt of the jokes and that’s really all I knew. They kind of told us about the spy and comedy elements of the show, but I don’t know that they fully knew what the whole season was gonna be like yet, because I think they were just making the pilot at that point. 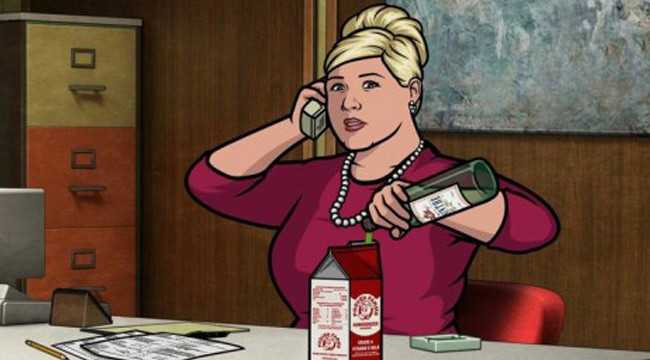 So you’ve got a new series coming up, Archer’s Danger Island, what can you tell us about the new series?

It’s really fun actually. I think season eight was a bit of a dark season, it was noir and it wasn’t as fast or funny as people are used to seeing in Archer. So in season 9 ‘Danger Island’ is back to being big, funny and over the top crazy Archer! It’s set in 1939 and they’re on an island in the South pacific and Archer is a pilot of a cargo plane and Pam is his co pilot, and they explained Pam to me in this season as kind of like Archer’s Chewbacca. She’s kind of the sidekick, she’s huge, she’s like seven feet tall! They sent me a rendering of Pam standing next to Cyril, and she’s so much bigger than he is, it’s really funny! She’s really burly and tall.

So in this series they get into a lot of hijinks, there’s a lot of island adventures and there’s a talking bird. So Krieger is not on the show this season and Lucky Yates is instead playing a talking bird called Crackers, so there’s this kind of a trio, in this little fun group.

Is there anything that Pam can’t do by now, she’s pretty handy in certain situations!

I honestly don’t think so! She’s extremely strong, she can fight, she could drive drift cars and she’s apparently very well versed in the art of sexuality. There’s nothing she can’t do. I think this kind of how the character became so amazing is that Adam the writer and the creator just kept meeting and saying “I need someone to do this – let’s give it to Pam!” and “well Pam can probably do that” and then after a few seasons, she just became this amazing character that could do just about anything!

So how would you describe Pam in three words?

I would say fearless, unapologetic and body.

Is there anything you do to specifically to get into the role of Pam?

Well generally we’ll have a few months off in-between seasons and although I do sound a lot like Pam naturally, I think Pam is a bit more of a character voice than a lot of the actors use, so I feel like I have to kind of remind myself when we start a new season. But saying the word “really”, like the way Pam does, that really gets me back into Pam’s voice. But because I’ve been working on the show for so long, when we do a new episode, I’ll read the script and I’ll know how Chris is going to deliver one of Cyril’s lines or how Ayesha is going to do one of Lana’s lines – I can kind of imagine what it’s going to be like. The director who now directs all of the episodes, Casey Willis, we just kind of screw around and if they’re not getting something the way I originally read it, they’ll just help me out and give me a few notes. 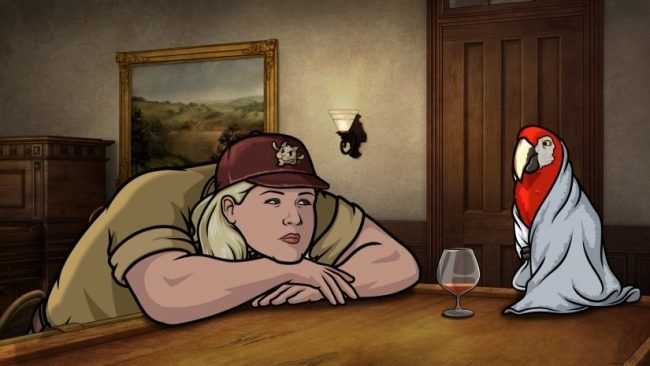 What would you say you’re favourite Pam line is? You’ve had so many funny ones!

Shit snacks is pretty good! I really love the relationship between Pam and Cheryl because I think it’s almost like a kid, sister kind of thing – punching you in the arm kind of relationship! And I like it when Pam gives Cheryl a hard time and one of my favorite lines, which I think is from season two or three, is when Pam’s walking by Sheryl’s desk and she says “hey there neck bones”. It’s a weird thing to call somebody, but it’s so perfectly Pam and Cheryl, so I love that line.

We’ve had Archer Vice, Archer Dreamland and now Danger island. If you could pick a theme or a time period for the Archer gang to visit, where or when would you like to go.

You know what show I’ve been obsessed with recently? Poldark! My husband and I stumbled across it because I was looking for something to watch after Downton Abbey finished here, it’s like being in a romance novel, there’s like crashing waves and there’s guys on horseback with long hair – it’s just so wonderfully over the top. I think that would be a really fun backdrop for an Archer season.

What would be your dream cartoon character to voice?

I’ve said this before, and I really mean it, there was some gossip about the reboot of The Flintstones, Seth McFarlene was going to do it a few years ago, and then it kinda died, but it might be coming back – who knows! And when I heard about that, I was like, I have got to play Wilma Flintstone. I would love so much to play that character, she’s just so iconic, and everybody grew up with the Flintstones – so that would be a dream!

So where did they come up with the whole ant joke scenario?

Oh the ants? I don’t know! Because these guys have been working together for such a long time, Adam Reed, Matt Thompson, Casey etc, they had a lot of inside jokes, and they’re all kind of pranksters, particularly Matt Thompson, he’s a real prankster! And so I have to believe that it’s gotta be from some kind of inside joke that made it into the episode, because they even reference stuff from C-Lab and Frisky Dingo, two shows ago that they made, in Archer that probably 85 to 90% of the people watching have no idea what they’re talking about! I need to ask them about that.

Is there anything else you’re working on at the moment?

Yeah, I’m working in a theatre company called Dad’s Garage theatre in Atlanta, and we’re constantly creating content. We do stuff live on stage every weekend. Lucky Gate who voices Krieger and Crackers now also works with Dad’s garage, and we just did a short film that we are putting out to festivals right now. We did a pilot for a travel show that we’re gonna start shopping around and try to get some traction with. But if you go to dadsgarage.com you can find out all the information about all of our stuff that’s online.

If anyone wants to find you or Pam on social media, what are your handles?

Watch Archer: Danger Island on FXXNetwork on Wednesday’s at 10/9c 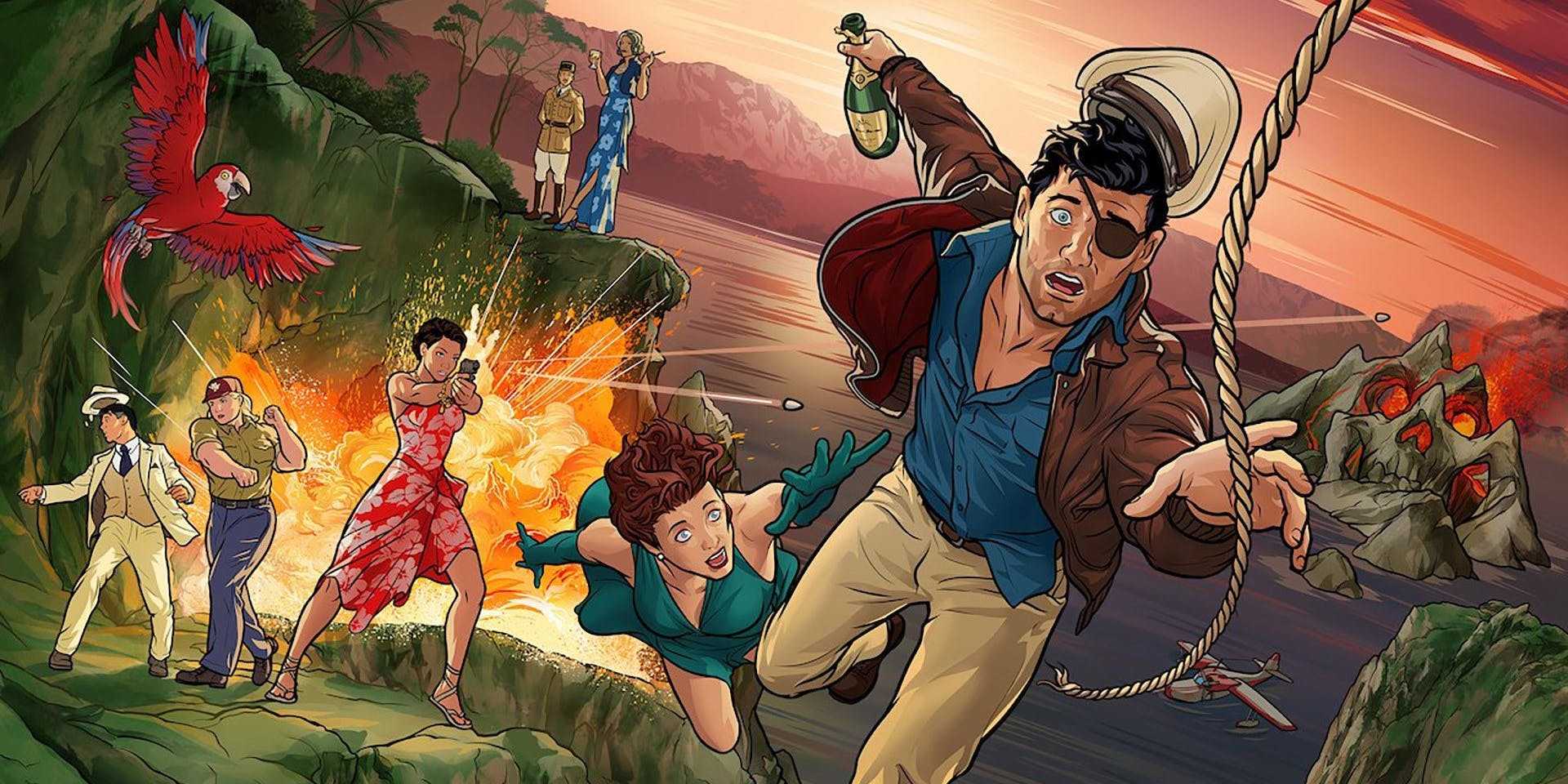 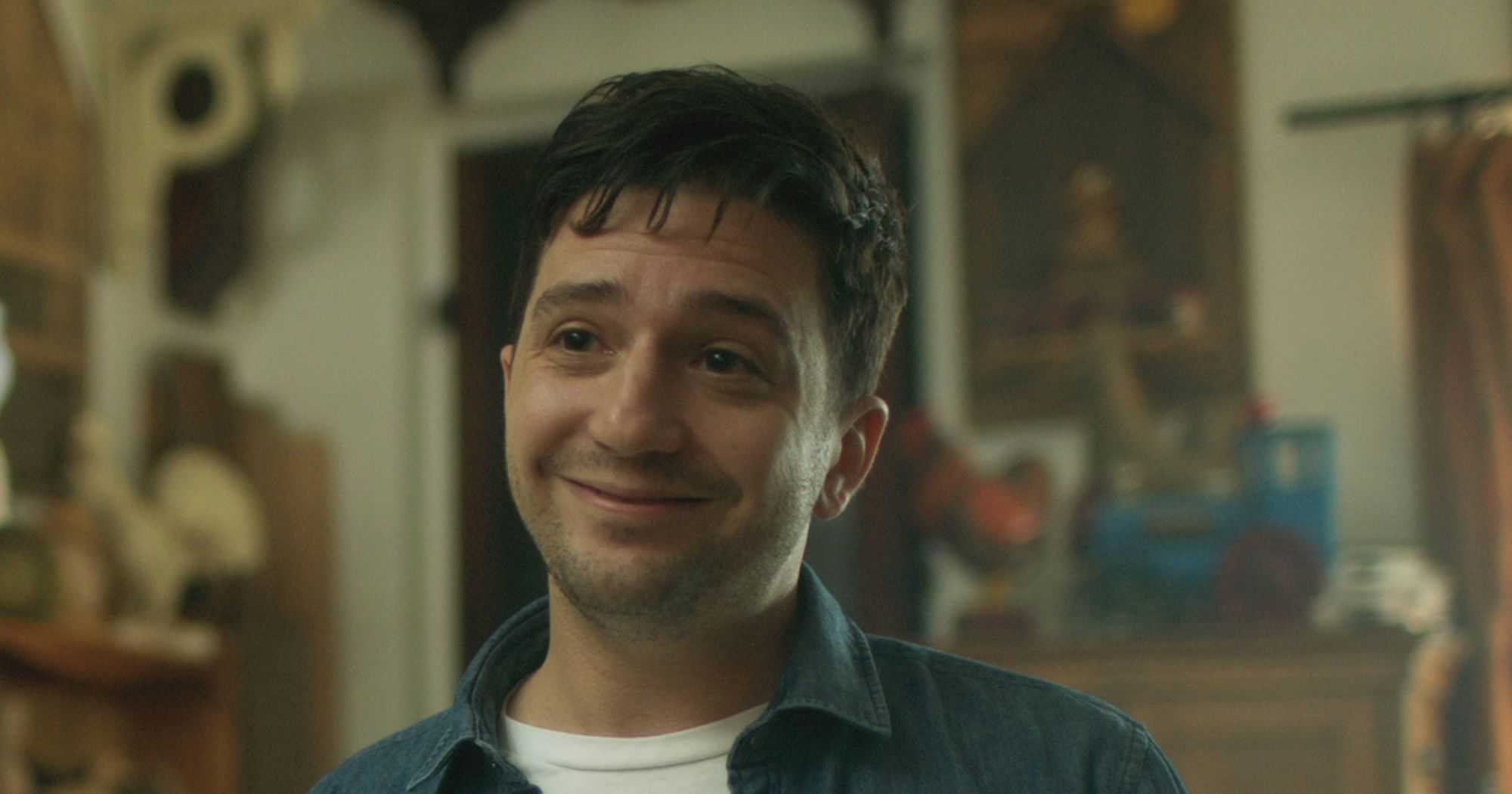 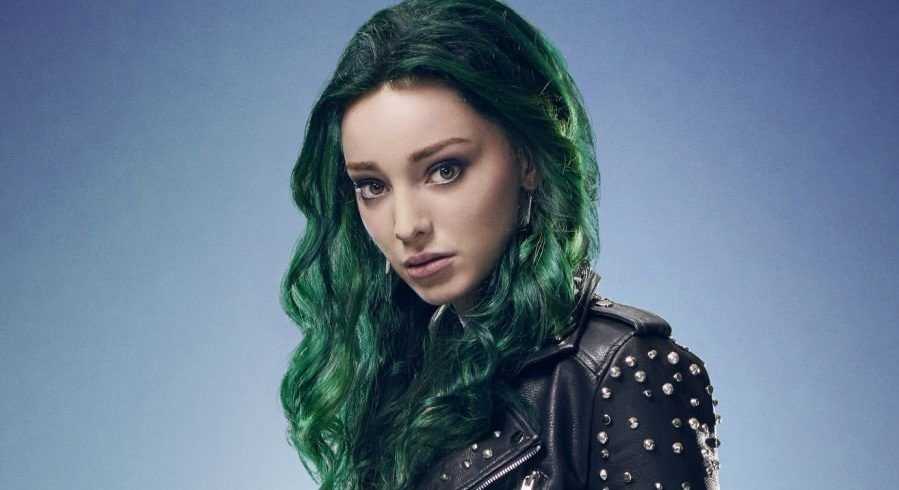