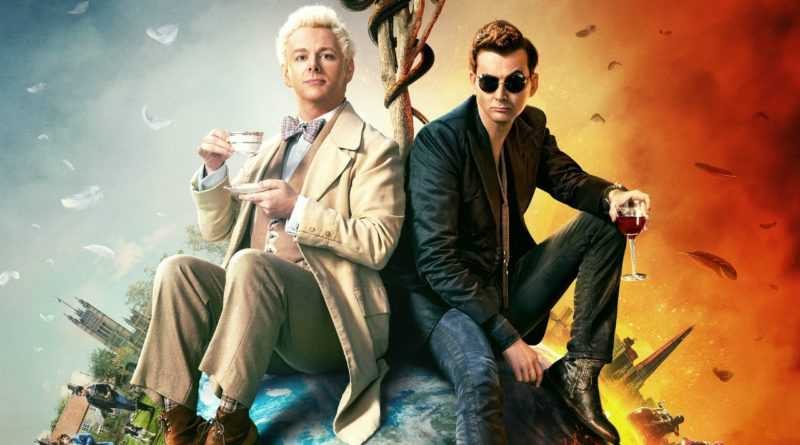 Amazon Prime Video has released a brand new behind-the-scenes featurette for the highly-anticipated Amazon Original series, Good Omens, which launches exclusively on Prime Video in the UK and around the world on Friday 31st May.

Featuring David Tennant (Doctor Who) and Michael Sheen (Masters of Sex) talking about the characters and the making of Good Omens, the featurette also shows Showrunner Neil Gaiman (American Gods) describing Good Omens as “quite possibly even madder than you imagine”. The new film also provides a sneak peek of a range of characters for the first time including Anna Maxwell Martin as Beelzebub as well as giving fans a glimpse into some of the special effects used including the M25 turning into a flaming wall around London and the 400-foot-high CGI-animated Satan, voiced by Benedict Cumberbatch (Sherlock).

In Good Omens, the end of the world is coming, which means a fussy Angel (Michael Sheen) and a loose-living Demon (David Tennant) who’ve become overly fond of life on Earth are forced to form an unlikely alliance to stop Armageddon. But they have lost the Antichrist, an 11-year-old boy unaware he’s meant to bring upon the end of days, forcing them to embark on an adventure to find him and save the world before it’s too late…

Good Omens will launch on Prime Video in the UK and around the world on Friday 31st May.